In an exclusive interaction with The Wire, O. Panneerselvam, the caretaker chief minister of Tamil Nadu, says that he is prepared to prove his support on the floor of the legislature. 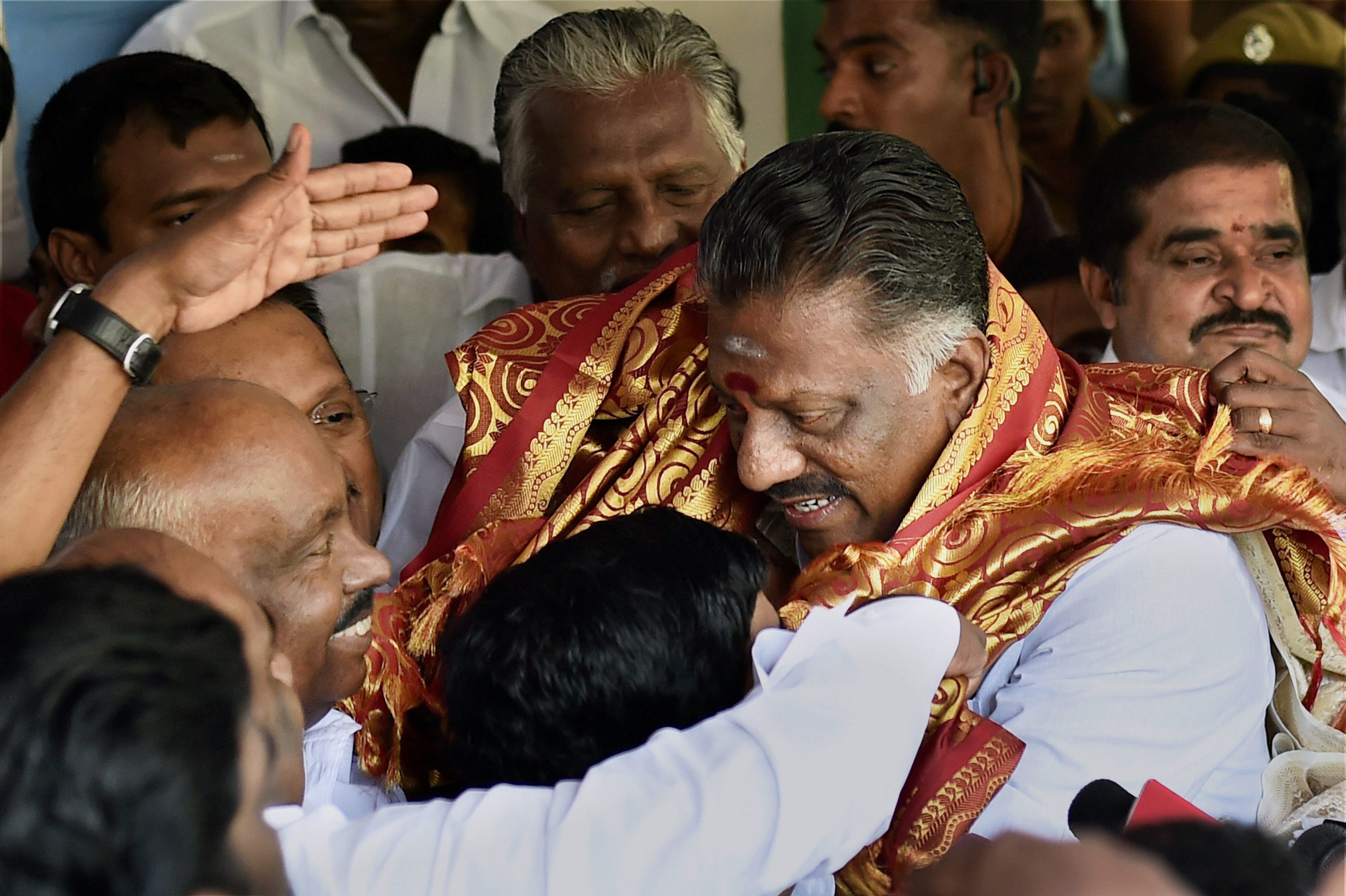 Chennai: Tamil Nadu politics has not seen anything like this for at least three decades – a ruling party on the verge of a split, a mere five MLAs on the side of the challenger to the throne and swirling rumours of over 130 sequestered MLAs.

In Royapettah, barely two kilometres away, the interim general secretary of the ruling All India Anna Dravida Munnetra Kazhagam (AIADMK) – elected by party MLAs unanimously on February 5 as the next chief minister of the state – launched her own blitzkrieg against her mild mannered challenger.

As expletives flew at both venues against the ‘enemy’, it was also a day for gathering forces. V.K. Sasikala, who called for an MLAs meeting, had the clear upper hand, as Gobichettipalayam MLA KA Sengottaiyan shouted out victoriously – “131” – the supposed headcount at the meeting. 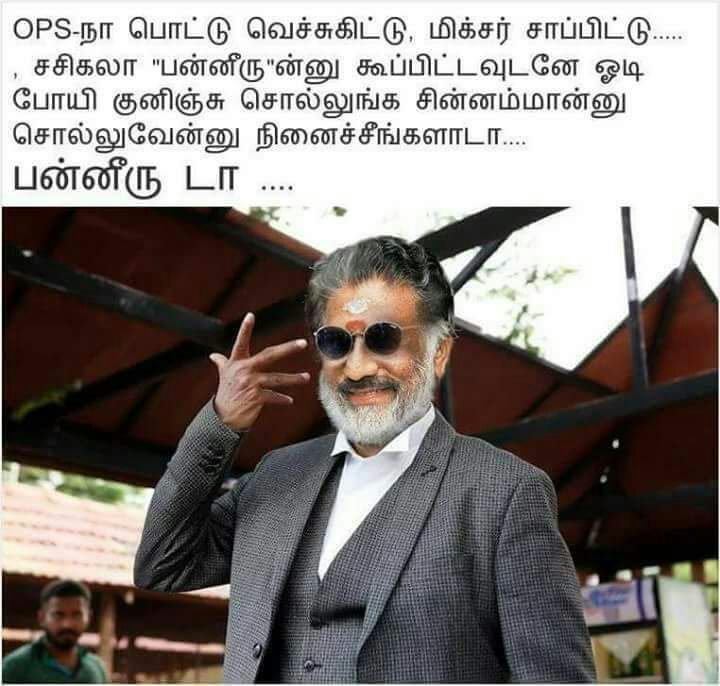 Meme doing the rounds: “Do you think OPS is just this guy who wears a pottu, and eats mixture* and when summoned by his Sasikala goes to her side, bows and reverentially asks what she wants?! He is OPS!”

But by the end of the day, it was clear that at least five MLAs had arrived at OPS’s house to offer him their support. The IT wing of the AIADMK too arrived en masse with shawls to pledge their support to the chief minister. As for the other legislators who are supposedly on Sasikala’s side, rumours were rife that they had been loaded onto buses and taken away to a resort near Mamallapuram, about an hour’s drive from Chennai, so that they would not cross over to the other side. Attempts to verify these rumours were futile as the mobile phones of  MLAs The Wire contacted were switched off.

“I will order a commission of enquiry into the death of the late chief minister,  honourable Amma and it will be headed by a sitting judge,” announced Panneerselvam at a press conference in the morning. Later, he clarified to reporters that he did not suspect any mystery in her death but that he was simply bending to the people’s will, as they had doubts.

OPS also refuted claims that the BJP government at the centre was backing him in order to ensure that Sasikala did not take over as chief minister. “That is a filtered lie,” he smiled when asked about the perception. He also maintained that he did not wish to split the party and that he would remain an “Anna Thi Mu Ka”– ADMK – man for life.

In a late night interview with The Wire’s Sandhya Ravishankar, OPS elaborated on what his next moves would be and why he was so confident that he would sail through a floor test. He also shared a laugh on the memes on social media referring to him as Kabali, a strong don-like character played by Rajinikanth in a blockbuster film of the same name last year and how his image has changed overnight from being alluded to derisively as a chief minister who eats “mixture”* – all thanks to his rebellion.

You do not have the support of the majority of MLAs in the Assembly as of now. You are saying that if there is a floor test, you will prove yourself. Why are you so confident?

OPS: I have faith. Since yesterday (Tuesday), a lot of people have been calling me to express support and a healthy scenario is developing. This will continue. When the assembly is called to session, I will prove the support that I have on the floor of the house.

Sasikala claims to have 131 MLAs on her side. When she has the upper hand, how do you plan to make your next move?

OPS: I believe this is something that needs to be tested on the floor of the house. It is the duty of the governor to decide. He is the only one who can take a decision on this.

Have you seen the memes about you doing the rounds of WhatsApp and social media?

OPS: Yes, I have seen them. I have also been told about many of them by my friends.

Now those memes have changed since your press meet on Tuesday at Marina Beach. How do you view this change of image?

OPS: How have they changed? I have not seen them.

Now you are being portrayed as Kabali, as a Singam (lion). So do you feel your image has improved amongst the people, after your rebellion?

OPS: (Laughs heartily) I am an ordinary man. Anyone’s image becoming good, is due to what the people think of that person. Whoever is trusted by the people, will be thought of well by the people and lauded. This has been proven by social media. If it is me, then I will work unto my last breath to ensure that I live up to that trust.

*Editor’s Note: The reference to ‘mixture’ in these memes is a throwback to a classic scene by the comedian Goundamani in the Tamil film Naatamai in which he points to a man (sporting, like OPS, a white veshti and shirt, and a ‘pottu‘ on his forehead) and says, “Yaara avan ..ivlo amali thumali nadanthutu iruku..dummiya ukaandhu mixture saaptutu irukan” (“Who’s this dummy? There’s so much clamour going around but he’s sitting by himself and eating mixture”). The memes first surfaced during the jallikattu protests on Marina beach.