The move by the CIC can likely revive the BJP-AAP spat over the prime minister’s educational qualifications. 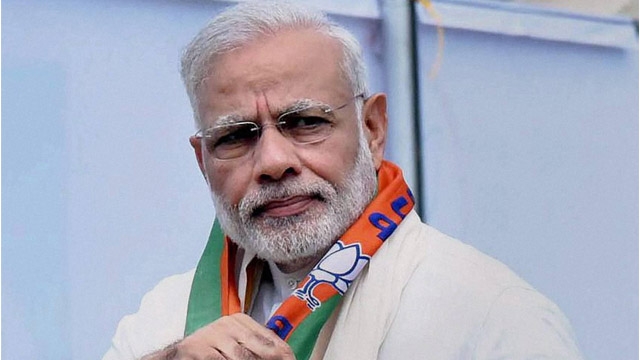 In what seems to be a case of a senior government official being caught in the yearlong political battle between the Bharatiya Janata Party and the Aam Aadmi Party over Prime Minister Narendra Modi’s educational qualifications, Information Commissioner M. Sridhar Acharyulu was abruptly asked to hand over the charge of all cases relating to the human resource development (HRD) ministry to his colleague, Manjula Parashar.

On the evening of January 10, Chief Information Commissioner (CIC) R. K. Mathur issued a notice stating that all complaints and appeals relating to the HRD ministry will now be looked into by Parashar, the Indian Express reported.

While hearing an RTI application by one Neeraj, Acharyulu overturned the DU central public information officer’s (CPIO) decision to deny the information. The university had contended that disclosure of 1978 university records will invade the privacy of the students and the information “has no relationship to any public activity or interest”.

However, Acharyulu, who was hearing an appeal against the university’s decision, said that the university could not provide any evidence or explain how such information causes any “invasion of privacy”, and allowed for inspection of records.

The withdrawal of powers from Acharyulu also appears to be sudden since on December 29, the CIC had issued a notice allowing him to retain the power to intervene in HRD ministry matters.

The year 1978 holds significance since Prime Minister Modi, in his election affidavits, has claimed to have completed his undergraduate degree in that year.

Both the BJP and AAP were at loggerheads through most of last year over Modi’s educational qualifications. AAP contended that Modi might have lied about his degrees in his election affidavits. Kejriwal, in fact, went on to write to the CIC alleging that the prime minister is influencing concerned departments to release details about his degrees.

The CIC had then treated this letter as an RTI application and had directed both Gujarat University (GU) and Delhi University to give Modi’s roll numbers to the universities so that they could find out the necessary details.

The BJP, throughout AAP’s attack, had been reticent both in divulging information and in clarifying its position on the matter. However, after the CIC’s intervention, both GU and DU had confirmed that Modi had indeed finished his MA and BA degrees.

Confirming the details in his election affidavits, the degrees showed that Modi completed his BA from Delhi University in 1978 with a third division and finished his MA in ‘Entire Political Science’ with a first division in 1983.

However, the controversy refused to die. Soon after, BJP leaders flashed Modi’s degrees at a press conference and blamed AAP for having stooped low in politics. In turn, Kejriwal and his team retaliated by pointing out discrepancies in the degrees, suggesting some kind of forgery.

AAP leader Ashutosh said that the awardee’s name in the mark sheets and the degree were different, and that names could be changed only through an affidavit. He demanded that the BJP produce the affidavit. He also pointed out that the final year mark sheet was awarded in 1977 while the degree stated that Modi graduated from DU in 1978.

ThebBJP, however, responded that Modi had failed the examinations in 1977 and had therefore taken the final year exams in 1978, the year the degree was awarded.

The CIC’s order could give AAP yet another opportunity to revive the debate over Modi’s qualifications.

It is in this context that the CIC’s decision to remove Acharyulu from HRD ministry-related tasks assumes political significance.