That support for Narendra Modi as the best choice for the next prime minister has plummeted is a telling affirmation of the people’s alertness to the objective status of the Union and of their stakes within it. 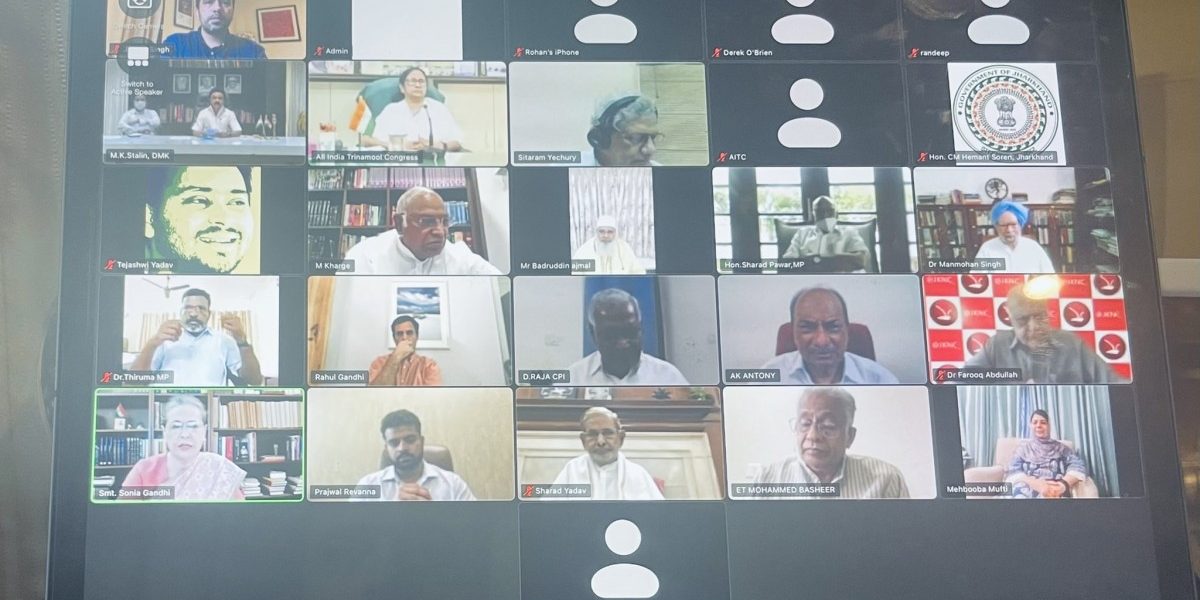 Representatives of some of the 19 opposition parties which met virtually on August 20, 2020. Photo: Twitter/@jayantrld

The honeymoon may be over. And the charm may be wearing off.

Prime Minister Narendra Modi, who secured a 66% popularity rating in August 2020, has seen this plummet to 24% this August.

So do not blame the people.

Had it not been the case that their mesmerised lurch to communal identity politics over the last seven years especially is taking a back-seat to the urgency of real issues, Modi’s fall may not have happened as steeply as it has.

That the charm lasted so long is no unique occurrence in the history either of Independent India or of the world at large.

Concomitantly, the discrete “compulsions” of India’s non-BJP parties severally are never as gaping as were those between a democratic US and the Stalinist Soviet Union.

They did come together, as must those parties in India who share a common allegiance to democracy and the Constitutional republic.

That such an awareness is taking firm hold among them is testified to by the proceedings at the virtual conclave organised by Sonia Gandhi, the interim president of the Congress, in which some 19 opposition parties registered both their participation and their unequivocal concern that it may be now or never to salvage the pluralist, democratic, and constitutional legacy of the freedom movement.

That this was no proforma or hollow coming together is evidenced by the litany of concretely formulated concerns voiced by all participating parties and forthrightly inscribed in a “joint statement.”

That not even the clubbing of Mandal and Kamandal has prevented Modi’s fall to a rather ignominious 24% – just a few percentage points above a much-derided Arvind Kejriwal – is a telling affirmation of the people’s alertness to the objective status of the Union and of their stakes within it. 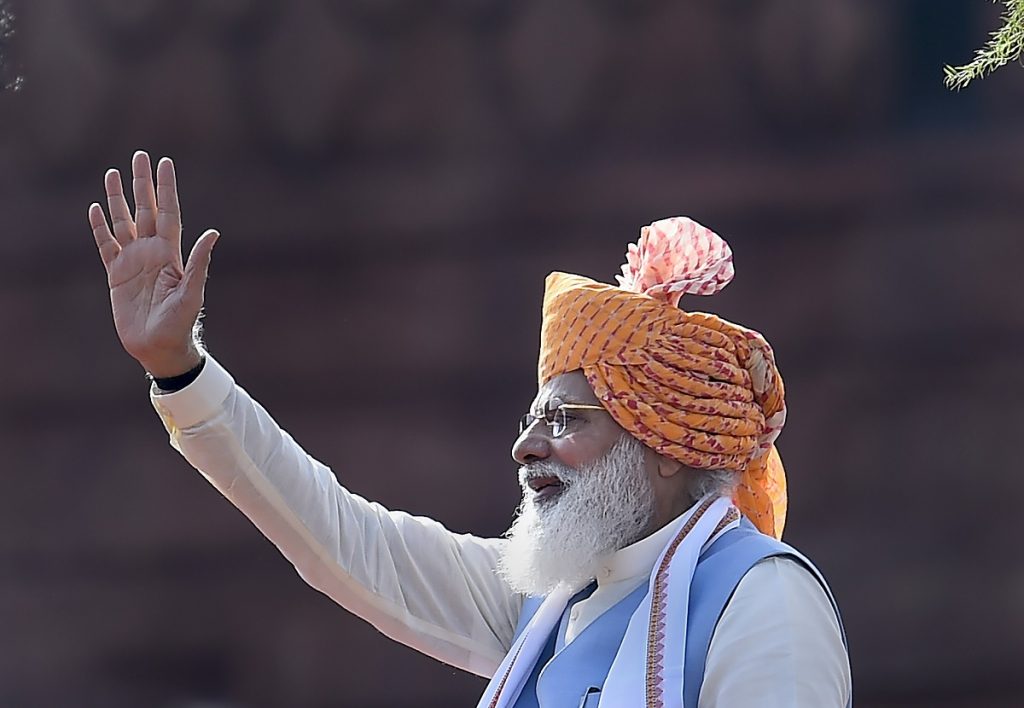 As at the hour of the erstwhile “India Shining” episode under the then A.B. Vajpayee regime (2004), the false imperative of declaring a leader to the gathering movement has been wisely set aside as ephemeral to the macro-historical need of the life of the residual republic, most eloquently by the redoubtable Mamata Bannerjee herself.

It is the long list of issues that must lead.

That Sonia Gandhi has clearly said, the movement must be consolidated outside parliament on the street, and a programme of action has already been chalked out for the ten days between September 20 and 30, to begin with, is a concrete augury.

The strategems of the ruling establishment – and the media outlets that bolster their interests (including now a stalwart who in earlier days spoke rather more freely to the depredations wrought by the Modi regime), will be as follows:

a) to seek to strengthen the politics of majoritarianism (note the visit to the iconic Somnath temple etc.,);

b) to marshall private corporate interests aligned with the Modi government to cry the so-retrograde fall back of India’s fabulous (sic) developmental journey (even if largely non-existent) into old-world welfareism;

c) to rachet up the contradictions among opposition parties, so that the people are warned of the chaos to come;

d) to draft state agencies more fiercely still to debilitate the will of as many constituents as may be thought possible;

e) to use the humongous money-power of the ruling party to engage in a country-wide purchase of political protagonists;

f) to take recourse to the war-cry “nation-in-danger” from invidious foreign powers that only the Modi dispensation may defeat.

g) and, to fudge facts and unleash disinformation at an avalanche-level in order to draw public attention once again away from the sum and substance of their lived experience of the last seven years.

h) and, finally, the trump-card slogan that the opposition has no one to match the Modi leadership.

After all, this notion of the inevitability of the Modi leadership has come into question now from within the BJP itself. A man no less than a cabinet minister, namely Nitin Gadkari, has now spoken of Nehru and Vajpayee as ideal leaders for a democracy.

This surely should give some food for thought both to Modi and the opposition.

That the new combined opposition is seized of these eventualities is now clearly in articulate evidence, enhancing the prospect of meeting them with effect.

Pegasus, the flying harbinger of truth, may indeed have precipitated a moment of historical reckoning long overdue.

It may have brought home to the opposition that the time has come to defeat the primary antagonism of the day rather than remain embroiled in lesser internecine skirmishes.