The Indian Liberal Nostalgia for a Tolerant Hinduism Is Misplaced

The liberal resort to some pristine tolerant Hinduism can never be a truly critical response to the dangers of Hindutva. 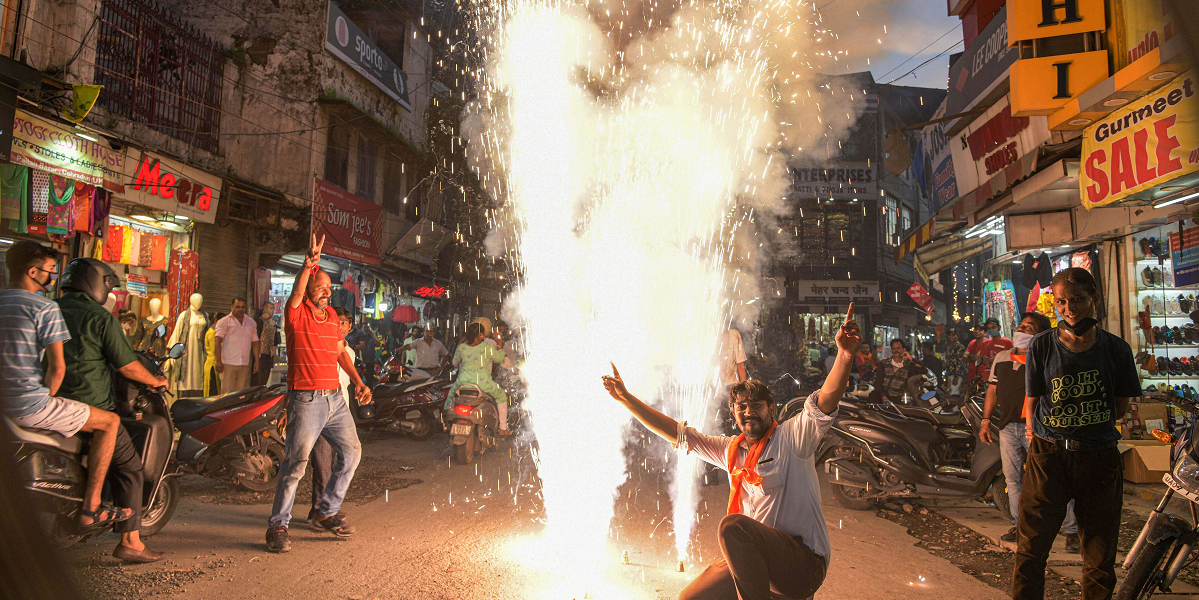 People celebrate after the bhoomi pujan of a Ram temple in Ayodhya was held. Photo: PTI 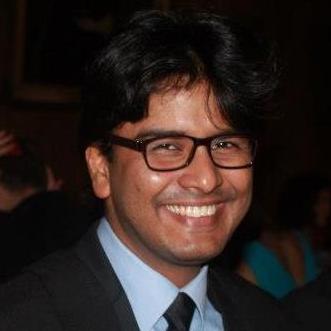 In this dark hour of Indian democracy, the response of liberals to the success of the Ram temple agenda has been most peculiar. Some Indian liberals were not found bemoaning the death of secularism with as much passion as they were found crestfallen about the loss of some idyllic Hinduism of their childhood memories. Hindutva, they claimed, has taken away from them a wonderful world of local religiosity in which they grew up. And despite this professed affinity with a religion they say the Hindutva camp has hijacked, other liberals are busy attacking the secular camp for not taking religion seriously enough.

It should be obvious to any student of political theory that these are unexpected responses from any liberal mind to the current situation in India, when the final traces of secularism are being destroyed by the rise of Hindu-supremacist fascism. Liberals ought to be committed to the exercise of reason, to rights and freedoms embedded in constitutions and to institutional arrangements of secularism that uphold liberal values of liberty, equality and justice.

To cite an example of the response of an anguished Hindu, Pratap Bhanu Mehta, a leading public intellectual, wrote in an opinion piece how, for him, Ram was a source of “compassion”, a “name…uttered in the anguish of suffering and the ecstasy of liberation”. The deity was “the last Refuge” he “woke to, and slept to”.

Mehta’s response certainly flies in the face of arguments that have laid the blame for the rise of Hindu fascism at the doors of the so-called ‘secular elite’. Yogendra Yadav writes:

As Mehta’s article demonstrates, or other writings by politicians like Shashi Tharoor show, nothing could be further from the truth. There are actually plenty of members of the Indian liberal secular elite who are now expressing their nostalgia for a lost Hinduism.

In my view, contrary to the arguments of Yadav and others like him, the liberal nostalgia about Hinduism makes evident something that Dalit-Bahujan thinkers have pointed out for long: the liberal elite in India was never divorced from its deep entanglements with their Hindu identity. The figure of the secular elite mocking religions is a straw figure.

So, how do we square the circle? The answer is in acknowledging the role played by caste.

Whether it is the industrialist or the landlord, those educated in science, social science or humanities, whether it is the political leaders of the right, centre or left, they always maintained deep investments in the enchanted privileges of Hinduism. Never had they actually ever been animated by a scientific temperament. They remained caste Hindus, enjoying the fruits of this identity.

The truth is that only a savarna man can look back longingly at the loss of some pristine Hinduism as some liberals are doing today. After all, it was that ‘lost’ Hinduism that had bestowed them with privileges of a lifetime as caste Hindu men. Their names had always commanded respect in Indian society, their education and professional success was a matter of entitlement for those of their background, and this world of privilege was beautifully enchanted by some Hindu deity’s grace.

When liberalism arrived in their world, it provided caste Hindus with the shield of individualism to protect the boundaries of this enchanted space in their bosom. This enchanted space of religiosity and its concomitant privileges are clearly the most precious possession of a liberal intellectual in India. For after all, the entire function of liberalism here was to be the gatekeeper of this citadel. No wonder, the loss or weakness of liberalism and reason are not what most hurts the Indian liberal. What hurts is the right-wing takeover of their enchanted garden of religiosity. 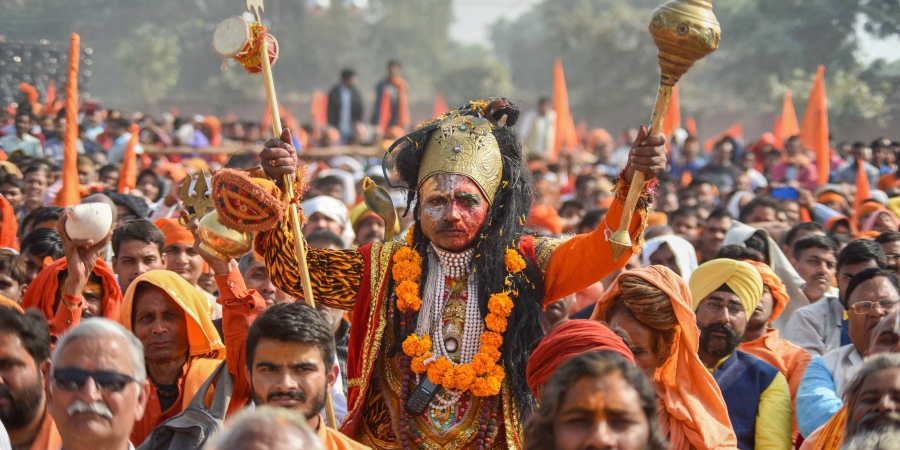 The liberal resort to some pristine tolerant Hinduism can never be a truly critical response to the dangers of Hindutva. Photo: PTI

An enchanted garden nourished by blood

We would do well to remember that this enchanted garden was, however, nourished by blood. The blood of Dalit-Bahujans, the blood of women, the blood of non-Hindus, and the blood of those considered ‘deviant’. Caste and patriarchy are the soil of this enchanted garden. One only has to dip into the history of Brahmanical atrocities on Dalit-Bahujan and women’s bodies in any period of Indian history, for this to be clear. Liberals are reluctant to ask why Hinduism as it evolved managed to abandon every critical voice in its fold and continues to do so.

Lower-caste dissidents in the past, for example the poets of the medieval Bhakti movement such as Kabir and Chokhamela, had restructured elements of Hinduism to chart new modes of religiosity, one imbued with a social critique of the caste order. But they were disowned by the orthodox Brahmanical establishment and later sometimes opportunistically incorporated into Hindu pantheons to neutralise their threat.

This insidious incorporation is also evident in the case of women dissidents such as Meerabai. For even as the orthodox sing Meera bhajans, it is not Meerabai’s subversive life that is upheld as the ideal by caste Hindu families for their daughters. However, these figures from the medieval world had sought to carve out critical spaces within the enchantments of Hinduism. The genealogy of disenchantment is not to be found in these religious battles, even as they reveal a world of resistance in the past.

I would posit that it is in the disenchantment of the Dalit self, born out of bearing the wounds of Brahmanical violence, that the true foundation of critical reason in modern Indian history can be found. For this is not the intellectual posturing of Brahminical disenchantment ever since the encounter of caste Hindu men with colonial modernity in the 19th century, a posturing that secretly held on to religious nostalgia. Dalit disenchantment is a true liberation from Hinduism, brimming with anger and rage against Brahmanical patriarchy, an exercise of critical reason that can set us free.

The history of injustice in Hinduism, then, is much longer than the career of Hindutva, which was invented only in the 20th century by pro-colonialist fascist bigots. And Hinduism requires this enchantment experienced by Indian liberals to conceal the blood on its hands. The liberal resort to some pristine tolerant Hinduism can never be a truly critical response to the dangers of Hindutva. It can only be a capitulation to it, revealing their own compromised intellectual foundations.

But should this make us nostalgic about some pure liberalism instead, about an ideal liberal order that Indian caste Hindu liberals have failed to live up to? I think not. Liberalism was born in defence of capital. And it has always functioned to protect privilege. In the Indian case, it was picked up by caste Hindus to defend their enchanted citadels of privilege.

Liberalism has repeatedly failed to deliver liberation and emancipatory movements have had to devise new ideas for breaking free of structures of oppression. The liberal, however, is able to, at least, make claims to promises of freedom. The Indian liberal has evidently given up on even that minimum. They just want their enchanted gardens back. In this moment, when Indian liberals have been caught with their liberal clothes sliding off, what has emerged from behind is the sacred thread they were wearing all along.

Partha Pratim Shil is a historian of modern India and a Junior Research Fellow at Trinity College, Cambridge