India Is Not a 'Dharamshala' for Undocumented Immigrants: Amit Shah on NRC

"Only those who are its citizens should stay here and only they have the right to the resources of this country," the BJP president said. 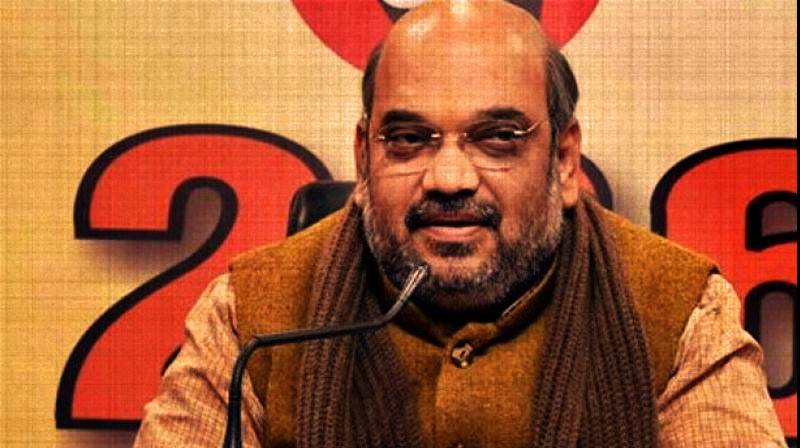 New Delhi: BJP chief Amit Shah said on Saturday that Indians have the right to the country’s resources, and it is not a ‘dharamshala’ where undocumented immigrants can come to settle down.

Describing illegal immigration as a threat to the country, Shah said the National Register of Citizens (NRC) is a way to solve the basic problems of the country and should not be connected to the BJP.

“NRC should not be seen by connecting it with the BJP only. It is a way to solve the country’s basic problems. How is it possible that anyone can come and settle down here? The country cannot run like this. Only those who are its citizens should stay here and only they have the right to the resources of this country.

“This country is not a dharamshala (charitable shelter home) that anyone can come and settle down here,” Shah said while speaking at the Jagran Forum organised by the Dainik Jagran media group.

Also Read: What Lies Behind BJP’s Eager Support for Updating NRC in Assam

Taking on opposition over the issue, the BJP chief alleged that the “intruders” have been used as a vote bank for 70 years and they are a threat to the country, whereas the BJP believes in taking tough decisions which are in the interest of the country.

Earlier this year, Shah courted controversy by saying that Bangladeshi immigrants are like termites and each one of them should be struck off the electoral roll.

The complete draft of the NRC was published on July 30 and included the names of 2.9 crore people out of the total applications of 3.29 crore. Those omitted have been given an opportunity to submit documents afresh to prove their residency.