Where Are India's Dissenting Hindus?

As anti-Muslim rhetoric festers, the Hindu majority continues to fail to raise its voice against the BJP's toxic politics of hate. 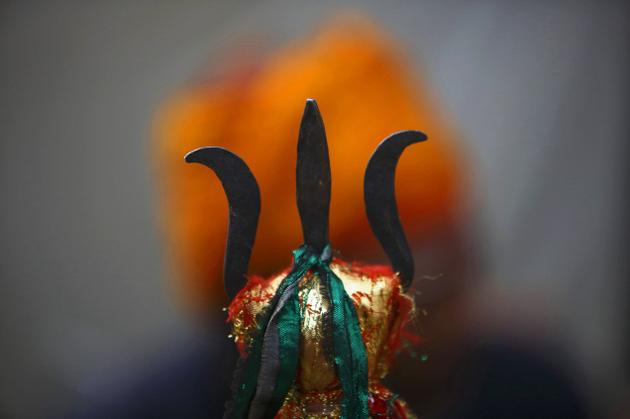 In these troubled times, the world’s two largest democracies – India and the US – are increasingly becoming hostile, threatening places for people with Muslim names. US President Donald Trump’s ban on the entry of citizens from Muslim majority countries signals an official ideology legitimised from the top that people of Muslim faith are potentially dangerous. In India, the appointment of a man who revelled in hate speech and communal incitement against Muslims as chief minister of UP, the country’s most populous state – which, if independent, would be the fifth largest country in the world – similarly signals, in the words of The Guardian, that “.. in India minorities exist mainly on the goodwill of the majority. Step out of line and there will be blood.” And blood has already begun to flow.

By all estimates, India is heading for a scorching summer. Signs are evident everywhere that the soaring mercury will be matched by the sweltering heat of hate speech and violence stirred against the country’s minorities. In his early years in the country’s highest office, Prime Minister Narendra Modi somewhat distanced himself from his own hard-edged communally surcharged oratory during his tenure as Gujarat chief minister by resorting to a rhetoric of relative moderation, especially when speaking on foreign soil.

His party president, ministers and legislators, however, felt no need to don a mask of restraint in their continued communal, and often openly hateful, public provocations. This division of labour was useful for those who wished to explain away their support for Modi as being for his business-friendly economic policies and not his communal agenda, which they claimed was being pursued by his aides against his will. This apology never really carried real credibility, because a leader as powerful as Modi could easily have brought all his colleagues into line with a single rebuke if that was what he really wanted. However, with rabble-rousing Adityanath’s selection, it is clear that he no longer feels a need for masks. With Trump’s openly bigoted anti-minority stances, there is today a much more permissive environment for countries like India to also follow Muslim-baiting strategies more openly.

We have often heard of the frog who when thrown into a pot of boiling water, reacts immediately by jumping out. If the frog is placed into lukewarm water, which is slowly heated, it does not react or resist even as the water gradually boils, and the frog ultimately dies. Zoologists today contest the science of this experiment, but as a metaphor, it vividly illustrates the difference between what is unfolding against Muslim minorities in the US and India.

Trump, with his brash inexperience, threw the frog into boiling water. The cruelty and injustice were clearly visible to the world, and the frog also reacted. In India, the process is much more akin to a slow but lethal raising of temperatures, through countrywide cow vigilante attacks, campaigns against religious conversion, communal election rhetoric, and the demonising of Muslims as terrorists, sexual predators, serial divorcees and irresponsible breeders. Observers are unable to comprehend the enormity of the assault. The frog – for us, the democratic rights to equality and freedom of Muslim minorities in both countries – is gradually being boiled alive.

Also read: Indians Angry at Trump’s Ban on Muslim Refugees Should Look at What Modi is Doing

In India and the US, the rhetoric led from the top convinces the dominant groups that it is they who are persecuted, rather than being the oppressors or even the privileged. Thus, in the US, white Americans are persuaded that the country belongs to them, but is being taken away by coloured people, alien immigrants and untrustworthy Muslims. In India, the message is that the country belongs to the Hindu majority, but it is being stolen – aided by corrupt ‘secular’ parties – by Muslims whose loyalty lies outside this land. This moral inversion resonated in both democracies, spurring the rise of a minority persecution complex in the majority.

This systematic hate propaganda met with some resistance from white Americans, mostly college educated. In India, however, the greatest support to divisive ideologies comes from people with the highest levels of education and privilege. I find much greater instinctive willingness for peaceful and respectful co-living between people of differences in India among those who have been denied education and benefits of economic growth. This worryingly illuminates what higher education does to those who benefit from it in India – far from building liberal values or scientific temper, it seems only to nurture a sense of selfish entitlement and prejudice against minorities of various kinds and the poor.

These differences endure even when the privileged and educated Indians migrate to the US. Recent immigrant Sukhada Tatke observes in an article in the Firstpost the glaring absence of voices of fellow Indians in street demonstrations and protest marches as well as on social media feeds after Trump’s election. She speaks of her California-based cousin who wondered why she was so distraught: “Nothing he does is going to affect you, he had said. Is that any consolation? I snapped back. Today, only after new moves in the president’s immigration policy has he slowly begun to speak out against the dangers of a Trump presidency because he himself feels threatened by it.”

The most striking differences between India and the US has been the response of ordinary people to the anti-Muslim policies of their governments. Protestors gathered with welcoming signs at American airports within hours of the first travel ban being announced, people visited their Muslim neighbours to reassure them of their safety, judges at all levels struck down the presidential order, lawyers gathered at airports to offer legal aid and film actors spoke eloquently for the rights of people of colour and minority faiths in film award functions.

In India, I wait for the day when in UP villages where posters have come up giving notice to Muslim residents to leave, Hindu residents reassure their Muslim neighbours that they are both welcome and safe; where they fight to defend the security and livelihoods of tens of thousands of people threatened by cow politics and contested abattoirs; where students, teachers, lawyers, doctors, workers, farmers, actors and journalists all join the battle against the toxic politics of baiting and scapegoating minorities.

Our silences can only signal our complicity with the brazen changing of India into a Hindu country. A land where minorities must submit, else blood will flow.