India Does Not Need the ‘Cruel Optimism’ of Harmful Fantasies

'Cruel optimism' is delusionary thinking in the hands of ordinary people. It is worse than that in the hands of people in power and will not lead to a more humane and egalitarian society. 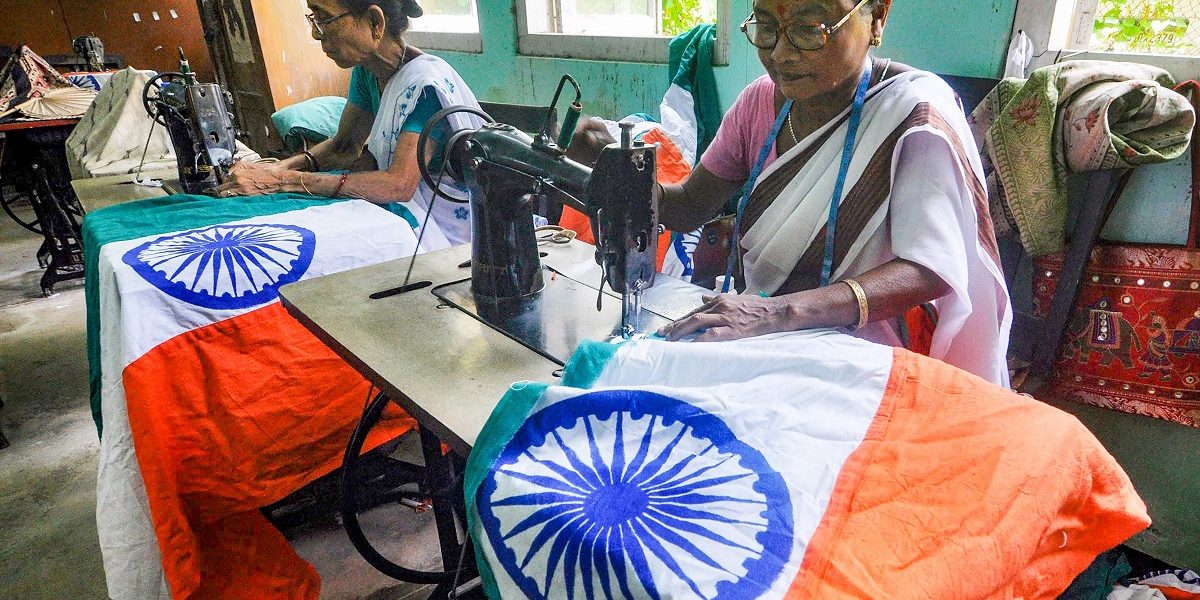 Women stitching National Flags of India ahead of the celebration of the Independence Day at the Assam Khadi and Village Industries Board in Guwahati, August 2, 2021. Photo: PTI 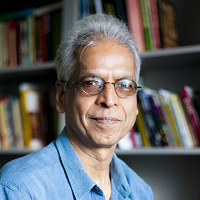 New political languages and articulations have enabled the rise of right wing, authoritarian regimes in countries around the world. Reflecting on these, the American Marxist, feminist, queer theorist, literary scholar and cultural critic Lauren Berlant coined the term ‘cruel optimism’ to describe attachment to dreams that are grounded in delusion and bound to crash. The term contributed to new scholarly and journalistic analyses of conditions and practices that gave rise to Trumpism in America. It applies forcefully in Narendra Modi’s India too and urges us to revisit the question of alternative languages and political possibilities for our time.

Berlant’s 2011 book Cruel Optimism opened with the sentence, “A relation of cruel optimism exists when something you desire is actually an obstacle to your flourishing.” Several Berlant scholars noted how carefully plotted narratives, spun by political leaders and their media outlets, led to inflated expectations and despair. Nativist dreams of advancement and prosperity conquered the airwaves, even as basic social services and welfare were decimated – in India, as in the US and many other advanced capitalist countries.

Make America (India) Great Again; Shining India; India, the harbinger of civilisation; India, the next Great Power with its IT muscle and nuclear weapons. Great Leaders, Great Nations, Great Religions and Ideologies: large numbers have felt the lure of these distant objects of desire. Blind faith in such leaders, nations, ideologies comes to be entrenched. “They will certainly deliver. Their resources and integrity are unmatched. We should be proud of what Modi has done for India, however great our disappointment and suffering today.”

Observe how in this distorted vision, the people of India are asked to forget about demonetisation; the Citizenship Amendment Act and other ill-advised laws; the abrupt countrywide lockdown that locked hundreds of thousands of the migrant poor out of jobs, livelihoods, trains, and the chance of safely reaching their homes in distant villages and states; the Rs 20,000 crore being spent, not on rescuing the country from a raging pandemic, but on a Central Vista Project in Delhi aimed at satisfying the whims of a deluded leader and his astrologers. 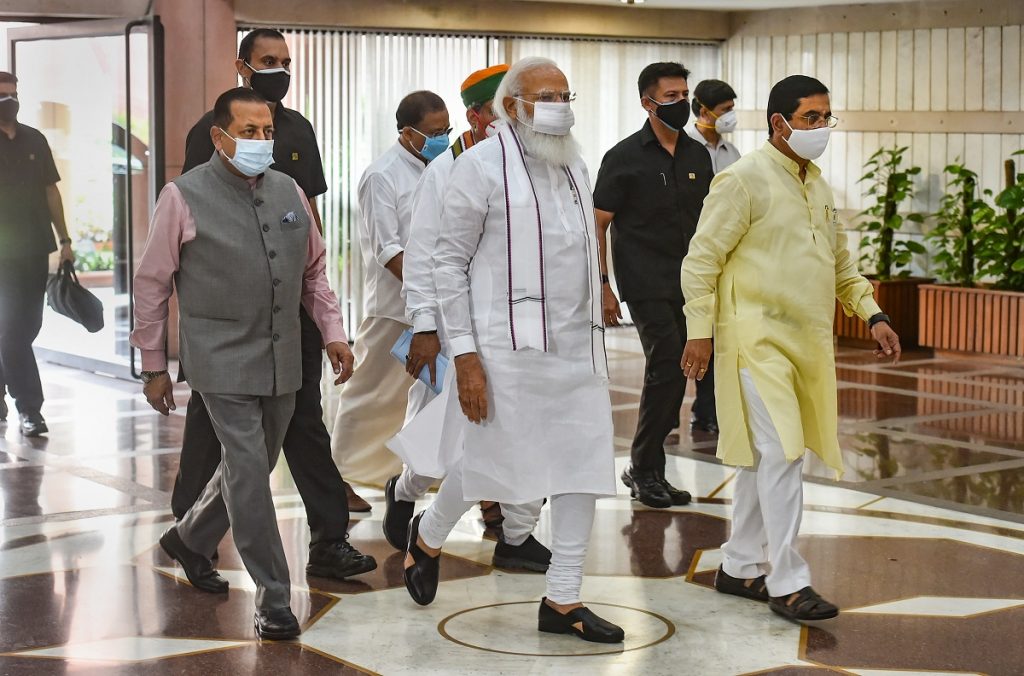 Harmful fantasies have come to hold sway, in many countries, because the alternatives seem more painful. “Who else can take over the reins of government at this time? Isn’t our prime minister an honest ascetic? Don’t these criticisms of government policies only give the country a bad name?” Not only do such beliefs spread among the middle classes, with their dreams of assimilation into the American Dream – or its equivalent, in India or elsewhere – but also among the marginalised and the downtrodden, who are looking for a means of escape from unemployment, oppression, poverty, disease, and death.

Cruel optimism is delusionary thinking in the hands of ordinary people. It is worse than that in the hands of people in power: it is callous, self-interested, criminal behaviour. I noted that fantastical dreams have spread not only among the middle classes. But the Hindu middle classes seem especially deluded, as they pour blame on Muslims, and lower castes, and “immigrants” and “criminals,” for disrupting their advance to the American frontier. Given their distinctly advantageous position, the opportunities open to them, and their power to influence public opinion, this middle class failure to think independently, and critically, is doubly damaging. Part of the strength of the great wave of anti-colonial movements from the later 19th century through the early and middle decades of the 20th lay in the fact that middle classes – who, in India, included Hindus, Muslims, Sikhs, Parsis, Anglo-Indians, Christians, Jains and in time Buddhists – were to the fore in a whole range of political and intellectual struggles.

Considerable forces of resistance and opposition have made the point that India can do without the self-declared saviour, Narendra Modi, and the impunity and machinations of the BJP and its associate storm-trooper organisations. The Muslim women of Shaheen Bagh and Park Circus, the farmers of Haryana and Punjab and UP knocking at the gates of Delhi, Dalit and tribal activists and the NGOs working with them, idealistic students and youth, minority citizens of the northeast and northwest India – people across the country dreaming of a better future, have called upon opposition forces to come together, and overthrow the rule of the corrupt and cruel 1% or 5%.

For this groundswell of opposition to succeed, and give rise to a more constructive and productive political outlook, the professional middle classes, intellectuals and organised political groups have to do their part. Regional (and once nationally significant) political parties, moderate as well as progressive, need to recognise the costs, national, social, and individual, of their continued squabbling, drop their quest for opportunistic alliances aimed at short-term electoral gain, and mitigate their differences through agreement on a minimum programme.

There is an array of intellectuals, of thinkers willing to risk thinking un-thought futures, in every section of our society: working class and poor, as well as middle class and professional. They are at work in the fields, farms and factories of northern and southern India, in demonstrations in city streets and squares, in schools and universities and the press. These diverse forces and thinkers can come together to outline a minimum programme for the immediate future, and articulate a new political vocabulary for a progressive, secular democracy struggling to be reborn.

Working together, they can renew a vision of an India committed to diversity and dissent, artistic creation and dreams. A living democracy in which new horizons and new contentions will continually arise, and require further re-assessment, renewed struggle, continued re-thinking and change. An India that will be proudly reflective, argumentative, rich in its plurality, and openly accepting of varied opinions, beliefs, practices and debates.

Berlant emphasized that fantasies and utopian dreams are not inherently deleterious. For optimism and longing for change is not always “cruel.” Thinkers and activists in India today will surely use long-expressed dreams of a good society, of a just and moral order, as the foundation of a new politics. Not turning to the cruel optimism of deliverance by a messiah or a “liberation” that ends all contradiction and conflict. But finding hope in the knowledge and experience of possibilities that the history of even our hierarchical and oppressive world has thrown up: that societies and political arrangements can be more humane, more transparent and egalitarian, more openly contested and negotiated, democratic and inclusive.

That is the optimistic dream we deserve.