Exit polls on Sunday evening predicted a second landslide win for the right-wing Bharatiya Janata Party (BJP), led by Prime Minister Narendra Modi, renewing a question that was asked repeatedly over the past few weeks: whether India can handle another five years of Modi. Here’s the short answer. Yes, it can. There’s a long answer too.

While he used it as a poll plank, Modi’s first mandate was never supposed to be about development or the country’s economy. It was spoken about in whispers in inside circles, but nonetheless was an open secret that Modi was brought in to replicate at the national level the Gujarat model of Islamophobia and religious polarisation. It was about mainstreaming the “othering” that the BJP and its mentor, the Rashtriya Swayamsevak Sangh (RSS), has been carrying out clandestinely pre-Ayodhya and not-so-clandestinely post-Ayodhya.

Also Read: On May 23, Will We Turn to the Darkness or Will We Reach For the Light?

“It is therefore the duty of every Hindu to do his best to consolidate the Hindu society,” Keshav Hedgewar, the founder of the RSS, had said in the RSS mission statement. He added that the aim of the Sangh was to mould the minds of the youth to achieve that cause.

The RSS is working at saffronising Indian politics. Modi’s second mandate at the Centre is less dangerous than say anointing Yogi Adityanath, a rabble-rousing, Islamophobic monk, as the chief minister of Uttar Pradesh, India’s largest state, or the mainstreaming of Pragya Thakur, a prime accused in a bomb  blast near a mosque in Malegaon in Maharashtra in 2008. The blast killed around 6 and injured over 100. Thakur has been fielded from a seat in one of India’s largest and most populous states, Madhya Pradesh, where the BJP was defeated in state-level elections end of last year.

Modi is a great actor. More than divider, he is distractor-in-chief, with his discernible lies, his ‘non-political interviews’, his hundreds of thousands of photo-ops. 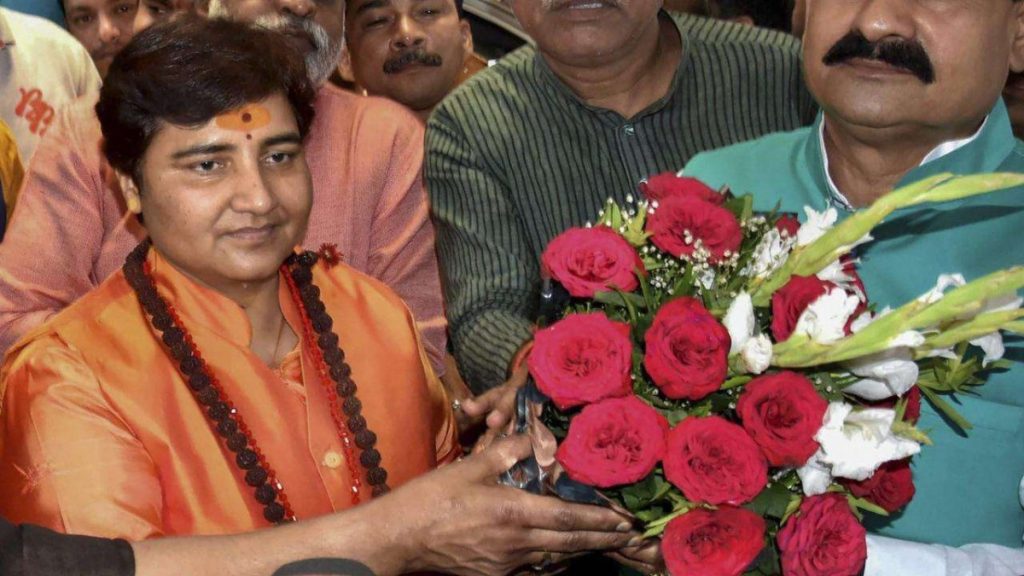 India has a multi-party system. Often in democracies, political parties come to power in rotation. The BJP is one of the largest parties in India. It is almost utopian to think they would not want to politically validate their Hindutva agenda. The RSS wants Hindus to wallow in this feeling of victimisation, it allows them to slice through our secular values that much easily.

Minorities in this country have for long been preyed upon by parties who pay lip service to their interests but who do nothing to improve their lot. Since these parties have over time only weakened them as a group, this is not the time for minorities, and especially Muslims, to feel demoralised. This is the time for minorities to fight for their rights, building alliances and partnerships with all those who have been, and will be, marginalised by the march of Hindutva politics and policies.

Also Read: More Than EVMs, It Is ‘the Hindu Mind’ Which Has Been Effectively Rigged

In the last five years, while India’s economy nosedived, and hate mongering and Islamophobia rose, something else happened too. As the Modi government went on a spree to destroy institutions and target dissidents, and bought over the mainstream media, it also created an alternative set of institutions and more robust dissidence. It has seen the emergence of independent, impartial media, of young and committed politicians, including a new political party in Kashmir, headed by a former bureaucrat. Shah Faesal, who resigned from the Indian Administrative Service to protest the “unabated killings in Kashmir and marginalisation of Indian Muslims“, has said his party would pursue the peaceful resolution of the Kashmir issue. That’s the kind of resistance coming out of the last five years of Modi’s rule.

You just can’t wish away a major political party in one of the world’s largest democracies. But you can keep fighting its divisive agenda.

In the past five years, we have become less complacent of our democracy. Looking at May 23 as a defining moment in the history of secular India would be mere fear mongering.

I beg to differ, but our democracy is stronger than ever.