Is India Still Searching for Ambedkar?

Ambedkar's idea that democracy is not merely a form of government but 'a mode of associated living’ has not only emancipatory potential, but also provides a platform to reevaluate our place among the world’s great democracies. 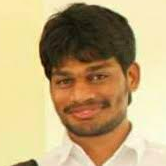 Is democracy alive in India today, despite some indications to the contrary? One would have to say yes, if for nothing else but the fact that our elections are largely free and fair and an equalising force in more ways than one. If we acknowledge that politics in India recognises the principle of one man, one vote and one value, that is indeed another indication that we are a robust democracy.

However, it may be moot to look more closely at the political and philosophical thoughts and ideas of Babasaheb Ambedkar. His idea that democracy is not merely a form of government but ‘a mode of associated living’, has not only emancipatory potential, but also provides a proper platform to reevaluate our place among the world’s great democracies.

In doing so, it is but natural that we look at the nation’s consciousness and its existing national symbols. The former seems to be subsumed within the form of government, with the great election carnival as its national symbol, and not as the ‘mode of associated living’ advocated by Ambedkar, with equality and respect for all as a symbol of the nation. The form and methods of the ‘mode of associated living’ has irked the upper castes who seem to forget that equality, self-respect and dignity are essential for the functioning of a healthy democracy.

Ambedkar as a figurehead

It would be a mistake, however, to say that Indian democracy has not yet found Ambedkar. He is, especially at election time, a most sought-after figure, but his ideas of intellectual and moral reformation are glossed over by political leaders. We could even go so far as to say that this ‘figure’ has a caste Hindu gaze, which may be socially uncomfortable but politically acceptable, even appropriate, in the current climate. But it is here that the contradiction emerges. A democratic country with a caste Hindu outlook limits the greatness of people such as Ambedkar and confines him to the status of a figurehead.

In trying to understand why various social groups have not been able to benefit in an organic way from the influence of a person such as Ambedkar, professor Gopal Guru states that some non-Brahmins allowed a halfway passage while many others rejected him outright. Even if not a rashtra pita (father of the nation), Ambedkar was considered rashtra guru (teacher to the nation), and yet he has been denied his rightful place in civil and political discourse. The reasons for this are not far to seek – an entrenched Brahminism and a lag, as it were, in the social consciousness of the oppressed groups.

So does this mean that Ambedkar’s ideas and influence were not enough to guide the community? Of course not. Ambedkar’s political thinking, according to professor Arun Kumar Patnaik, falls in the distinct ‘activa’ tradition i.e. ‘vita praxis’, in which “people do not merely disseminate new ideas in dialogue with the public but also mobilise them to transform existing social institutions in a definite way.”

It is regrettable that the ideas inherent in Ambedkar’s practice of mass mobilisation are ignored and what we have is a sort of intellectual apartheid, especially in the realm of political science. However, of late, Ambedkar and the anti-caste intellectual tradition is being followed in the study of  political theory, thought and philosophy.

On a personal note, my attempts to bring Ambedkar into classroom discussions during my integrated Masters days were never received well, except during the classes on Dalit politics and Ambedkar’s thought. Once I was prevented from discussing professor Kancha Ilaiah Shepherd’s Post-Hindu India in an anthropology course, the ostensible reason being that my well-meaning instructor felt I was becoming too radical too early and it would hamper my chances of employment and further education.  I have always been regarded as an over-emotional activist and others who share similar views face the same resistance.

The above incidents could explain the resistance to the organic acceptance and assimilation of Ambedkar’s ideas into various social groups.

Ambedkar as a universal emancipatory symbol

In understanding the deficiency of political democracy in not actualising one man, one value, Ambedkar firmly states, “Social and economic democracy are the tissues and the fiber of a political democracy. The tougher the tissue and the fiber, the greater the strength of the body. Democracy is another name for equality. Parliamentary democracy developed a passion for liberty. It never made even a nodding acquaintance with equality. It failed to realise the significance of equality, and did not even endeavour to strike a balance between liberty and equality, with the result that liberty swallowed equality and has left a progeny of inequities.”

Also read: ‘Never a Mahatma’: A Look at Ambedkar’s Gandhi

The ‘progeny of inequities’ is also visible in the current climate. The process of social amalgamation has been stalled and the subjects have become mere consumers (for market) and bhakts (for dharma). Democracy in India thus exists in the shadow of ‘eternal truth of caste’ and illiberalism.

This intellectual treasury and his far-reaching attempts to evaluate and sustain democracy have been sidelined in the shrill and strident nationalism which is characterised by the Brahmin-Bania distaste for organic intellectualism and the intellectual sophistry of the bhadralok.

Until we the people uncompromisingly challenge the principle of ‘ascending scale of hatred and descending scale of contempt’, democracy in India will continue to be a carnival of votes but not values and social unity.

There has never been a more urgent need for us to rediscover what Ambedkar stood for, to acknowledge him as a symbol of emancipation, unity, dignity for all and oneness. As Elias Canetti states, ‘A nation’s consciousness of itself changes when, and only when, its symbol changes.’

Manikanta is a Phule-Ambedkarite scholar and activist from Telangana, who worked with BSF in HCU and BAPSA in JNU. He is one of the contributors to the forthcoming volume The Shudras-Vision for a New Path, edited by Kancha Ilaiah Shepherd and Karthik Raja Karuppusamy, Penguin.