In the Republic of Lynchings, There Is No Us and Them

We want the ‘real India’ to assert itself when the law refuses to do so, but the absence of outrage on the ground is not a good augury. 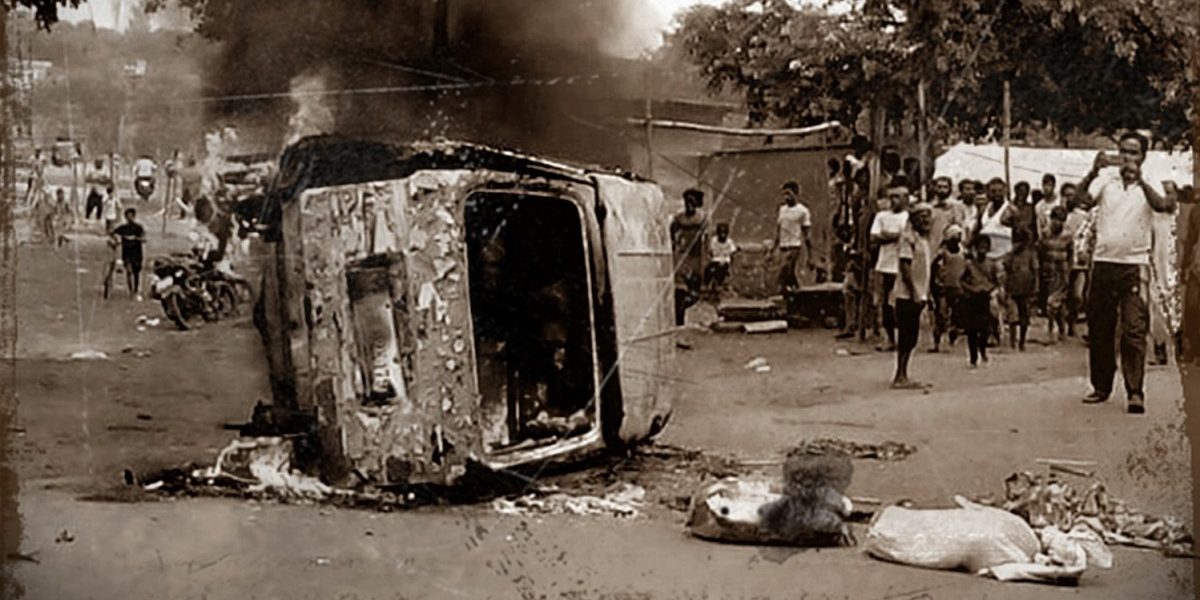 Scenes from a lynching that took place in Jharkhand. Credit: Twitter/Files

As the bloodshed across India shows no signs of abating, politicians, opinion makers and writers are at pains to prove that the images of the spectacular violence we are encountering everyday do not convey the spirit of ‘real’ India. That the ‘real’ India is the land of Gandhi’s non-violence and Nehru’s secularism. That our land is the land of compassionate, tolerant Hinduism.

Under these nightmarish conditions, many of us are comforting ourselves by scripting a narrative of ‘us’ – the real, genuine, ethical Indians – and ‘them,’ the bloodthirsty lynch mob, encouraged by the ruling Bharatiya Janata Party and its ideological mentors in the Rashtriya Swayamsevak Sangh. In this narrative, people transforming themselves into a murderous mob in the blink of an eye are presented as betraying the true spirit of India. The renegades of a secular, liberal India ‘we’ are trying to safeguard.

Yet, the ‘us’ and ‘them’ narrative wears thin in the absence of any kind of spontaneous societal outrage on the ground. The narrative starts to fray in the presence of the equanimity with which we daily absorb such images and stories of violence. All around us, it’s business as usual. Even as the corpses pile up in morgues and predators stalk the land in search of victims. The ever expanding ‘others’ are sometimes beaten to death on suspicion of child abduction, ferrying cows for slaughter, carrying beef. At other times, they are suspect if only because of a different tongue that they speak in, a language not understood by locals. Or if they suffer from mental illness. No quarter given, no compassion shown. Adults and adolescents are equal partners in the lengthening list of such crimes.

For such madness to reign, and reign so long, there have to deeper psychological disorders within a society. One of the symptoms of such a disorder is the lack – and even absence – of public outrage.

We do indeed condemn lynchings in the sanitised atmosphere of television studios, newsrooms, seminar halls; drinking coffee, we dissect the evil agencies at work on the ground and the rulers who apparently have fallen asleep at the wheel. Or are deliberately feigning somnolence.

The present dispensation is preying on a mind that was ready to be preyed upon, was ready to be deployed in the service of constructing a nation that is neither compassionate, nor tolerant. The fact is that Indian society has historically been hostile towards the poor, the lower castes, the women and the dispossessed. And that we, as a people, have tended to indulge (or look away) rather than shun and battle such prejudices and the violence fed by such prejudices.

The everyday violence directed towards Muslims, Dalits or any and everybody who doesn’t fit the mob’s notion of ‘mainstream’ has not suddenly appeared. Rather, the Narendra Modi government has merely dipped into the reservoir of prejudice waiting to come to the surface and take on a life on its own. These, clearly, are not aberrant tendencies. What can be counted as an aberration perhaps is the audacious official legitimacy offered from the very top of the chain of political command. This phenomenon can be traced to 2014 and the change of government at the Centre and the subsequent installation of a number of BJP-led governments in the states.

There is indeed a connection with the present government and the escalation in violence. But that does not explain the magnitude and the frequency of such acts of violence, the ‘mob nation’ that we seem to be in the process of becoming.

The evidence that Indian society is not what we would like it to be is too overwhelming. Every society – or at least its dominant section – likes to project itself as a model of innate compassion, tolerance, good practices. Yet when put to the test, it is precisely those very values that they fail to live by.

A thread of continued violence in various forms, at different levels, binds the past with contemporary India. The senseless bloodshed, the vicious lynchings, cannot be viewed in isolation. We cannot take shelter in safe homilies about our lost legacy of tolerance. Disquieting though it is, we are what our legacy has made us: ancient India was far from being the tolerant paradise that the BJP and also some among the left-liberal school of thought are keen to project.

In her book, The Past As Present, Romila Thapar questions and analyses popularly held notions about India’s history. She argues that coming to terms with the past and understanding it is critical to understanding the present. “Religious violence is not alien to Hinduism despite the modern myth that Hindus are by instinct and religion a non-violent people,” she writes. She goes on to say that Hinduism is closely tied to caste but the exclusion of Dalit groups is common to “every formal, organised religion.”

“The intolerance is not of belief but of the social origins of the believers,” emphasises the historian.

The present dance of violence we are witnessing, however, has another layer to it. One that not only encompasses but transgresses as well the violence generated by religion, caste and class. The violence of lynchings knows no boundaries. Anyone can be a target just as anyone from any community can become a voluntary member of a mob. This is what happens when neither law nor social mores serve as a restraint.

If only we look at ourselves and this collective history, then we realise that the lines between ‘us’ and ‘them’ are more blurred than we would like to think.