In Telangana, BJP Bets High on OBC Support and the Lure of Faster Growth

The recent national executive meeting of the BJP held in Hyderabad has indicated that it is recalibrating its strategy from its sole reliance on Hindu-Muslim polarisation, in line with changing social dynamics in Telangana.

The Bharatiya Janata Party (BJP) is making a renewed pitch for Telangana. Unlike its earlier rhetoric on Hindu-Muslim polarisation with atrocities committed by the Razakars under the Nizam, it is banking on capturing the imagination centred around big growth, urban infrastructure, expansion of technology and faster business.

It made a splash with its recent national executive meet and massive public meeting. The BJP is moving to the centre stage riding high on the support of the Other Backward Classes (OBCs) in the state. In the united Andhra Pradesh, OBCs were with the Telugu Desam Party (TDP) while the Congress essentially was supported by Dalits, upper castes and Muslims.

With the bifurcation of the state, the ruling Telangana Rashtra Samithi (TRS) had no specific programme for the OBCs, though most of them get covered and receive benefits as part of the Rythu Bandhu scheme and other occupation-based schemes. OBCs are mostly small land owners across the rural hinterlands of Telangana.

Also read: With BJP Threatening a Repeat of Maharashtra, Are KCR’s Days Numbered?

However, in spite of the welfare schemes of the TRS, there seems to be momentum towards the BJP among the OBCs. This, perhaps, has something to do with the changing face of rural Telangana and how the BJP projected an OBC leadership in Bandi Sanjay and more recently former TRS leader Eatala Rajender.

Rajender was dropped from K. Chandrashekar Rao’s cabinet on allegations of land encroachment but returned to the assembly barely five months later, winning a heated by-poll contest in Huzurabad. He has emerged as a voice of dissent and the face of OBC leadership in Telangana.

The TRS, however, comes across as a party of dominant castes such as the Velamas. Here, the personal leadership style of KCR and his alleged arrogance in handling party affairs are reminiscent of the old-style feudal era in the popular imagination. 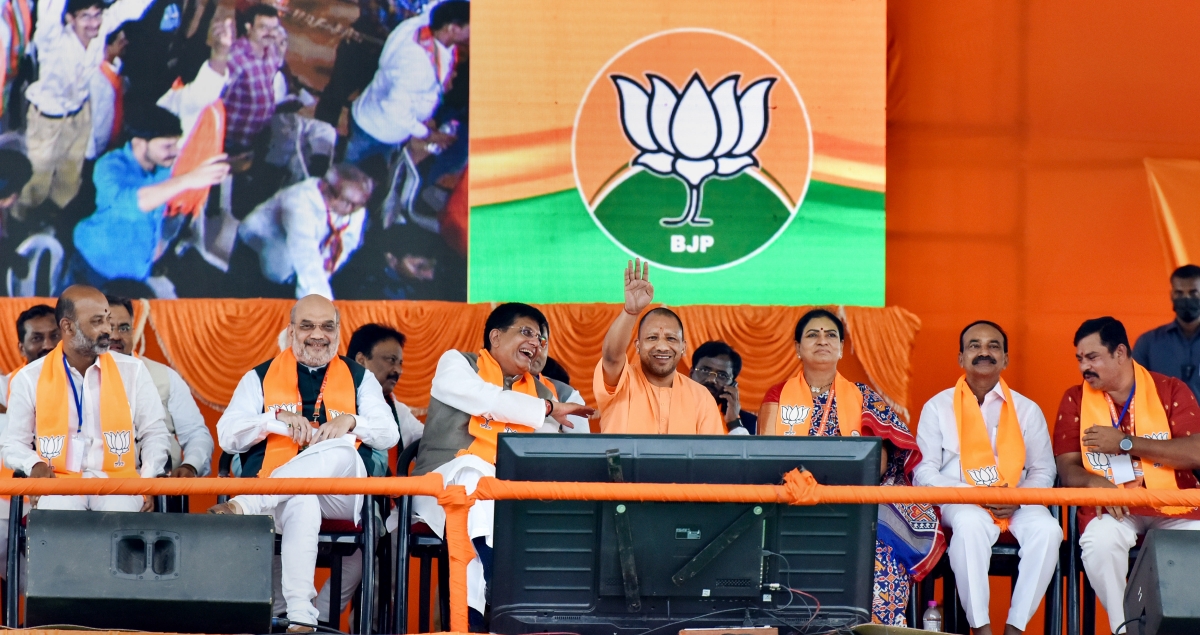 Two constant sources of income for the state exchequer have been land and liquor. The state has actively encouraged the conversion of farmland into real estate with the passing of the Telangana Agricultural Land Conversion Bill, 2020 for non-agricultural purposes.

The sustained agrarian crisis has made it additionally lucrative for small farmers, most of whom happen to be OBCs, to either sell their land holdings or themselves take the initiative to convert the farmland into open plots for constructing villas. There has been a literal windfall and expansion of the rent-seeking economy.

The speculative character of land deals and real estate has also significantly transformed living conditions, consumption patterns and modes of aspirations and expectations. It is literally an overnight transformation that one experiences with heavy investments and purchase of agricultural land by big business houses – the shift from subsistence living to conspicuous consumption that includes higher-end mobiles, luxury cars, villas and tourism.

Also read: Eyes Firmly Set on Taking on BJP, Here Are the Routes KCR Is Keen to Explore

Consider, for instance, one acre of land within a 100-kilometre radius surrounding the capital city of Hyderabad which costs anywhere between Rs 80 lakh to Rs 1 crore. Even a small farmer owning two acres of land is set to make a cash windfall. The cost of one acre of land outside the 100-kilometre radius costs anywhere between Rs 50 lakh and upwards.

While farmlands closer to the city of Hyderabad are converted to real estate open plots for residential purposes, construction of villas and also bought by small-scale industries, land beyond the 100-kilometre radius is converted either into farmhouses, gated communities or simply bought as a secured investment for future sale. Most of such land is bought by professionals, businessmen, city dwellers, those working in the Information Technology industry, and non-resident Indians (NRIs).

Let us consider an example to understand the nature of transformation and its impact on social life and politics.

Jangaiyya, who was once a landless labourer from the Mudiraj caste (categorised as OBC), hails from a village about 50 kilometres from Hyderabad. In the last 15 years, his fortunes have changed. Earlier, he was grazing cattle and was into farm-related manual labour. He moved to Hyderabad to work as a server at a small hotel. Over time, he developed contacts with the local businessmen, mostly Marwaris who owned jewellery shops and engaged in the wholesale business of spices and lintels.

At their insistence, he began to assist them using his local contacts in the village in the purchase of agricultural land. He began to earn commission on the sale and purchase of land. With the construction of the international airport on the outskirts of Hyderabad, land prices shot up. Jangaiyya himself began to sell and purchase land. Today, he is an owner of three huge buildings and residential complexes in the nearby town, with a comfortable life.

There are many such cases. In the course of my conversations with some of them, they pointed out that most middlemen in real-estate transactions belong to the OBC community.

For many middlemen, reliance on muscle, political clout and corrupt government officials, including the local police,  is routine. Most businessmen who bought large chunks of land need such physical protection for their properties, which makes some lower-end caste groups much in demand.

One of them narrated how he got his son trained in karate to become a Black Belt holder. There are others like the famous Hyderabad Pehlwan, who has a history of violence, and a noted history-sheeter who helps in dealing with land embroiled in court cases. He can get land vacated and also illegally occupy land.

There are also a large number of cases dealing with temple lands – lands that were donated to the local temple today are occupied by those with the ability to use violence and are connected to local politicians. These henchmen also double up in disciplining the labour engaged by local industries. Most of the labour force is from outside, from states like Bihar and Jharkhand.

How the BJP is trying to connect

It may be noted that ‘Hindu’ organisations have also emerged as a part of this new political economy. The employment of religion in illegal dealings and violence gives additional security. Many noted henchmen have shifted their allegiance to local religious and cultural organisations. There is thus a formidable connection among real-estate deals, physical violence and religious symbolism.

It is commonplace to find these henchmen sporting tilaks and organising religious festivals such as Hanuman Jayanti and Ganesh Chaturthi. Again, aggressive cultural mobilisation seems to converge with the aggression necessary in handling land deals and para-legal transactions.

Most small farmers today are selling land to move to nearby towns and cities in search of secured income, English education for their children and health facilities.

According to estimates, 3.42 lakh acres of agricultural land within the 100-kilometre radius has been converted into real estate. It is mostly the old, some small farmers and the landless Dalits who have remained in the villages.

Most want better quality roads and big development to reach the towns. Big development, speculative land deals, fast-paced mobility, and rags to riches stories are what dominate the narrative of the rural hinterlands of Telangana. The poor are being taken care of by state welfare policies, including MNREGA, pension schemes, free rice, and ration.

It is to this changing face of rural Telangana that the BJP is attempting to appeal by promising even faster growth and quicker mobility. With no other imagination in sight, one has to wait and watch how regional parties which bank on transactional welfarism and subsistence living react. One must see if their caste-based policies can appeal to this changing imagination.

However, they come across as less driven than the BJP. The sheer energy, scale, speed, big-talk and link with the Union government and its development plans (like building roads and infrastructure) provide an entry point for the BJP. Apart from that, the use of religious symbolism has an instrumental role, beyond religiosity.

Prime Minister Modi’s tempered speech at the recent public meeting at Parade Grounds in Hyderabad seems to be an attempt to connect to this underlying imagination. It seems to be a course correction from the high decibel communal campaign and its failure in Bengal.