The TMC's current efforts and the BJP's promises of schemes for the fishing community have fallen short of the real requirements of coastal fishers in Bengal. 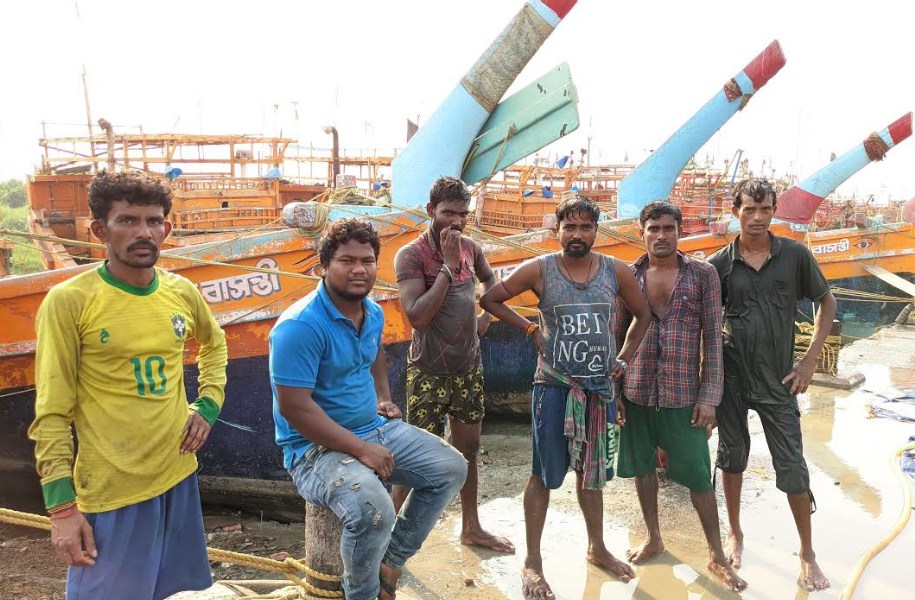 Kakdwip: Pabitra Jana had just returned to land with 11 of his colleagues after spending eight days at sea. The fisherman was cleaning himself after the last trip of this fishing season. Starting from the second week of April, fishers are not allowed to venture to sea for three months.

“We sold around 24 tonnes of various kinds of fish and made Rs 3.6 lakhs this season. But the cost for our trip was over Rs 3 lakhs,” Jana says to The Wire.

In the coastal areas of the South 24 Parganas district in West Bengal – including Kakdwip, Diamond Harbour and Namkhana, which are going to polls today, April 1 – people depend heavily on fishing, both inland and marine.

Jana’s fellow fisherman, 48-year-old Devprasad Maity, has been fishing for over 25 years. “Currently, our livelihoods are at stake because of the continuous rise in diesel prices. In this trip, the we made a profit of around Rs 55,000. Six or seven months ago, a trip like this would have got us a profit Rs 1-1.3 lakhs,” he adds.

The profit Maity mentioned will first go to the owner of the boat. Maity, Jana and 10 others in the crew will get a meagre salary of Rs 4,000-5,000 a month. There will be some bonus at the end of the season depending on the profit the owner will make, if at all. Norottam Mondal, a third-generation fisherman says it is not just a diesel price rise that has affected them. “There has been a hike in almost every essential commodity. We used to somehow manage to run a family with a Rs 5,000 salary, but now it is becoming impossible with a steady price rise in mustard oil, vegetables, and various other things. So many of us would have died without the free ration provided by the state government for the last one year,” he says.

Bijon Maity, general secretary of the Kakdwip Fishermen Welfare Association, said that a trip needs 12-13 barrels of diesel. With the recent price rise, it has become impossible to remain in the fishing business.

He says around 80% of the total cost of fishing now goes into diesel expenses. Other associated expenses include fishing nets, ropes, ice, maintenance of the trawlers, and salary of fishers – all of which are rising. “On the other hand, we are not getting proper price for fish in the market,” Maity says.

Between July 2020 and March 2021, 40% of the trawlers in Diamond Harbour, Kakdwip and Sundarban region did not operate.

Several hundreds of fishers, members of the fishers’ association and trawler owners sat in protest at central Kolkata on February 22, 2021. They demanded a minimum support price from the Centre for the people involved in the fishing business. As part of the BJP’s campaign, Union home minister Amit Shah visited Kakdwip on February 18. In the BJP’s poll manifesto for the state, the party outlined several schemes for the fishing community, including financial assistance of Rs 6,000 per year to all fishers and free accidental insurance of up to Rs 3 lakhs. They also promised to provide interest-free loans of up to Rs 25 lakhs for setting up new businesses. Another notable promise in the manifesto was a diesel subsidy of up to 5% to all fishers using mechanised and motorised boats.

The Mamata Banerjee government has several schemes for both inland and marine fishing communities. Some of the schemes are Jal Dharo Jal Bharo scheme, old age pension of Rs 1,000 per month, an accident insurance scheme for active fishers, along with fish feed processing preservation and marketing schemes, and infrastructure for setting up of wireless communication networks in the marine sector.

Dulal Mondal, whose family owns six trawlers, was supervising the work of fishers at the Kakdwip harbour when The Wire spoke to him. Mondal said, “For the last five months, I couldn’t send four of my trawlers out to sea due to the excessive hike in diesel price.”

He says there are around 3 lakh people from the North 24 Parganas and South 24 Parganas districts who are involved in fishing with trawlers and motorised boats. “Last year’s lockdown completely broke our business. Right after the lockdown, I had to sell a particular kind of a shrimp at Rs 30 per kilogram, which was earlier priced at around Rs 150 a kilo. How can we run our business like this?” he says. Th 32-year-old is not hopeful that their condition will change unless new companies are willing to invest in the fishing industry in Bengal. “Modi ji gave us hope that he will bring business to Bengal, that’s why many of us will vote for BJP in the upcoming election. Without new businesses, the fishing industry will die in Bengal,” he says.

But 54-year-old Samar Das interrupts Mondal and says, “What new businesses did Modi bring in the last seven years? All he introduced was demonetisation and GST, which have killed thousands of small and medium-sized businesses. BJP cannot bring business in Bengal; all they can do is bluff people and get their votes.”

Das feels that BJP’s manifesto promises are mostly rehashes of the TMC government’s schemes, many of which are in effect.

Even with BJP wooing particular communities in its campaigns, South 24 Parganas appears to have remained a bastion for TMC.

Following BJP’s ticket distribution, several instances of infighting came to the fore. Many BJP leaders are disgruntled and have stopped working for the party since then. On Tuesday, March 30, Amit Shah cancelled his scheduled rally at the last minute in this region in Diamond Harbour.