At Kapil Sibal's book launch, opposition leaders brim with optimism about the prospects of a united challenge to Narendra Modi and the BJP in the upcoming general election. 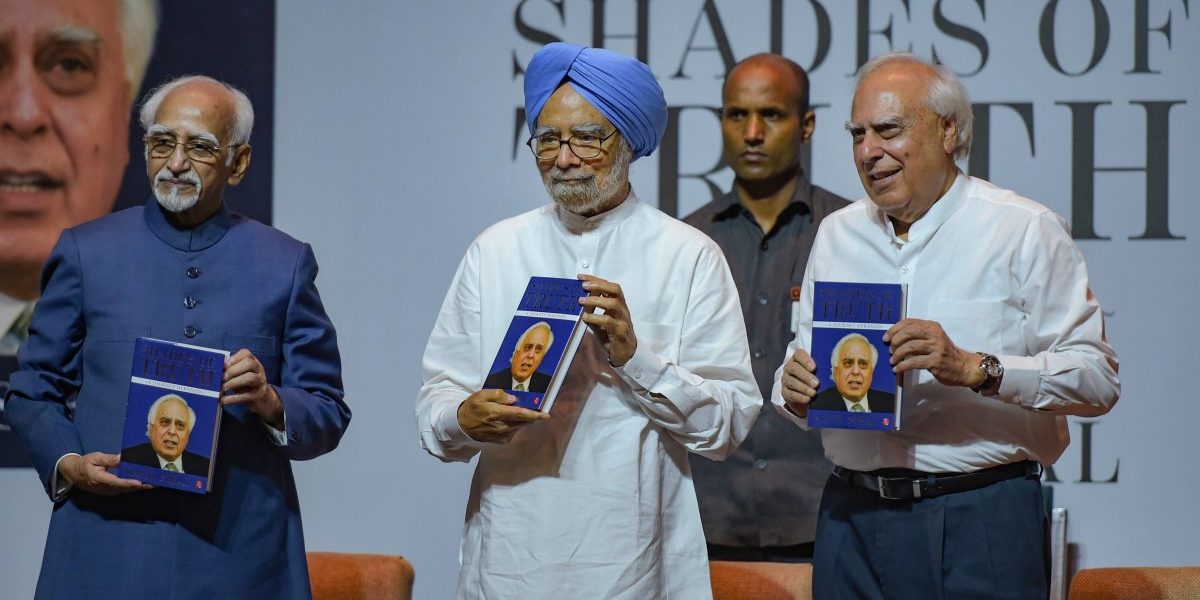 Manmohan Singh, Hamid Ansari and Kapil Sibal during the launch of Sibal’s book Shades of Truth, in New Delhi on Friday. Credit: PTI

New Delhi: The launch of a book authored by Congress politician Kapil Sibal provided a platform for a number of opposition leaders to declare their readiness to do whatever it takes to defeat Narendra Modi and the Bharatiya Janata Party in the general elections next year.

Former Union home minister and finance minister P. Chidamabaram said that a broad alliance of non-BJP parties would take shape in at least 25 states in the 2019 elections, which would elect a coalition government to power.

He was taking part in a discussion with Sibal, Communist Party of India (Marxist) leader Sitaram Yechury, the Pioneer‘s editor Chandan Mitra – who jumped recently from the BJP to the Trinamool Congress – and the former Janata Dal (United) leader Sharad Yadav. The discussion was moderated by Sreenivasan Jain of NDTV.

The four leaders rejected the suggestion that in an election system that Jain claimed was increasingly taking on the colours of a ‘presidential race’, the opposition was hampered by not having a face to project against Modi. “Remember 1977 and 1989,” said Yadav. “The names of Morarji Desai and V.P. Singh came up after the election.” “The question is not ‘Modi versus Who’, Yechury insisted, because next year the election fight is going to be ‘Modi Versus India’.

Earlier, the book – which is an analysis of the Modi government’s four-and-a-half years in power and the reasons the Congress was “derailed” in 2014 – was released by former vice president Hamid Ansari and former prime minister Manmohan Singh. In a prepared statement, Singh described the Modi as a “failure on all fronts”.

“The Modi government has slowly but surely undermined the values that any democratic polity should fiercely protect. Important national institutions vital for good governance are experiencing unprecedented new strains. Our neighbourhood is far less secure than it was in 2014. Our relations with the neighbours have deteriorated in the last four years. The Modi government has failed to address issues relating to the creative use of science and technology for national transformation,” Manmohan Singh said.

While Sibal said there was no way the BJP can retain power if opposition parties unite, the other opposition leaders also exuded confidence that a non-BJP government would be in place in 2019 while calling for a coalition of like-minded parties.

“I never predict the future. I will predict a step ahead of the election results. I think there is a very, very good chance that there will be a broad coalition of non-BJP parties in at least 25 states. That I will predict today. If that happens, then I think as night follows day, or day follows night, the result is foretold,” Chidambaram said when asked about what will happen in 2019.

Sibal, however, said, “I think everything will depend on two key states – Uttar Pradesh and Bihar. And if Gorakhpur, Kairana and Phulpur are any indication, then when the opposition unites the BJP cannot win. If we can replicate that in Bihar and UP, I think there is no chance for the BJP.”

Yadav said that posing the question of leadership before the election was the surest way of wrecking the prospects for unity.  “It is impossible to get everyone together, but even if there is possible unity, this government will have to go.” He said all sections of society are being suppressed and the entire country will defeat the BJP in 2019 and the country’s constitution and values would be restored after that.

While refusing to predict next year’s election results, Yechury said, “What we will work for is to make sure that this government does not return to power and to strengthen India through a coalition of all the progressive secular forces.”

Mitra, formerly a BJP MP, said he not only expected the opposition to win but that the next prime minister would be a “regional leader”. Though he refrained from explicitly naming West Bengal chief minister Mamata Banerjee, Yechury joked, “I suppose the Trinamool Congress will correct what it says was the historical blunder committed by the CPI-M and make a Bengali the PM.”

Yechury was referring to the CPI(M)’s decision to spurn a request from the ruling coalition that was falling into place after the 1996 election that party stalwart Jyoti Basu be made prime minister of the United Front government. 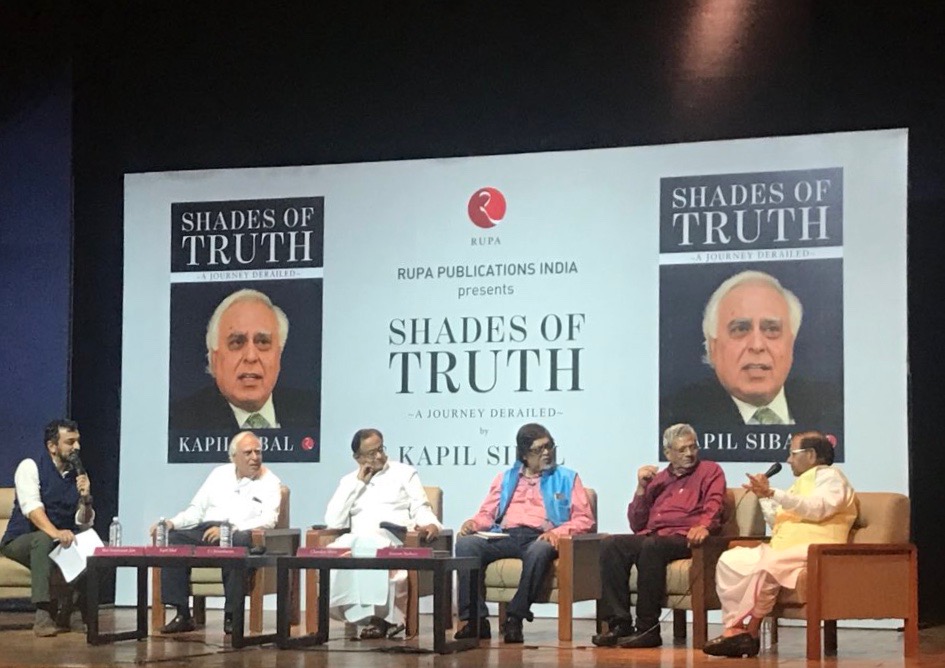 In his opening remarks, Sibal noted that India is a nation of coalitions and that only coalitions with compromises can take the country forward.

“I think it is time to understand that India as a nation is a coalition. Coalitions with compromises can only take this country forward.”

Criticising the BJP for centralising all power and authority, he said that since 2014, the nature of India’s polity had changed and the difference between the party and the government has ended. “It is the party that runs the government and not the government, that runs the country. Parties have infiltrated in a democracy and that balance has been disturbed,” Sibal said.

Yechury and Chidambaram questioned the claim made that national elections are now ‘presidential’. All Lok Sabha elections since 1989 have been a collection of state elections, said Chidambaram, as one leader no longer can sway elections across the entire country. “Even 2014, which people say was a wave election, Modi had no effect in Kerala, Tamil Nadu, Telangana, Odisha, West Bengal, Punjab and Jammu and Kashmir”.

“2019 would not be different and it would be a series of state-specific elections. In at least 25 states, a non-BJP coalition will be formed to defeat the BJP. It is wrong to assume that India’s election will be a presidential election,” he said.

Asked if Rahul Gandhi was up to the job of taking on Modi, Sibal said, “The prime minister sold dreams to India in 2014. Has he been up to his job?”

Acknowledging divisions within the Congress, Chidambaram said he had been against the move to impeach Chief Justice Dipak Misra, a move that finally failed, as well as the draconian anti-blasphemy law passed recently in Punjab.

Striking a humorous note, Yadav said it was not correct to say the impeachment move had been a failure. “Ever since then, the Supreme Court has been giving good decisions”.