If Congress, BSP Had Allied in Madhya Pradesh, the Map Would Look Radically Different 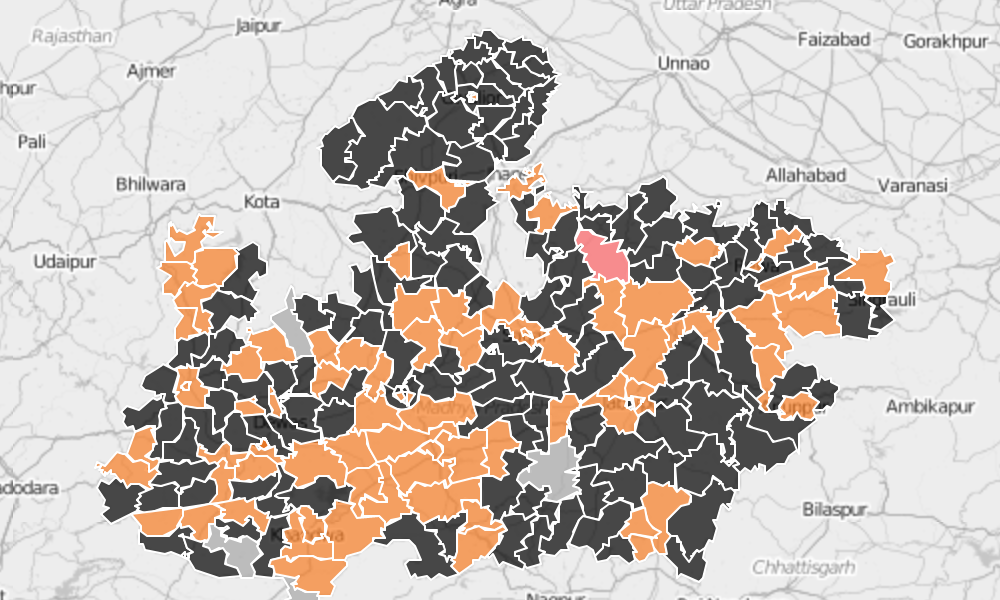 Projected electoral map for the 2018 assembly elections if the Congress and BSP had allied, based on actual vote shares. Credit: Newsclick.in

New Delhi: The votes in Madhya Pradesh are still being counted but one this is already clear: whether the Congress manages to wrest control of the state or chief minister Shivraj Chouhan retains it, the Congress has failed to generate a decisive enough swing in its favour.

As of 3 pm on December 11, the Election Commission of India website has the BJP and Congress vote shares neck to neck at 41.4% and 41%, with the BJP leading in 111 seats to the Congress’s 108 leads. While each successive round of counting may see the seats pendulum swing one way or the other, there is unlikely to be any dramatic change in the vote shares.

The vote swing in favour of the Congress is approximately 4.5%, and that has clearly not been enough to sweep into power. 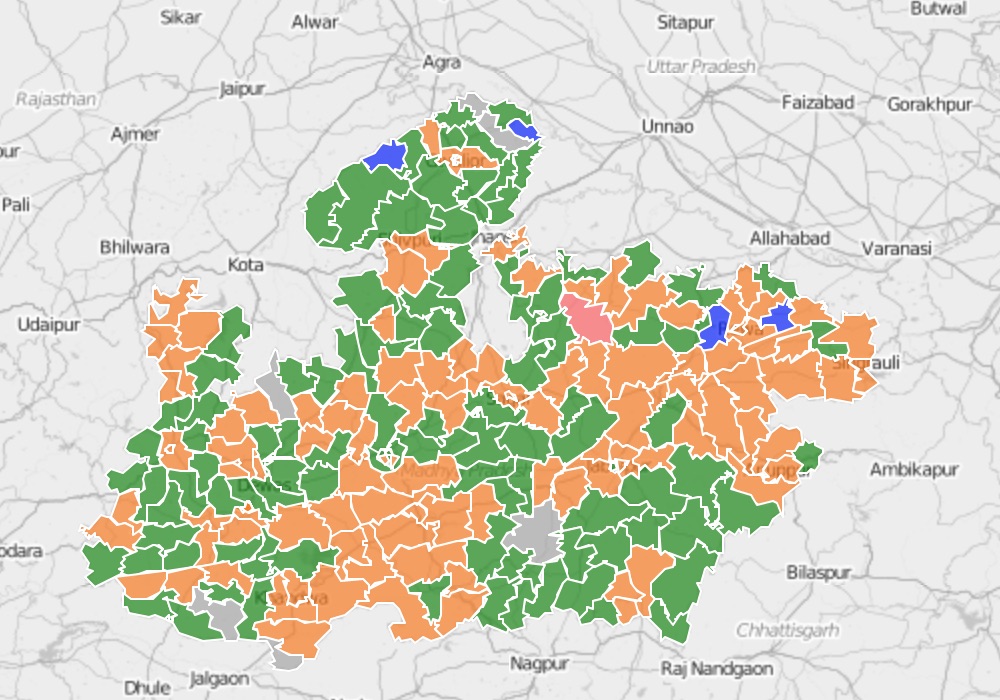 Map of election leads for Madhya Pradesh, where the BJP’s seats are saffron and the Congress’s green. Credit: Newsclick.in

Had the Congress succeeded in its attempt to forge an alliance with the Bahujan Samaj Party, the picture would have been very different. 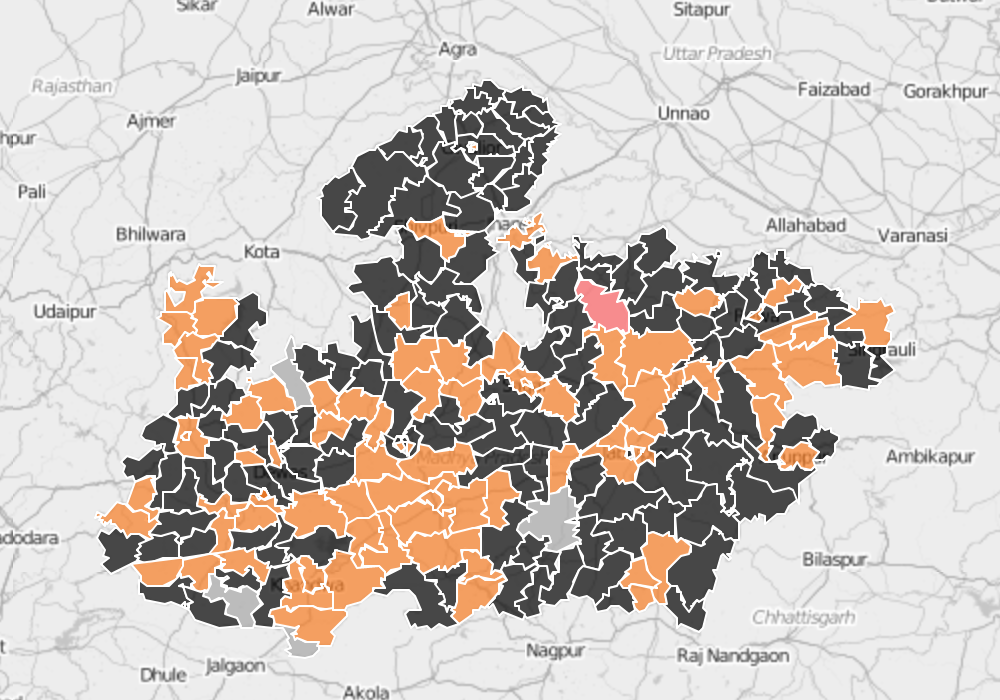 Projected electoral map for the 2018 assembly elections if the Congress and BSP had allied, based on actual vote shares. Credit: Newsclick.in

According to Newsclick.in, the combined vote percentage of 45.63% would have given a Congress-BSP alliance 140 seats in Madhya Pradesh and reduced the BJP to just 85 seats.