Faced by BJP and AIMIM, KCR's play on regional sentiment may be losing steam ahead of the GHMC polls. With his typical Telangana idiom and diction, Rao or ‘KCR’ trounces his rivals with ease. Regional sentiment, coated with self-pride, continues to be a powerful weapon in his armour. With the same plank of self-pride, he decimated the Congress-led grand alliance in the state elections in 2018, by portraying Telugu Desam Party’s N. Chandrababu Naidu as an ‘outsider’.

But his play on regional sentiment may be losing steam, as the Bharatiya Janata Party (BJP) and All India Majlis-e-Ittehadul Muslimeen (AIMIM) campaign on religious lines for the Greater Hyderabad Municipal Corporation (GHMC) elections scheduled for December 1. BJP MP Tejaswi Surya set the tone when he issued a call on Sunday, November 22, titled ‘Dear Young People of Bhavnagar’.  AIMIM president and Hyderabad MP Asaduddin Owaisi responded the next day, saying that if the GHMC elections will be fought on this question then “it is the responsibility of the people to decide whether [the vote] is Hyderabad or Bhagyanagar.”

Hyderabad was founded by Quli Qutb Shah, the fifth ruler of the Quli Qutb Shahi dynasty. On the other hand, the BJP contends that it was originally ‘Bhagyanagar’, named after a local deity – a claim for which there is no proof or evidence – and became Hyderabad over a period of time under Muslim rulers. Akbaruddin Owaisi, Asaduddin’s brother, has dared the TRS government to pull down the samadhis (memorials) of former Prime Minister P.V. Narasimha Rao and former chief minister of undivided Andhra Pradesh N.T. Rama Rao, before it removes dwellings put up by the poor in public spaces in the name of development. KCR has projected Narasimha Rao as an icon of Telangana, and recently pitched for late leader being awarded the Bharat Ratna. N.T. Rama Rao was KCR’s political mentor, and as a tribute KCR named his son (K.T. Rama Rao) after the former chief minister.

According to Akbaruddin, the Hussain Sagar lake built by the Sufi saint Hussain Shah Wali, in 1563 on an area of 4,700 acres has been brought down to 700 acres thanks to “encroachments” that came up on the lake bed, with the active collaboration of governments of the day. The BJP has vowed to rename Hussain Sagar as ‘Vinayak Sagar’, a name associated with a Hindu god.

Recently, Union minister and BJP’s Smriti Irani accused TRS and AIMIM of harbouring “anti-nationals” in the city – in the form of illegal immigrants – to further political gains.

She said the KCR government had conveniently remained silent about alerting the Centre on the illegal stay of around 75,000 immigrants who included the Rohingya  from Myanmar, along with Bangladeshis and Pakistanis, in the state capital. 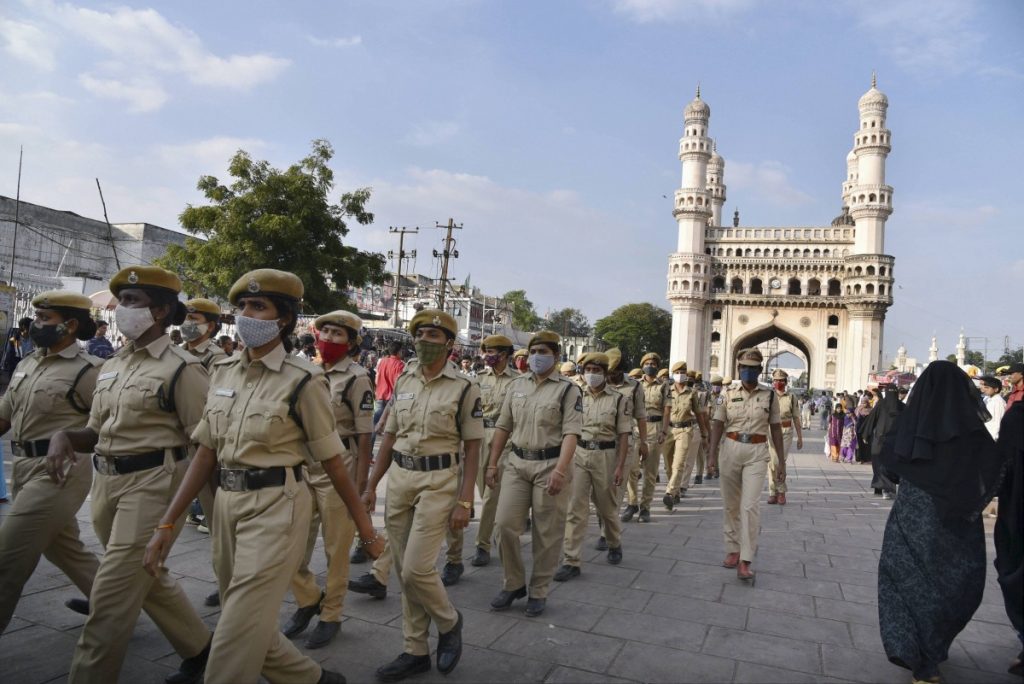 If Irani’s words hold water, Owaisi asked in reply, why did the Union home ministry keep silent on the illegal immigrants?

Faced with highly divisive electioneering, the TRS patriarch has expressed fear that riots could be incited and has sought a deferment.

The development narrative of KCR and his son, who is also the urban development minister, appears to have largely lost steam in the high-voltage campaign that has acquired communal colours.

A different game for KCR

Raka Sudhakar, an analyst, told The Wire that KCR’s politics which the BJP presents as one of “appeasing Muslims”, has pushed him to the wall now. “By talking tough on the issue of the Rohingya, KCR will end up antagonising AIMIM and Muslims, which he cannot afford to do.  KCR can’t help but remain a mute spectator to the BJP’s attempts of consolidating Hindu votes by cutting into the TRS vote bank,” Sudhakar said.

KCR’s unique brand of identity politics finds few takers in a cosmopolitan city like Hyderabad where a mix of people with divergent faiths and cultures from different corners of the country make a living. Of the total 74 lakh-strong electorate in the state capital, Muslims make up 16-18 lakh. North Indians make up 3-4 lakh of Hyderabad’s residents. 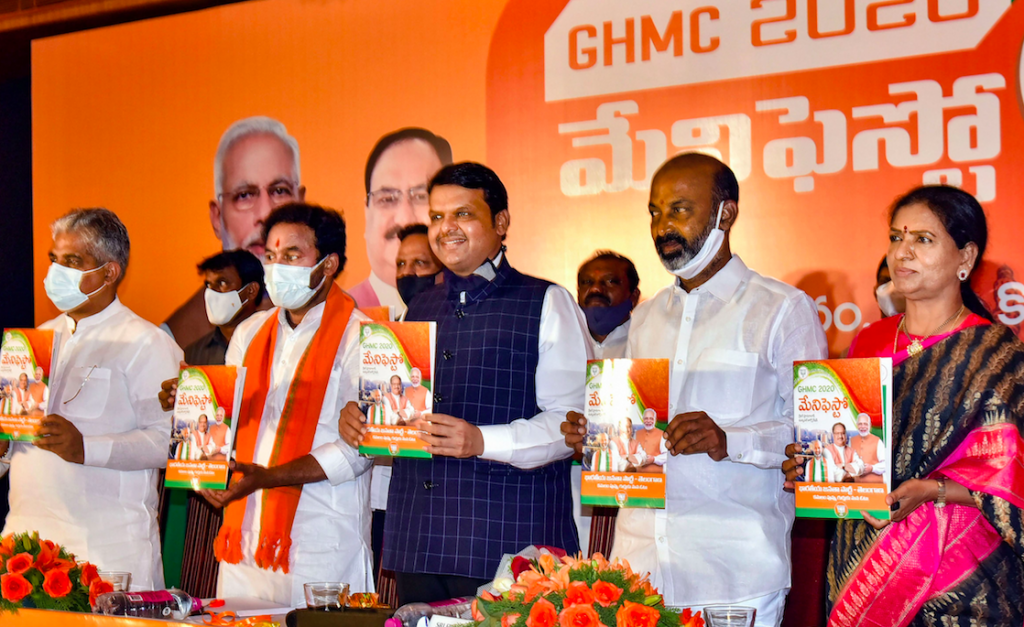 A crucial poll for TRS

Shaik Zakir, a city-based journalist said that the divisive campaigning came at a cost of removing focus from the issues confronting the common man.

“We have poor roads. Drainage conditions are very bad and we also have problems relating to water supply. None of these issues have figured in campaigns,” he said.

Zakir suspects a tacit understanding between the BJP and the AIMIM is at play here to communally divide voters. This may force the ruling TRS and the other mainstream parties to relegate themselves to the background.

The GHMC election is crucial for TRS to retain its hold in state politics. With 99 out of 150 seats under its belt, TRS is currently ruling the GHMC. Any slide in numbers means trouble for the TRS chief who is to face the state elections due in a couple of years.

A setback in this election may also trigger an exodus from the ruling party. The defection of Swamy Gowd, a compatriot of KCR in the statehood movement and former chairperson of the Telangana State Legislative Council, to the BJP signals a trend KCR may not be comfortable with.