How the BJP Deftly Played the Congress in Karnataka

The apparent incoherence within the BJP and the friction between the high command and regional leaders was part of the plan. Most analysts failed to recognise this, even as they undermined the nuance of how localised the election was. 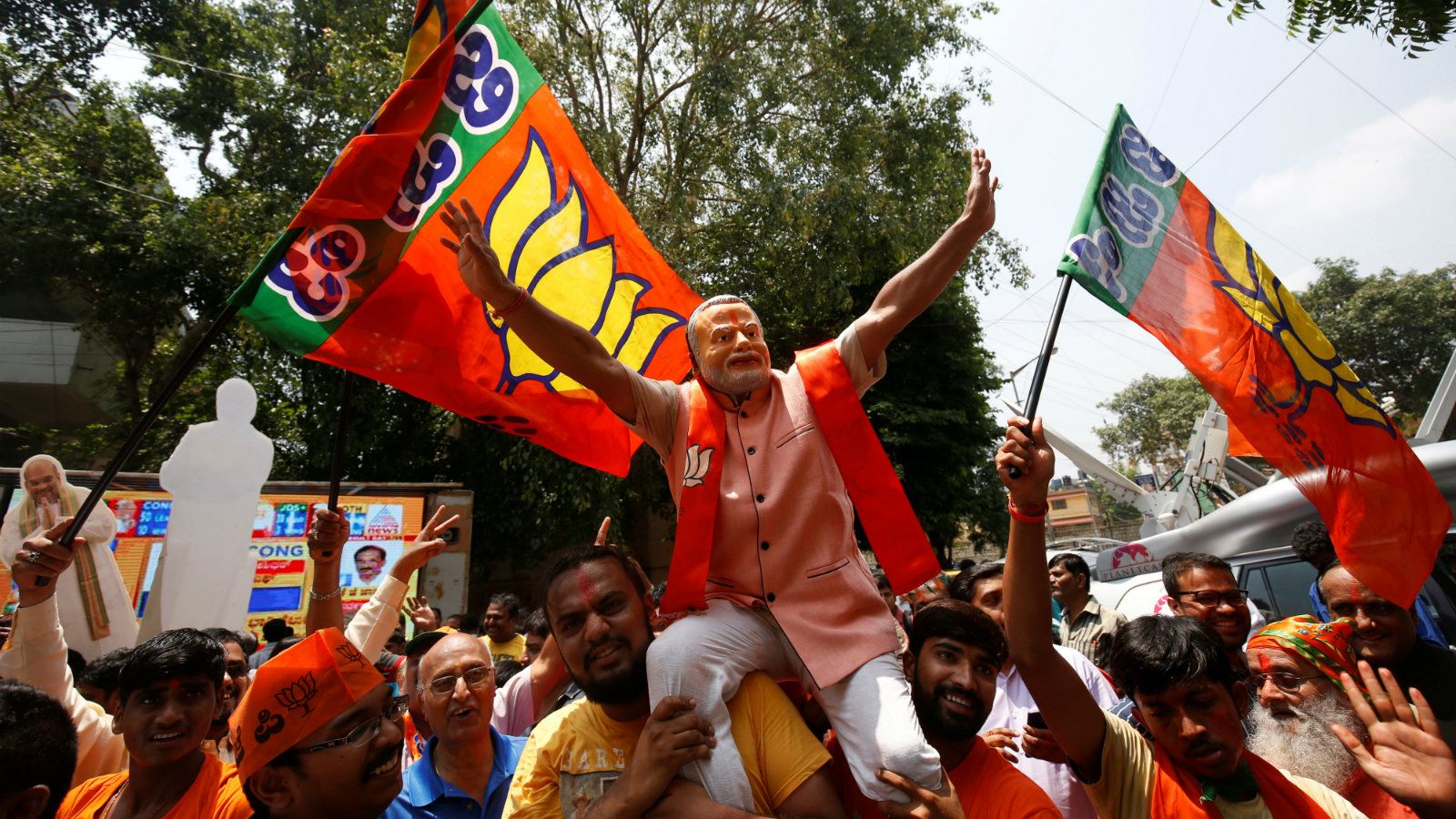 In the elections, the prime minister was expected to leverage some of his popularity in urban areas. Credit: Reuters/Abhishek N. Chinnappa

About a month ago, the talk in Delhi about the Karnataka elections was all about how one powerful regional leader was giving the BJP’s electoral machine sleepless nights. Siddaramaiah, with his pro-Kannada message and AHINDA formulation, was the one winning the battle of the grand narrative that the BJP was struggling to get together. But from the moment one set foot on the ground in Karnataka, it was clear that this was not an election that would be won on a single issue. The tendency to look for macro narratives, “waves” and other sweeping phenomena undermined the nuance of just how localised an election this was.

Deeply entrenched village hierarchies, powerful local leaders who frequently defect, unwavering caste allegiances and strategic voting against one’s immediate rival groups painted the political landscape of a state where a huge number of constituencies are decided by small winning margins. In this scenario, the BJP was playing a very deft, local game that outsider political analysts were not quite able to pick up on. What was coming across as an incoherence within the party and a friction between the high command and regional leaders, was in fact part of the plan at play.

Given the wave-less nature of the election, the specificities of the six different regions of Karnataka came to the forefront. And it was precisely in these specificities that the BJP was playing out different disparate but connected strategies. The return of Lingayat strongman B.S. Yeddyurappa brought in the key districts in central Karnataka as well as galvanised the community together after the Karnataka Janata Paksha split in 2013. The return of B. Sriramulu was intended to dent the ST part of Siddaramaiah’s AHINDA consolidation, while the Reddy brothers brought in the money and muscle to fight local battles in Hyderabad Karnataka. Finally, in the communally polarised zones of coastal Karnataka, Uttar Pradesh Chief Minister Yogi Adityanath and Prime Minister Narendra Modi were expected to consolidate a Hindu vote.

The prime minister, in addition, would also leverage some of his popularity in urban areas, as well as rally against issues like failing infrastructure in Bengaluru. In the Old Mysuru region, they were content to let the Congress and the JD(S) fight it out – knowing fully well that if they were able to pull off the right kinds of cracks in AHINDA, the JD(S) spoiler effect on vote share in the other five parts of the state would ensure that they got the lion’s share of seats. The Congress was fighting the election with Siddaramaiah as its face everywhere, giving it the look of a single unit outside, but the BJP’s strategy was for its various leaders to deliver in different parts of the state. It worked.

The reasons for AHINDA’s collapse seem easy enough to write about in retrospect. The ST consolidation for Sriramulu and Hindutva consolidation on the coast appeared likely outcomes even on the campaign trail. The fact that agrarian distress would force many people to vote thinking of themselves as farmers and not their specific sub-castes was perhaps less expected.  The SC vote split more or less evenly, as many had anticipated. The Muslim vote even consolidated very strongly behind Siddaramaiah. However, the issue that more or less swung the election, broke AHINDA and thereby the Congress, was the voting of the non-Kuruba backward classes. Of non-Kuruba OBCs, 52% voted for the BJP as against just 24% for the Congress.

In terms of pure pragmatism when playing identity politics, it is imperative that one have no second thoughts or mixed signals about who the ‘other’ one should be voting against. The BJP did not waver from that principle, fielding not a single Muslim candidate in any of its constituencies in Karnataka. Siddaramaiah on the other hand, while speaking of the AHINDA stance publicly – gave 44 tickets to Lingayats and 41 tickets to Vokkaligas, two communities that his past credentials had already blocked him off from. No doubt his intention was to split the vote bases of these two dominant communities while hoping that the backward classes bloc and Dalits would rally to the Congress based on his AHINDA stance.

But this proved to be too much of a mixed signal in such a fractured political landscape. In addition, the fact the he had handed out 18 tickets to members of his own Kuruba community was the final nail in the coffin for backward classes to trust him as anything more than a parochial, caste-based leader. With no groups other than Muslims and Kurubas incentivised to vote for him, his dreams of an AHINDA coalition fell apart. His efforts were laudable enough to still provide the Congress the majority of the vote share in the state – but it proved ultimately to be a futile strategy when it came to converting that figure into seats.

The Karnataka election has taught us many things and has potentially formed a kind of alliance that could be the building block for a strong regional third-front backed by the Congress to try and take on Modi in 2019. The parties must look carefully at how pre-poll alliances can sound the death knells for the BJP in fractured polities. They must also understand that they need an effective on-ground narrative that they can back up to counter the BJP’s only remaining trump card for 2019 – Hindu consolidation. If the right lessons are learned quickly, this hyper local election could actually end up being the biggest push towards 2019 that many outside analysts had incorrectly diagnosed as the run up to it.

Pranav Kuttaiah is a research assistant at Centre for Policy Research, New Delhi