How Rahul Gandhi Steered Congress to Victory in Chhattisgarh 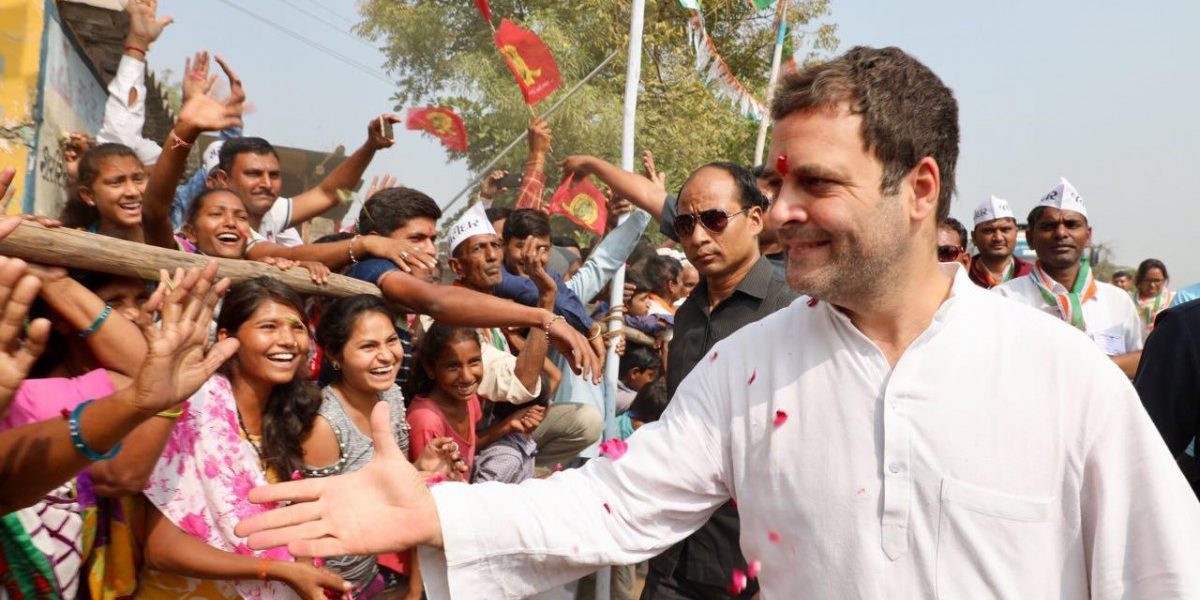 It has been exactly a year into his term as Congress president, and Rahul has already snatched Amit Shah’s self-help book on managing elections. He got his best chance to implement his computer-generated and well-analysed strategies in Chhattisgarh as too many senior leaders in Madhya Pradesh had their own ideas and Rajasthan was supposed to be going Congress way anyway so he did not want to disturb the equations there too much. But Chhattisgarh is where he has come into his own and how.

“For long, Congress has been a party of Delhi satraps who run state satrapy, who in turn control district satrapy. Every election, they dust their jackets and get active with men and money. Congress has to be honed into a well-oiled election machinery like Shah’s BJP for elections in the new millennia,” says Kumar Ketkar, a former journalist and now a member of the Rajya Sabha. Somewhere, Rahul had been listening and his core team has got into the act and they found the path of least resistance in Chhattisgarh.

The Shakti App, which goads leaders to increase membership of the party among other things, also became a touchstone for measuring the creativity and activity of members. Those most active in their constituencies were marked out and shortlisted. Others, including senior members, were told to get active on social media through Twitter and Facebook. Every ticket aspirant was also gauged on how active he or she was on social media.

There were several young candidates in Chhattisgarh who were measured on these criteria. Sanjay Netam, 30, who got a ticket from Bindranavagarh (ST), was one such. Sarpanch of a small village, he was very active on the Shakti App and also in organising events in his constituency. His ticket was finalised overruling the ticket of veteran Onkar Shah. Similarly, one Sahu candidate from Panduka village in Rajim constituency gave Amitesh Shukla a run for his ticket by absorbing the tenets of Shakti.

State in-charge P.L. Puniya was asked to get at least five names of possible candidates from each constituency in September. Puniya made it an open house, asking anyone who thought he was eligible to apply. Some constituencies like Sarguja returned only one name while some had as many as 72 claimants. Initially, there was some hesitation about this process as those being ignored were likely to turn against the party. Nevertheless, a final list of two names from each constituency was sent to Rahul with recommendations. Rahul handed that list to Arun Oraon and Chandan Das. They were asked to explore specific belts – Oraon in Bastar and neighbourhood ST seats; Das in the central plains. They did their work quietly, diligently and sent back their own recommendations. Netam was the product of Oroan’s list.

When tussle broke out over some names, Rahul did not hesitate to overrule the PCC recommendations. His research teams had also indicated that Sahu vote was important as they formed 15% of the electorate and they also had specific names. PCC president Bhupesh Baghel, on the other hand, tried to push in as many Kurmis as possible. He also got Pratima Chandrakar’s name cleared for Durg rural, but Rahul felt the need to play the Sahu card more effectively. So he sent in CWC member Tamradhwaj Sahu to replace her. A loss of face for Baghel, but he could hardly complain.

The Congress managed its dissidents similarly. It listed out those who were likely to be wooed by Amit Shah even before Shah got active. Then Rahul’s research teams revealed more names of ‘difficult people’ from each constituency. Each of them was approached through the right channel and reasoned with. And almost all of them saw reason, which is a first for Congress. Congress working president Ramdayal Uike jumped ship, but he was quietly allowed to. Rahul’s research told him that he was not important as he was close to Jogi and was a former BJP member anyway. He eventually lost from his home seat, Tanakhar, on a BJP ticket.

Similarly, Yogeshwar Raj Singh and Kriti Singh, who rebelled and filed their nominations from Kawardha and Pandariya, were dissuaded first by T.S. Singhdeo and later by Rahul himself when he visited Kawardha to campaign for Congress candidate Akbar.

Rahul’s campaign stops were also planned in detail and chosen carefully. He almost followed Modi everywhere and drew larger crowds. A list of star campaigners was drawn carefully. In the past, too, many big leaders and names would converge on the election scene and eventually could not convert the crowds into votes. This time around, no film star, cricketer and or TV star was invited. Navjot Sidhu and Raj Babbar were the only known names who took public meetings. Chopper costs were kept to a minimum and were, in fact, most frequently used only by T.S. Singhdeo.

On the campaign trail, Rahul’s team of invisible observers would send back reports of the progress of campaigning and requirement of money and material. Scarce resources were distributed with caution and with better accuracy than ever before.

The results have meant that this ‘Rahul method of electioneering’ will see more refined implementation in coming days, especially 2019. The results in Chhattisgarh also showed other leaders of the party how a well-oiled campaign can produce better results than half-baked ones in Madhya Pradesh and Rajasthan, where Rahul formula was not tried to the tee.