In Himachal's Kotkhai, Anger Over Mishandling of Gudia Rape and Murder May Sway Elections

While the BJP is trying to keep the anger alive and blame the state government for the incident, the Congress is attempting to shift the focus to development. 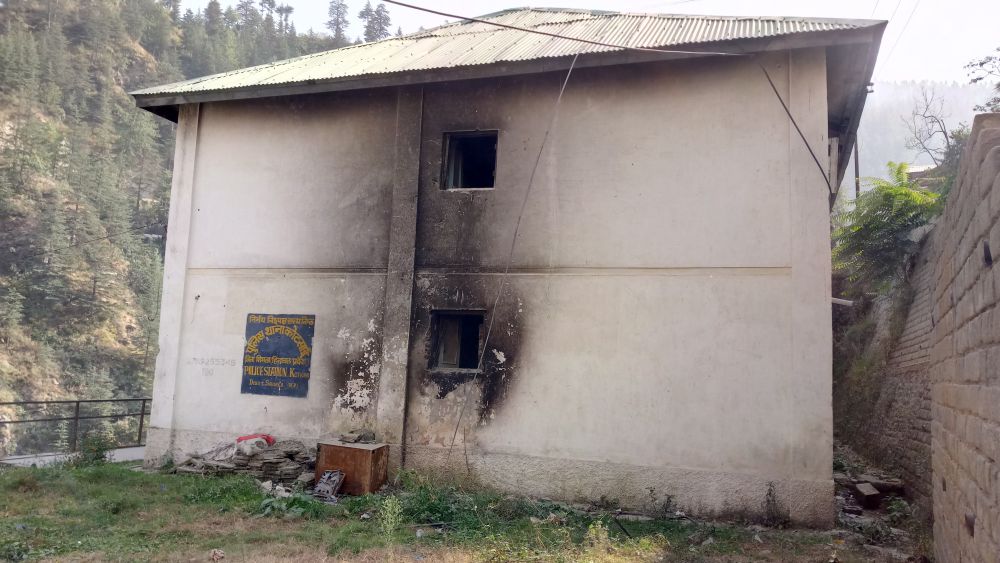 Kotkhai: About 80 km from Shimla, the sleepy town of Kotkhai was jolted this July by the gangrape and murder of a schoolgirl, who has since come to be known as Gudia across the state. The manner in which she was abducted and assaulted and the following drama, which saw people taking to the streets to protest the arrest of the wrong people for the crime, the subsequent killing of one of the “suspects” in police custody and the arrest of eight Special Investigation Team officers for his murder, has all cast a long shadow on the assembly elections in Himachal Pradesh, in particular in the Jubbal-Nawar Kotkhai constituency.

Though the constituency is known for its high-quality apples and the prosperity horticulture has brought to many of the farmers, this time around issues pertaining to infrastructure development and farmer’s problems appear to have taken a backseat. The reason for this is the growing anger among the populace over the manner in which the Gudia case was handled by the state police, leading to its ultimate transfer to the Central Bureau of Investigation. There is also a lurking fear that the culprits may be emboldened by the inability of the cops to nab them.

Also read: In Himachal Pradesh’s Kasauli, It’s a Fight between Technology and Tradition

The spontaneous outcry of the masses, first against police action and then their complicity in picking up “innocent” farm owners and labourers for the crime, had led to activists of both the Congress and the BJP coming out to the streets. But the saffron party has somewhat managed to turn it into a movement against the Virbhadra Singh government by creating a murmur that some influential people may be involved in the crime and the government may be shielding them. The BJP knows that this is one case that can turn the tide truly in its favour.

At the election office of Narendra Bragta, a two-time former cabinet minister who had lost the last assembly election from the constituency to Rohit Talwar of the Congress by a margin of over 9,000 votes, the mood is quite upbeat. Emerging from a meeting with party workers, block president Gopal Jabaik admits that the Gudia case is a big issue for the party but insists that there are other issues as well, in particular the non-performance of the Congress candidate.

Dhruv Bragta, son of the BJP candidate, said his father had twice been the horticulture minister for the state – from 1998 to 2003 and from 2007 to 2012. “The reason of my father’s defeat last time was primarily delimitation as nine panchayats from Virbhadra Singh’s stronghold had been added to the constituency,” he explained.

On the history of the constituency, he said it had always been a Congress bastion and Rohit Talwar’s grandfather and former chief minister, Thakur Ram Lal, had won the seat nine times – including once by contesting on a Janata Dal ticket and defeating Singh in 1990. “The BJP first won this seat when my father won in 1998,” he added. 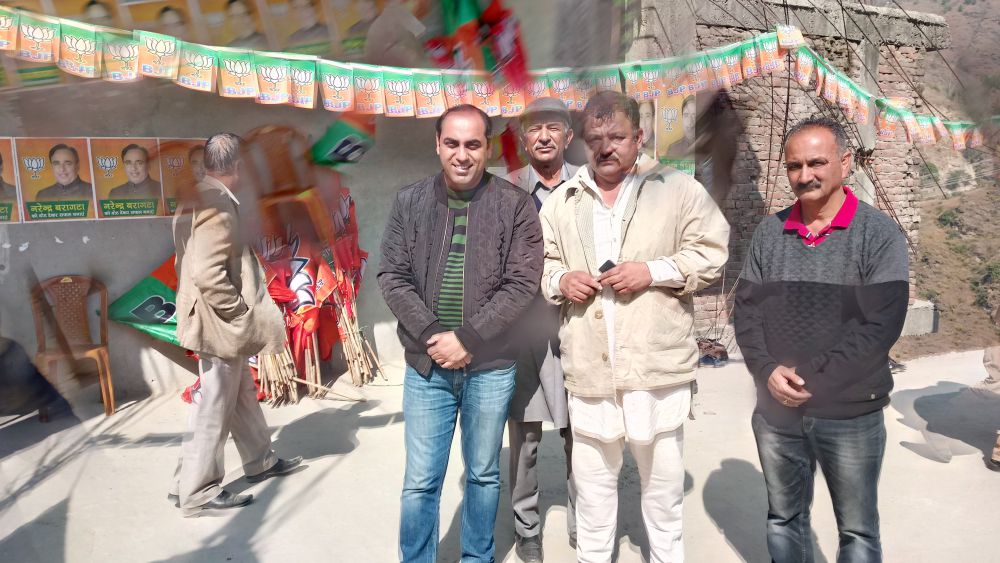 BJP candidate and former minister, Narendra Bragta’s son Dhruv (in black jacket) is a banker by profession but has taken time off to bolster his father’s campaign. Credit: Gaurav Vivek Bhatnagar

In the Gudia case, he said,  mishandling by the state government and some statements by the chief minister had irked women and the general population. “We organised a women’s convention last month and witnessed a record participation of over 5,000 women.” His assertion holds significance as no woman can be seen at the party offices of either the Congress or the BJP in this region.

Horticulture also at the centre of campaign

Apart from this case, Dhruv said the BJP is also talking about how it is working towards developing six national highways in the region. The focus, however, would be on horticulture. “We are promising to promote research in apple cultivation, setting up controlled atmosphere stores, opening packing and grading lines and reviving the anti-hail gun project which was started when my father was a minister under the Dhumal government but which was not promoted and, in fact, dissuaded under the Congress regime which did not even repair the radar that supports the guns leading to their manual use and purchase of private ones by some farmers.” The BJP is also promising to revamp the administration by reviving the process of having two SDM offices in the constituency, which it had started work on but the Singh government discontinued.

At the Congress office, there is anger against the BJP for turning the Gudia episode into a political one. “We had all participated in the protests and even gone and met her family, which the BJP did not do, but they have given it a political colour for narrow ends,” lamented Jagdish Chauhan, the general secretary of the block Congress committee.

Ravinder Chauhan, ex-chairman of Kotkhai nagar panchayat, alleged that the BJP is trying to use the emotive issue to cover its own shortcomings. “Elsewhere, BJP may be fighting on development, but in this constituency the Congress is fighting on it,” he said, accusing the BJP of stalling the Theog-Kotkhai-Hatkoti road project which was proposed with a Chinese contractor for the area when Congress was in power in 2006. “They stalled it and as a consequence the farmers lost a lot of crops as transportation was difficult. The project was revived by our government and is almost complete.”

Apart from this, Chauhan said 78 new roads have been built in the region and work on another 40 was in progress. He also claimed that 150 transformers have been added in the last five years as against just 18 in the five-year rule of the BJP before that.

As for the use of anti-hail guns, the Congress is claiming that they were unscientific and therefore were of no value.

The party workers are also going around talking about how Gudia hailed from a neighbouring constituency and had only joined the school in their area a couple of months before the crime. There is also talk of how she used to normally come to and leave school accompanied by her friends and brother but on the fateful day had decided to return home on her own. These so-called explanations, however, are likely to do the Congress more harm than good.