Singh, the widow of former six-time chief minister Virbhadra Singh, was made the grand old party's state unit chief. The organisation rejig comes just months before the state goes to the polls.

Chandigarh: The Congress on Tuesday, April 26, announced Pratibha Singh, the widow of six-time Himachal Pradesh chief minister Virbhadra Singh, as the new state unit president ahead of polls in November this year.

The Congress has been facing a leadership vacuum ever since Virbhadra Singh’s demise last year, a popular leader of the party for over 50 years.

Elevating Prabhita Singh, currently the member of parliament from Mandi, to head the party’s Himachal unit may help the Congress keep Virbhadra Singh’s legacy alive and with it, its chances in the upcoming polls. Pratibha’s win in the November 2021 by-election for the Mandi parliamentary seat is a case in point. Besides, the party also won all three assembly seats that had by-elections. 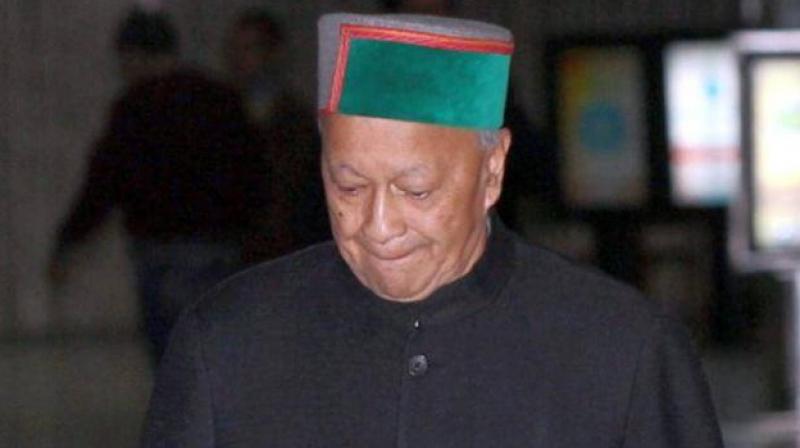 In its latest organisational rejig, the Congress also accommodated various other factions in order to keep the flock together, especially as the Aam Aadmi Party (AAP), close on the heels of its win in Punjab, is out to poach leaders and expand its footprint in the poll-bound northern state.

For instance, Sukhvinder Singh Sukhu, who is believed to represent the anti-Virbhadra camp within the Congress, was made the chairman of the party’s Himachal campaign committee, besides being a member of the screening committee.

Congress leader, Mukesh Agnihotri, will continue at his post of the leader of the Congress legislative party (CLP).

Anand Sharma, the former deputy leader of the Congress in Rajya Sabha, will head the steering committee, which also includes senior MLA Asha Kumari as its convener and outgoing state unit chief Kuldeep Rathore as a member, along with eight others.

One of Sukhu’s loyalists, Harsh Mahajan, has been made the state working president, along with three others: Rajinder Rana, Pawan Kajal and Vinay Kumar, keeping in view various factors, such as the optimal caste combination.

While upper castes such as Thakurs and Brahmins dominate Himachal’s politics, a considerable population of the state hails from Scheduled Castes (SC).

While it is clear enough that Pratibha Singh has been given the responsibility of steering the party, the question of whether she will emerge as the party’s chief ministerial candidate remains unclear.

My best wishes to Smt. Pratibha Veerbhadra Singh on being appointed as the new President of Himachal Pradesh Congress Committee. I am sure you will lead the party in HP with great responsibility and dedication.@VirbhadraSingh @INCHimachal pic.twitter.com/OMw7Z4aIdB

If media reports are to be believed, Pratibha’s appointment as state chief comes with the precondition that she will not contest the upcoming election. This, many believe, may give the BJP reason to accuse the Congress of using Virbhadra’s name and legacy through his widow while planning to hand the state’s reins over to someone else after election.

In that situation, the Congress may be pushed to make its chief ministerial candidate public; a tricky situation that it does not want to fall into.

Political observers in the state believe that since there are too many contestants for that position within the Congress, its focus right now is to keep its flock together and not to let voters know that the party is deeply divided; something that proved detrimental to the party in Punjab.

Also read: In Punjab, Congress Proved Its Own Enemy and Paved Way for AAP’s Rise

As far as the BJP is concerned, it has already announced that it will fight the upcoming election under the leadership of incumbent chief minister Thakur.

The AAP may also announce its chief ministerial candidate well in advance since a similar strategy worked well in Punjab.

How the Congress will deal with this issue remains to be seen. Right now, however, the party plans to energise its cadres and enter into ‘poll mode’ at the earliest since its rivals have already been campaigning.

The saffron party is leaving no stone unturned in its attempt to make history in Himachal politics by forming government in two successive terms; something that no political party has been able to do 1985.

The recent announcement of popular schemes, such as a 50% discount to women in Himachal roadways buses; free power up to 125 units; and no water bills in rural areas, is proof of the BJP’s poll desperation.

The party, as per reports, has been focusing on women voters as well as SC voters this time around, besides approaching voters who benefitted from its welfare schemes.

The AAP, however, poses a challenge to the BJP in the sense that it has already been strengthening its voter base in the saffron party’s strongholds of Kangra, Una and Mandi.

Una and Kangra also have close proximity with Punjab, where the AAP is currently in power after its landslide victory in the February polls.

If BJP suffers a dent in Kangra – which sends 14 lawmakers to the 68-member Himachal assembly; the highest of all constituencies –its road to power will become very difficult.

Ramesh Chauhan, a political commentator and professor of political science at Shimla University, told The Wire that the Himachal election is interestingly poised in that there both the BJP and the Congress are undergoing a generation shift, even as the AAP is entering into the fray as a third front.

Chauhan said that a host of factors will decide the poll outcome. First is the AAP factor. The Shimla municipal corporation elections are due to be held next month. It is believed that the party which wins the Shimla MC has the best chance to win assembly polls too.

Right now, the AAP does not look formidable. However, If it wins the Shimla local body election, it will get a big boost ahead of the polls. If it fails to do so, however, it may prove to be a spoiler for one of the other parties, just like the Sukh Ram was for the Congress in the 1998 assembly polls.

Chauhan said that while only time can tell if the AAP’s presence spoils the poll prospects of either the BJP or the Congress, Pratibha’s elevation by the latter is not a bad move, given that Virbhadra’s family is known all across the state.

The sympathy factor after Virbhadra’s death is also important, “But this alone may not win the Congress the election. The selection of candidates will be crucial for the party. It needs to bring fresh and clean faces in order to beat the ruling BJP,” he said.

According to Chauhan, the question of the chief ministerial candidate may cause trouble for the Congress, but it can overcome that if it manages the factions within the party well, just like Prime Minister Narendra Modi is doing within the BJP.

“The Congress, too, needs to be more visible now, not repeat the mistakes it made in Punjab. Only then will it be able to defeat the ruling BJP,” Chauhan added.

Meanwhile, Pratibha Singh, in a tweet, thanked Congress interim president Sonia Gandhi and leader Rahul Gandhi and said that she would work hard to ensure the party’s victory in the 2022 Himachal polls.