The October 30 bypolls – votes will be cast in one parliament and three assembly constituencies – are being viewed as 'mini election' before the state heads for assembly election in late 2022. 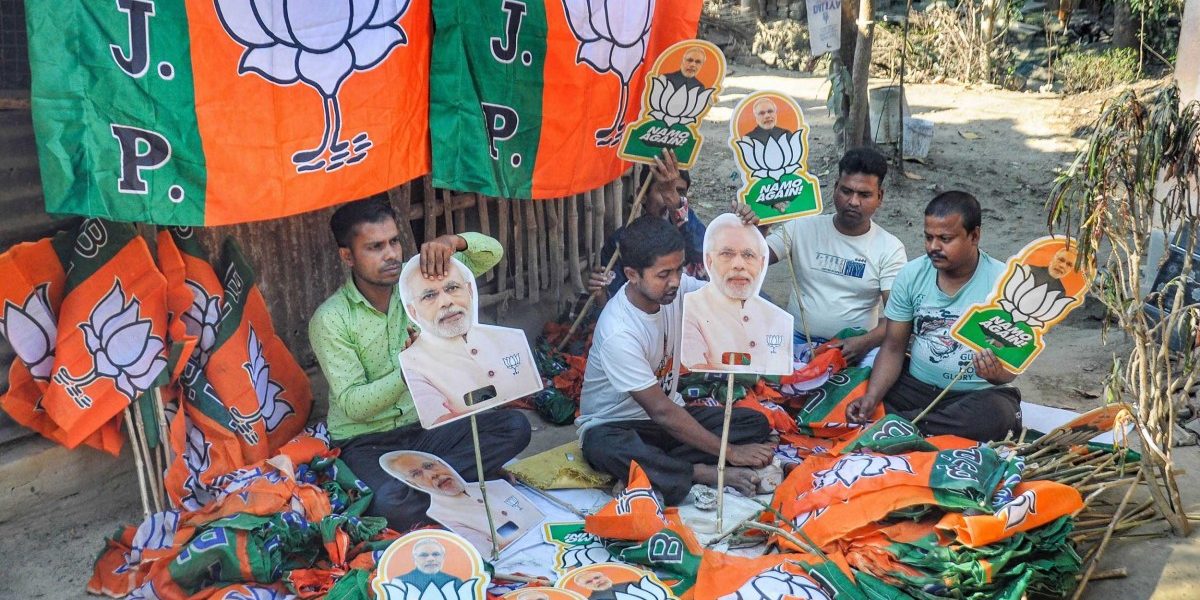 Chandigarh: The ruling Bharatiya Janata Party (BJP) not only faces a daunting task ahead of the crucial assembly and parliament bypolls in Himachal Pradesh, with factionalism coming to the fore, but a poor performance might spell danger ahead of next year’s assembly election in the hill state. The Congress party sees an opportunity in the bypolls to energise its cadre and revive prospects ahead of next year’s statewide polls.

The bypolls assume significance given that the state will have assembly polls in less than a year from now. Journalists with whom The Wire spoke to see the October 30 bypolls as a sort of mini election, the outcome of which will give a fair idea about the electoral mood in the state.

While the election is a litmus test for Congress after the recent death of its main leader Virbhadra Singh, stakes are high for the ruling BJP as well. If the BJP fails to perform well in the bypolls, the ruling government may be heading for serious trouble due to the existing government policies and overall perception.

The fact that Himachal is the home state of BJP national president J.P. Nadda makes the bypolls even more interesting.

While BJP’s co-incharge for Himachal affairs Sanjay Tandon told The Wire that the party will win all four seats, what worries the party is the open revolt in Jubbal-Kotkhai, an assembly segment in Shimla district.

Apart from it, there are silent rumblings in the Fatehpur assembly seat as well as the Mandi parliament seat, which is also the home segment of BJP chief minister Jai Ram Thakur.

The party’s heavyweight leader in the upper Himachal region Narinder Bragta held the Jubbal-Kotkhai constituency until his death in June 2021. 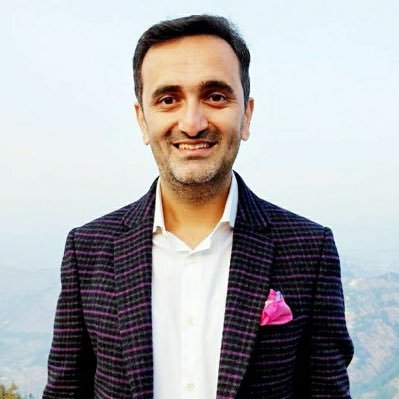 Former banker Chetan Bragta, Narindra Bragta’s son, was believed to be the strong contender and it was almost certain that he would be the BJP candidate from the seat.

But the ticket went to Neelam Saraik, a former Zila Parishad member, prompting Chetan to file his nomination as an independent candidate despite the efforts of senior BJP leaders, including CM Thakur, to pacify him.

While Neelam is still hopeful that Chetan will step down, when The Wire spoke to the latter, he clarified that he will not only fight the election but will also win with a heavy margin.

Chetan said that the people of his father’s constituency had requested him to contest.

“The BJP may have its own reason to field another candidate, but there is a huge sentiment among people who wanted me to fight to carry forward the legacy that my father built over the past 40 years,” he said.

He said that the assembly constituencies in and around Shimla district had been Congress bastions until his father made inroads here and “lent voice to apple growers through government policies”. “Now it is my time to take their voice further,” he said.

Chetan said that all other candidates in the fray have no vision of how to increase the income of apple growers. “I have entered the fray with a clear vision and that is the reason I have so much support on the ground. Mark my words, we are winning this seat on November 2,” he told The Wire.

There is a growing perception that Chetan may end up ruining the BJP’s chances. However, Tandon, the co-incharge, told The Wire that the party will be in control of the situation in three-four days.

“Senior members of the party are seized of the ground situation. The party is taking all necessary steps to handle the situation,” he said.

Situation in other constituencies is no different

Trouble is also brewing for the BJP in Himachal’s Fatehpur constituency in Kangra district. 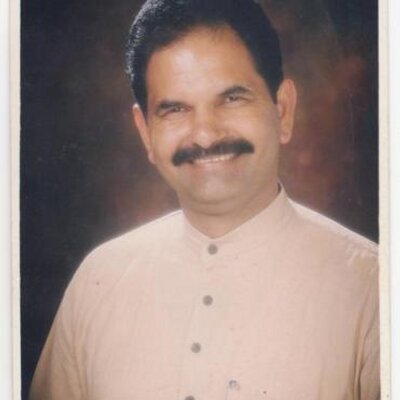 In the 2017 election, the party fielded Kripal Parmar, former Rajya Sabha MP, who has been nurturing the constituency for a long time.

However, he lost the election by a slender margin of 1,200 votes after another aspirant, Baldev Thakur, filed his nomination as an independent candidate and secured more than 13,000 votes.

Baldev Thakur is now the BJP’s candidate for the constituency, where a bypoll has been necessitated by the death of Congress MLA Sujan Singh Pathania. He was the party’s popular leader in the area.

While Congress has fielded Pathania’s son Bhawani Singh Pathania to make sure that the party retains the seat, the BJP is again in a fix due to the internal tussle between Thakur and Parmar.

While Parmar has been silent after the party refused to field him again, his supporters made a lot of noise after Thakur was announced as the party’s official candidate last week.

Several of Parmar’s supporters, including the Fatehpur BJP mandal president, the BJP-supported chairman and vice-chairman, besides 40 pradhans, up pradhans and members of the panchayat samiti of Fatehpur, resigned in protest.

Parmar and his supporters relented after the intervention of senior party leaders, including chief minister Jairam Thakur. However, a leader close to Parmar told The Wire that the party’s decision to field Baldev Thakur has not been well received by the cadre. They are unhappy that the party chose a person who fought against the its official nominee in the 2017 assembly elections, resulting in his defeat.

“Instead of throwing him out of the party, the senior leaders rewarded him with a ticket, insulting the loyalty of people who always respected the party’s decision,” he added.

When contacted, Parmar refused to comment. He said if needed, he would take up matters within the party forum. He also said that he expected the BJP to win the seat with a heavy margin.

However, sources close to him confirmed that he is not actively campaigning for the party’s official candidate. This may dent the BJP’s chances, given that the Congress candidate, Bhawani Singh Pathania, is better placed than the BJP candidate.

Bhawani’s father, Sujan Singh Pathania, had won seven elections from the seat, a clear indication of his popularity. The fact that his son is in the fray after his demise should make it easier for the Congress to win again.

On the other hand, the BJP also faces a challenge from Rajan Sushant, a former BJP MLA, who is also contesting.

Sushant had contested as an independent in the 2017 election too and polled more than 6,000 votes. This time around, he has floated his own political outfit ‘Hamari Party Himachal Party’, and is again in the fray. He is likely to harm the BJP’s prospects again.

Mandi parliament seat: A cynosure of all eyes

When the results for the bypolls are announced, the focus will be on the Mandi parliamentary constituency that fell vacant after the demise of BJP MP Ram Swaroop Sharma.

While the BJP has fielded Kargil war hero Brigadier (Retd) Khushal Thakur, the Congress has played its trump card by fielding Pratibha Singh, a former MP and the widow of Virbhadra Singh. The former chief minister’s demise has left a leadership void in the party.

Here too, internal rumblings are visible. The BJP’s Maheshwar Singh, a scion of the Kullu royal family and one of the aspirants for the Mandi MP seat, is believed to be upset.

Singh has considerable influence in and around Kullu, thanks to his ancestry. His silence may hamper the party’s poll prospectus.

Maheshwar went against the party earlier, when he floated the Himachal Lokhit Party with other dissidents of the BJP. This party later merged with the BJP before the 2017 assembly polls.

Poll pundits in the state believed that the Congress’s decision to field Pratibha Singh is a masterstroke as she may get sympathy votes.

Meanwhile, from the Arki seat, which fell vacant after the demise of Virbhadra Singh, the BJP has fielded Ratan Singh Pal against the Congress’s Brahim leader Sanjay Awasthi. Ratan Singh had lost the 2017 elections to Virbhadra Singh and is trying his luck again.

Congress state president Kuldeep Rathore told The Wire that the BJP is a divided house ahead of bypolls. “They are facing dissidents in all the seats. In Kotkhai, there is an open revolt. In Mandi, Maheshwar Singh is unhappy. So is the situation in Fatehpur. On the other hand, the Congress is fighting unitedly.”

“We have a clear vision for the state, whereas the past four years of the BJP’s rule are riddled with mismanagement and corruption. We are confident that the party will win all seats. You will see that the results of the bypolls will be the beginning of the end of the BJP’s rule in the state,” Rathore added.

BJP’s Sanjay Tandon, on the other hand, said that the Congress is a ‘sinking party’. “Its leaders are fighting internally all across the country. Look at what is happening in Punjab. The BJP has given a stable government to the people of Himachal, and the state has prospered under our governance.”