Here's Why Kashmir Is Anxious Over the Delimitation Exercise

While the redrawing of J&K's electoral map has been on agenda of the BJP, stakeholders fear the exercise could be used to reduce Kashmir’s upper hand in J&K politics. Srinagar: The ongoing delimitation exercise has deepened anxieties in Jammu and Kashmir, as it is being viewed by many as yet another attempt to disempower the Kashmir Valley and Muslim-majority Chenab and Pir Panchal regions of Jammu province.

The redrawing of the electoral map of J&K has been a longstanding agenda of the Bharatiya Janta Party, which has been raising the bogey of “under-representation of Jammu region” in the electoral politics of J&K since 1995 when the last delimitation exercise took place in the erstwhile state.

The exercise is part of the constitutional and legal changes effected by the BJP-led Union government in August 2019 when it stripped J&K of its special status and downgraded it into a Union Territory.

The BJP’s two-decade old claim of Jammu’s under-representation does not withstand scrutiny.

Going by 2011 Census figures and the number of assembly segments that each region in J&K assembly has, Jammu region is better placed than Kashmir.

A cursory look at community-wise representation in the last assembly of the erstwhile state of Jammu and Kashmir reveals that Hindus are better represented than Muslims.

The number of seats was increased in Jammu region in the past six decades is more than double when compared to Kashmir.

While Kashmir has seen an overall increase of three seats, Jammu’s seat tally has gone up by seven. In the first assembly election held in 1957, 43 seats were in Kashmir Valley, 30 in Jammu, and two in Ladakh, which is no longer part of J&K after reorganisation of the erstwhile state.

A simple calculation, on the basis of population (2011 Census), reveals that Kashmir’s seat tally should go up to 51 from existing 46 and Jammu should get two  more seats, which would increase its strength to 39 from 37. 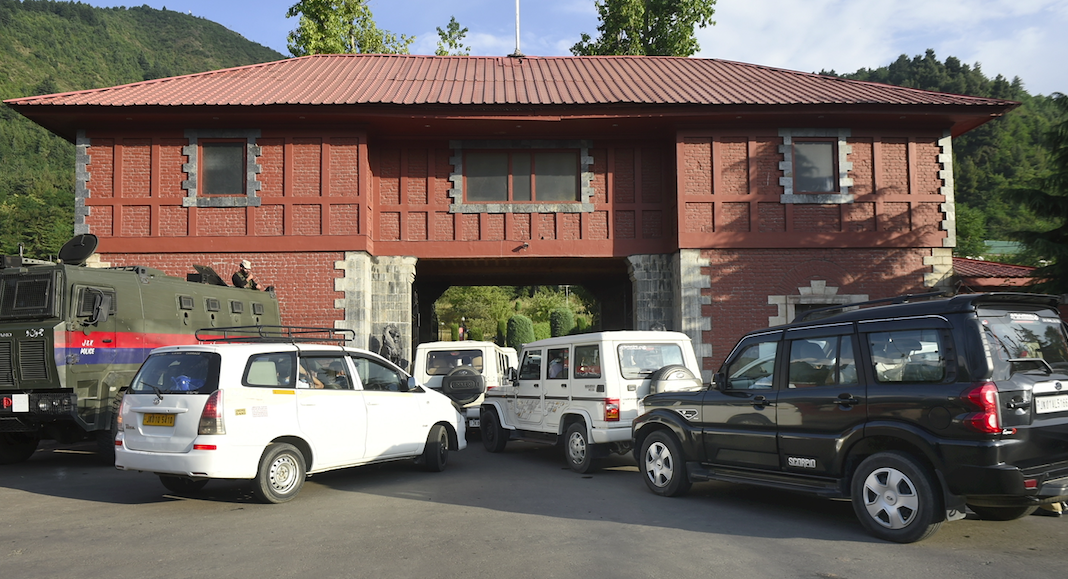 A Muslim has always been head of an elected government in J&K. Many fear that the exercise could be used to fulfil BJP’s ambition of installing a Hindu chief minister in the Muslim majority region or leave a Kashmiri chief minister completely at the mercy of Jammu votes.

“There are apprehensions that the process is aimed at realising the political vision of a particular party in J&K wherein, like other things, the views and wishes of the people of J&K would be considered the least. It is widespread belief that contours and outcome of the exercise are pre-planned and the exercise, per say, is a mere formality,” Peoples Democratic Party’s general secretary, Ghulam Nabi Hanjura wrote in a letter to the delimitation commission, which is currently in J&K.

The political parties fear that disproportionate weightage to non-population factors like inaccessibility, tough terrain and facilities of communication during the delimitation exercise could be used to reduce Kashmir’s political supremacy.

Owing to these apprehensions, all major political forces on Tuesday, July 6, requested the delimitation commission to conduct the exercise of rearranging constituencies on the basis of population.

“Population has to be the only norm as has been the practice in the past in J&K and elsewhere in the country,” the National Conference said.

Former bureaucrat Lateef-ul- Zaman Deva told The Wire that the population is the primary factor for determining  delimitation of electoral constituencies and not the number of voters or size of an area.

The biggest worry in Jammu’s Chenab Valley and in the Rajouri district of Pir Panchal region is that BJP could redraw boundaries of constituencies in such a way so that chances of its candidates winning increases.

“There are apprehensions that the whole exercise is being done to benefit BJP as they had also carved out constituencies as per their will during district development council (DDC) elections held last year,” says Asim Hashmi, a lawyer who defeated BJP’s former minister and vice-president Shakti Raj Parihar in the DDC polls.

Asim, who won from Hindu-dominated Gundna DDC segment of Doda district, said that BJP would not be benefitted from the exercise in Chenab region if delimitation is carried out in accordance with laws governing the process.

“The commission should determine the seats on the basis of population and that ensure that they are geographically compact,” he said.

The buzz in political corridors of J&K is that two politicians, both from the Jammu province, have switched loyalties from their respective parties and ended up joining a political party which is seen close to BJP to protect their interests during delimitation. 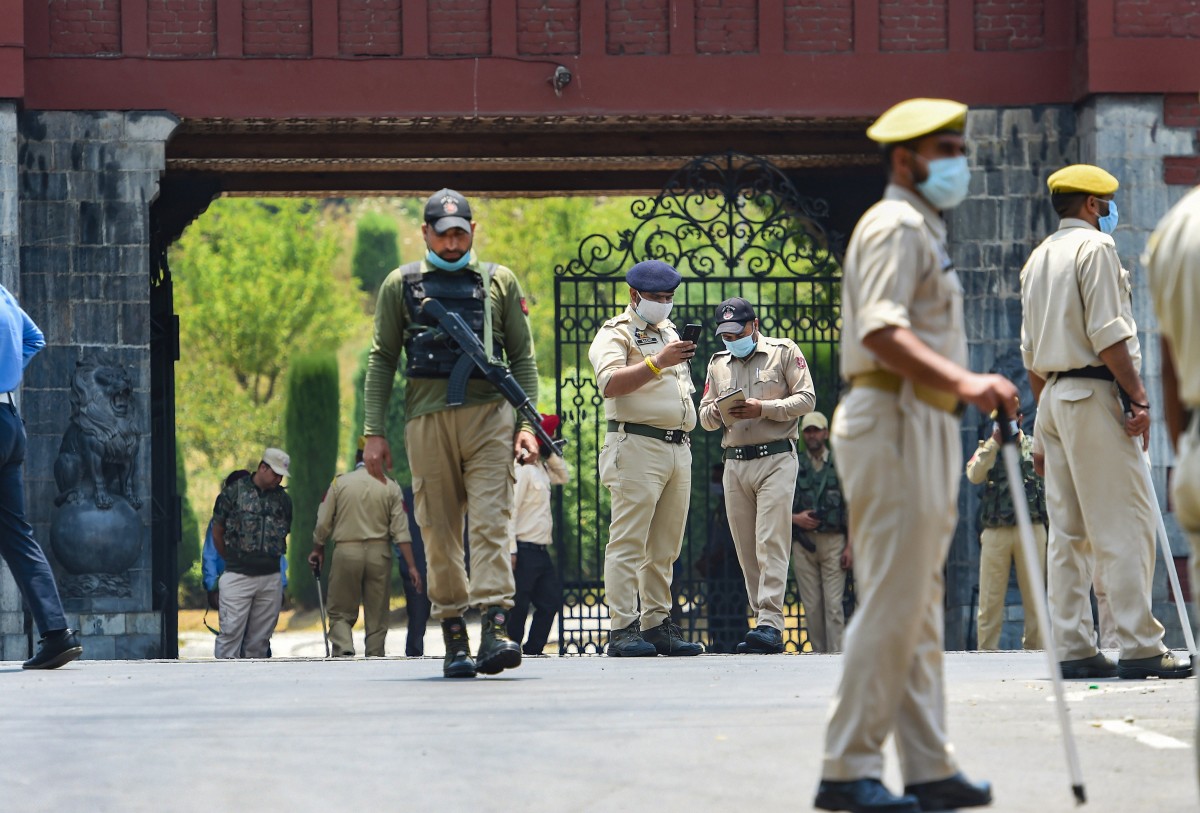 But how did this come to be?

No delimitation exercise was possible in J&K till 2031. This was before August 2019 when BJP-led Union government, along with effecting other constitutional and legal changes, repealed the law governing delimitation in the erstwhile state.

The Union thus incorporated provisions for undertaking delimitation in The Jammu and Kashmir Reorganisation Act, 2019.

Under the law, the J&K Assembly would have 90 seats, excluding the 24 seats reserved for areas which are part of what is known as “Pakistan Occupied Kashmir or PoK.”

The delimitation panel is also empowered to reserve seats for Scheduled Castes and Scheduled Tribes in the Assembly.

The constituents of Peoples Alliance for Gupkar Declaration (PAGD) are not on the same page over meeting the visiting delimitation panel. While National Conference, in a departure from its earlier position, met the panel, the Peoples Democratic Party stayed away from meeting the commission.

In its memorandum submitted to the commission, National Conference questioned the legal validity of the panel, saying the delimitation of constituencies can be undertaken once the figures of the first Census after the year 2026 are published.

The party, in its memorandum, submitted that the  delimitation exercise would be a credible effort in strengthening democracy only after full statehood is restored to J&K.

Also read: Interview | ‘We Shouldn’t Give Legitimacy to J&K Status by Participating in Polls’: Ruhullah Mehdi

“However, despite our basic reservations on the issue, the Hon’ble commission has decided to go ahead with the delimitation process. While reiterating our stand and without prejudice to the submissions made above, we request you and other Hon’ble members of the Commission to carry out the delimitation exercise in a free, fair and transparent manner so that the unity and integrity of the state is safeguarded,” read the memorandum.

Earlier the party had decided against participating in proceedings of the commission, saying the law under which it was established has been challenged by the party in the Supreme Court.

Its = three Lok Sabha MPs including president Dr. Farooq Abdullah boycotted a meeting of the panel held in February.

Peoples Democratic Party, a constituent of PAGD, decided against meeting the panel, saying it “lacks constitutional and legal mandate and its very existence and objectives have left every ordinary resident of J&K with many questions”.

Peoples Conference has cautioned the panel against “inventing” constituencies and demanded that population should be the guiding factor for delimitation.

The Congress unit of J&K demanded that statehood should be restored before the delimitation process.

“Restoration of Statehood for Jammu & Kashmir is a sine qua non for conducting the delimitation process. Until the full statehood for Jammu & Kashmir as part of Union of India is restored, there would be no meaning for the delimitation commission to undertake any exercise. Unfortunately, the meeting called by the Prime Minister gave no concrete assurance in this regard. This is an essential confidence building measure imperative for restoration of the democratic process in Jammu & Kashmir,” read the party memorandum.

Interestingly, hours after PDP announced its decision to stay away from the delimitation panel, mother of its president, Mehbooba Mufti received a summon from Enforcement Directorate to appear before it on July 14 in connection with an alleged money laundering case.

On the day PDP chose not to meet Delimitation Commission, ED sent a summon to my mother to appear in person for unknown charges. In its attempts to intimidate political opponents,GOI doesn’t even spare senior citizens. Agencies like NIA & ED are now its tools to settle scores pic.twitter.com/pVw2uYMAor