In spite of being the chief minister's constituency, Karnal has seen little development effort. Farmers, too, are angry. 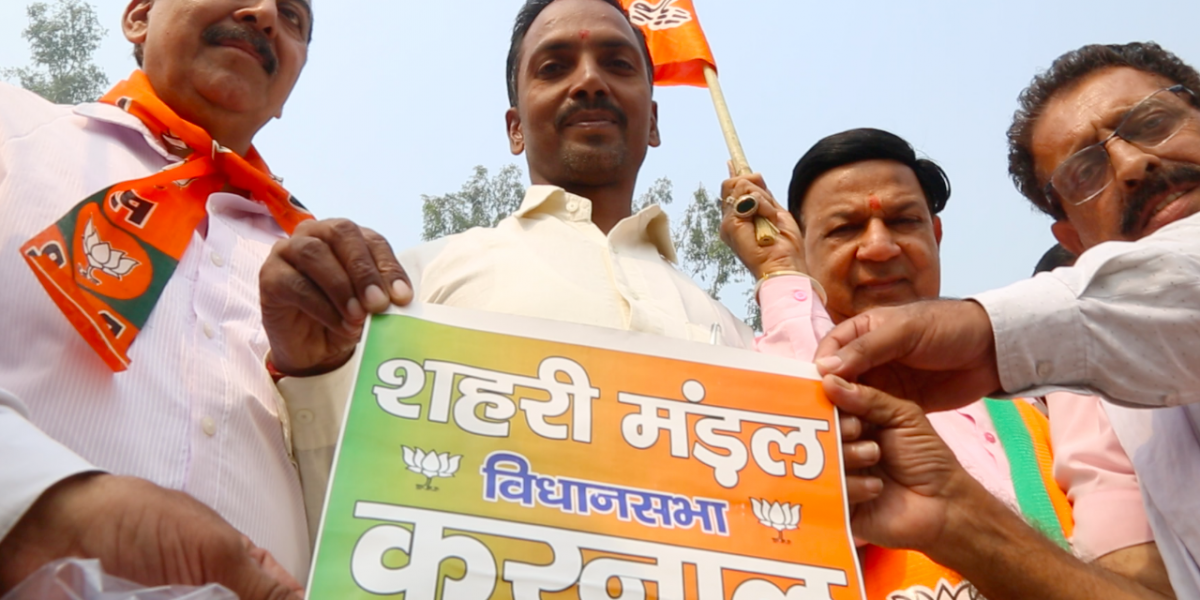 Karnal (Haryana): “Khattar’s win is predestined, there is absolutely no contest,” says Hari Singh, a tea-seller on the Karnal-New Delhi highway.

“The other parties have fielded political novices,” a man at his stall chips in.

Perhaps this is why, days before the assembly polls in Haryana on October 21, the pre-election buzz seems missing in Karnal. The BJP chief minister Manohar Lal Khattar contested his first election in 2014 from this north Haryana town, defeated his Congress rival by almost 64,000 votes, and was soon anointed the 10th chief minister of the state. In the process, several BJP veterans in Haryana felt slighted.

BJP posters and banners carrying pictures of Prime Minister Narendra Modi and Khattar populate almost every corner of the city— some with the slogan “Main bhi Manohar Lal (‘I too am Manohar Lal’)” — and some with the tell-tale legend, “Karnal: CM’s city”.

The saffron party has pitched Khattar as a crusader against corruption and nepotism — both issues that had persistently tainted Congress and INLD governments in the state. “Parchi aur kharchi ka daur gaya (‘the age of chits and bribes is gone’),” a BJP paper declared.

No other party comes close to beating BJP in the advertising game. BJP flags are visible by the side of a Karnal road. Photo: Harsh Chetwani.

“Khattar is the first chief minister in Haryana’s political history from Karnal. People of the city are upbeat about this,” says a senior journalist with a Hindi daily. He adds that expectations from Khattar, originally from Rohtak, were really low, seeing that he was a virtual unknown at the time when he first contested. But all of that changed when he became the chief minister.

“His performance as an MLA has been below par, but in my opinion the voters in Karnal will not vote on local issues,” the journalist, who refuses to named, tells The Wire.

Come 2019, Khattar is contesting from this Punjabi-Bania-dominated constituency again, and the BJP workers believe it is not a contest at all.

The “one-sided electoral contest,” as any Karnal resident is eager to inform you, has taken away any shred of electoral competition from the region.

Khattar himself hasn’t visited the constituency much during his campaign, spending most of his time in other constituencies.

He has left the job to his party friends, who have diligently tried to reach out to as many voters as possible. His team includes BJP leader Jagmohan Anand, mayor Renu Gupta, ex-district BJP president Ashok Sukhija, Haryana BJP Mahila Morcha leader Nirmala Rani and Jang Bahadur Chauhan, the assembly in-charge of BJP in Karnal, and Khattar’s former officer on special duty, Amrender Singh. Congress, on the other hand, has fielded former MP, Tarlochan Singh, who has served as a member of the state’s minority commission. He has been campaigning against the rising unemployment and crime graph in the state. He has also been aggressive about the hefty penalties in the new Motor Vehicles Act, an issue most people The Wire met complained about. But barring his party workers, he hardly seems to have any takers.

A Congress worker told The Wire that the party workers in Karnal wanted veteran Sumita Singh to contest, as not many people in the city know Tarlochan Singh. However, he alleged that Sumita had refused to contest at the last moment.

The Karnal contest had garnered national attention when the Dushyant Chautala-led Jannayak Janta Party — a breakaway faction of the Indian National Lok Dal — fielded former Border Security Force (BSF) soldier Tej Bahadur Yadav who was dismissed from the forces after having posted a video on social media complaining about the poor quality of food served in the troops. He had also tried to contest against Modi from Varanasi in the Lok Sabha polls but his nomination was cancelled on technical grounds.

But Yadav remained an absentee candidate after he was arrested earlier this month in Jhansi, Uttar Pradesh, where he had gone to protest against an alleged fake encounter case by the Uttar Pradesh police.

However, not all the confidence the BJP exudes about Khattar’s victory comes from Karnal being the chief minister’s seat or from the fact that the opposition is vastly lagging behind in the popularity graph. 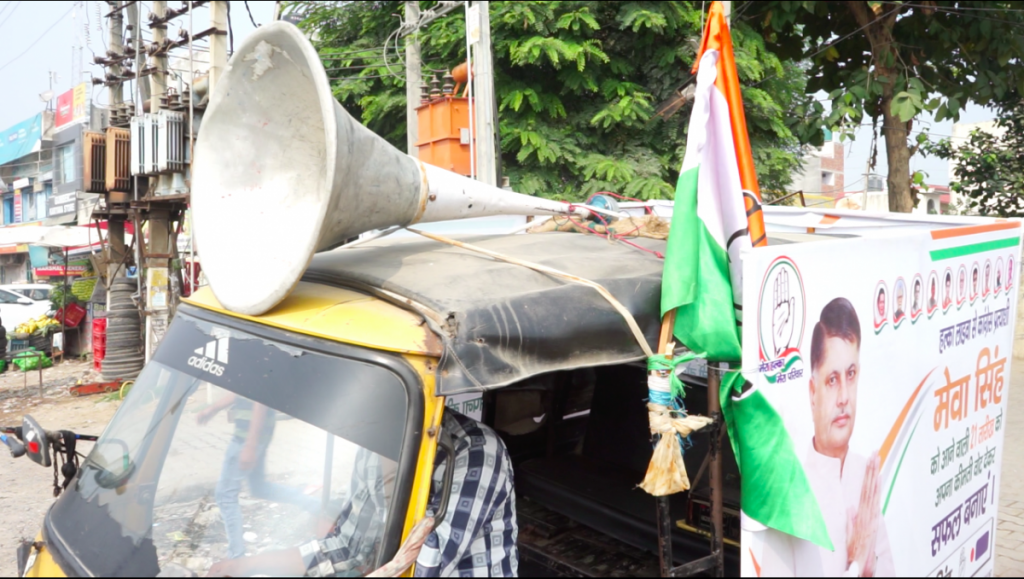 Over the last few years, Khattar, with unequivocal backing from the party’s central leadership, has turned Karnal as the centre of anti-Jat politics.

Riding on the support of people from Punjabi and Bania communities, Khattar has pitched himself as the first “non-Jat” chief minister in the last four decades. The 2014 assembly polls in the state marked a paradigm shift as BJP consolidated its ground by pitching various caste groups against politically and socially-dominant Jats.

Bhupinder Hooda, the former Congress chief minister and a Jat leader, had to take a beating as a result of this strategy.

It is said that Haryana comprises 36 communities, and the BJP’s political campaign on the ground has hinged on what political analysts in Haryana call “35 banaam 1 (’35 versus 1′)” strategy. This means that 35 caste groups are against the Jats.

Khattar chose Karnal as his constituency and drove home this point across north Haryana regions of Ambala, Karnal, Yamunanagar, Kurukshetra and Panchkula where Punjabis and Banias dominate the demograph. “After he came to power, Khattar consolidated 35 caste groups, including the other backward classes, against Jats,” Kurukshetra-based Gurmej Singh, president of the All India Lawyers Union, tells The Wire.

Karnal’s population has an insignificant portion of Jats, and that explains Khattar’s confidence. Congress flags are seen behind a man who sits at his sewing machine in Karnal. Photo: Harsh Chetwani.

“There has hardly been any development work in the city. The BJP-led corporation installed CCTV cameras in the city. Now Khattar is trying to take credit for it. Except sanctioning one link road, Khattar has done nothing much in the city,” says the senior journalist.

He says, despite being the chief minister’s constituency, the Karnal grain market saw a delay in the procurement of grains.

The anger reflects in the constituencies adjoining the city.

“We thought that the chief minister would value our (farmers’) support. That was not the case. During his government, our situation has become worse. He seems to be working only for the benefit of business communities. He himself was a businessman. He doesn’t understand the plight of farmers,” says Preet Singh, a farmer in Nilokheri seat of Karnal district.

The anger in rural areas near the city is also palpable. This is the reason most analysts predict a tough fight in Karnal’s Indri, Assandh, Nilokheri and Gharaunda seats.

Khattar’s supporters, however, were expecting the chief minister to double his margin of victory in the upcoming assembly polls.