Haryana and Maharashtra Dent Perception That BJP Is Invincible

It appears that in the long run, the Modi cult through sustained headline management may do more damage than good to the BJP. 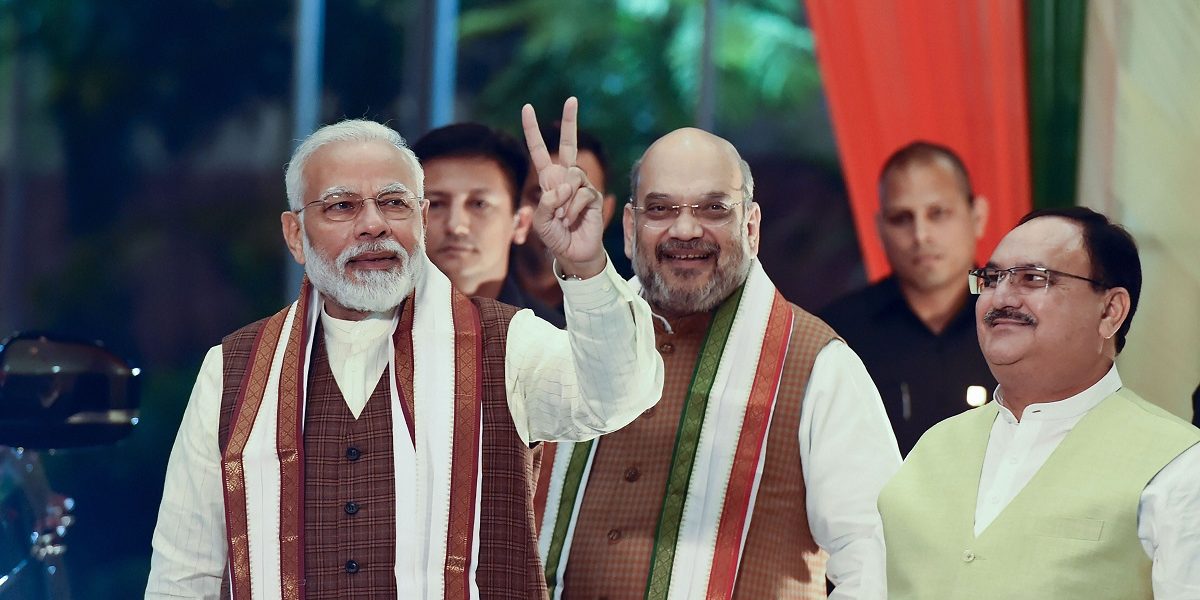 New Delhi: The Bharatiya Janata Party’s last two outings in the general elections were so spectacular that it built an aura of invincibility around it. However, its relatively poor show in Haryana and Maharashtra seems to have dented that perception.

Although the BJP emerged as the single largest party, it fell well short of a majority. Its diminished strength in the new assemblies of the two states reflects people’s protest against the respective BJP-led state governments.

Also Read: For BJP, a Bitter Reminder That Assembly Polls Are Fought on Local Issues

The cracks in the BJP are now apparent. In fact, one may see, with greater clarity, that the party’s sophisticated brand management machinery has been solely responsible to elevate its perception as an unbeatable force. In reality, it is not.

Barring a few states where the BJP established its dominance, it has primarily relied mostly on allies to come to power. In all assembly elections that were held since 2014, the saffron party’s vote shares consistently dropped if compared to parliamentary polls. And wherever it contested without allies, it failed to make a mark.

During Narendra Modi’s first term, BJP could come to power in state elections only with the help of allies.

In Jammu and Kashmir, it partnered with Mehbooba Mufti’s People’s Democratic Party. In Bihar, the Nitish Kumar-led Janata Dal (United) helped it come to power. It formed the government in Goa with the help of regional parties despite ending up with fewer seats than the Congress, as was the case in Jharkhand. In Maharashtra, too, despite finishing as the single-largest party, it needed a post-poll alliance with the Shiv Sena in 2014 to form the government.

In states like Punjab, Meghalaya, Meghalaya, Arunachal Pradesh, Nagaland and Mizoram, it plays second fiddle to regional allies. Its victory in Tripura was mighty, but even that did not come without the help of its ally Indigenous People’s Front of Tripura (IPFT). In Manipur, too, the party rode to power after making crucial alliances with parties that represented different social groups.

In southern states like Tamil Nadu, Kerala, Andhra Pradesh, Telangana, it has negligible presence on its own. Despite trying hard to make its presence felt, it has failed. In Karnataka, where it is in power without an ally, it could not reach a majority in the last assembly polls. It had to wait for the Congress-Janata Dal (Secular) legislators to defect and help it come to power.

In Odisha, where it contested alone, it was no match to Naveen Patnaik’s Biju Janata Dal. It has emerged as a credible opposition in West Bengal and is expected to do well in the next assembly polls. But its performance in the last assembly polls fell below its own expectations. How decisively it will match up to the Mamata Banerjee-led Trinamool Congress in the next state polls is currently just a matter of speculation.

Also Read: When People Take Back the Mandate

Since 2014, the saffron party has won only Gujarat, Haryana, Himachal Pradesh and Uttarakhand without an ally. In Gujarat, a traditional Hindutva stronghold, the party barely managed to cross the simple majority mark. The latest electoral verdict in Haryana shows that it has still not managed to emerge as an indomitable force.

In fact, in states like Rajasthan, Madhya Pradesh, and Chhattisgarh, where the BJP went solo, it had to face humiliating defeats.

What drove its dominance to the fore was its win in Uttar Pradesh, where it beat established regional parties like the Samajwadi Party and Bahujan Samaj Party to register a 300-plus figure. Although the BJP is right in taking credit for the victory, even that did not come without allies. Small parties like Apna Dal and Suheldev Bharatiya Samaj Party (SBSP) – which represent different social groups – helped it post its biggest win till date.

To be fair, the BJP’s success also lies in the way the party – under the leadership of Amit Shah – went about forging strategic alliances in states and centralising its politics around Narendra Modi. Such has been its public relations team’s emphasis on the Modi cult that even senior BJP leaders appear as merely a part of his herd.

This may work in its favour in the general elections, but may also backfire in state elections. Under the Modi-Shah duo, the BJP has dwarfed the stature of its state-level leaders. Those like Shivraj Singh Chouhan or Raman Singh, who posted three successive wins without much help from the party’s central leadership, have been defeated.

It appears now that in the long run, the Modi cult through sustained headline management may do more damage than good to the BJP. The BJP’s model has been successful in throwing the opposition parties off-the-track over the past few years. Yet, this high degree of centralisation of its politics around the Modi-Shah duo, though a micro-managed PR campaign, may help the party organise better at the moment. But it is only a matter of time before the opposition gets it act right and begin to be seen as a credible alternative to the BJP.

As was evident from in Haryana and Maharashtra, the saffron party’s personality-centric and hyper-nationalist campaign sidelined livelihood issues and government’s performance entirely. As the eminent political theorist Pratap Bhanu Mehta wrote in the Indian Express, “…Haryana demonstrates, messaging requires responsiveness to context, not just the wielding of a mantra, which is what nationalism might have become.”

Also Read: With the Pause of the BJP Juggernaut, a Lesson in Keeping Arrogance in Check

The BJP’s current formula can only be temporary as politics can’t be separated from everyday issues in a developing country like India beyond a point.

In Haryana and Maharashtra, the opposition made a spirited effort to encash on these social and economic anxieties and the results are apparent. Data analyst Neelanjan Sircar says in his HT piece that if the BJP’s performance in the Lok Sabha and state elections in Haryana is compared, its vote share dropped in 87 of the 90 constituencies. And that the opposition parties, despite being fragmented, could organise people’s resentment into anti-BJP votes in a much better way compared to some previous elections.

Narendra Modi and Amit Shah may have congratulated party workers on the BJP’s uninspiring victories in both the states. But the party’s rank and file will have realised that chinks in the BJP’s armour are beginning to show.