Patel formally joined the Congress only 15 months ago, ahead of the 2019 parliamentary elections. His meteoric rise to the top in this span has surprised many party veterans in the state. 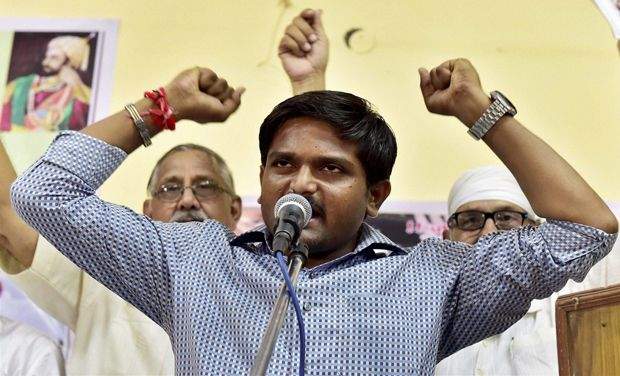 New Delhi: In an attempt to put its house in order, the Congress on Saturday appointed the firebrand Patidar leader Hardik Patel as its working president in Gujarat. The hope is that the move will help reignite the Patidar community’s support for the Congress.

Having lost eight legislators since March 2020, the Congress was forced to concede an extra seat to the BJP in the recently-concluded Rajya Sabha polls. Although he campaigned for the Congress in the 2017 state assembly polls, Patel formally had joined the Congress only 15 months ago, ahead of the 2019 parliamentary elections.

His meteoric rise to the top in this span has surprised many party veterans in the state.

On Sunday, Patel thanked the Congress leadership of the state, and said that the challenge in front of him is to ensure an absolute majority for the party in the 2022 assembly polls.

Ahmedabad Mirror reported that the decision to elevate him to a leadership position was taken by the All India Congress Committee around ten days ago on the recommendation of the Gujarat incharge Rajeev Satav, but the state leaders were not informed about it. Sources told the daily that even senior leader Ahmed Patel, who belongs to Gujarat, was not kept in loop.

Patel, who belongs to Viramgam in Ahmedabad district, had led the 2015 Patidar agitation in Gujarat. What had begun with a demand for OBC reservation for the community under the banner of Patidar Anamat Andolan Samiti (PAAS), the agitation, under his leadership, slowly morphed into a social movement against low-quality private education and poor employment opportunities in the state.

Patel, along with Alpesh Thakor from the Thakor community and the Dalit leader Jignesh Mevani, had emerged as the most prominent opposition voices, who rose in politics from different social movements. While Thakor fought the assembly elections as a Congress candidate, the other two only campaigned for the party from outside. The Congress, as a result, put up a spirited fight against the dominant BJP in the 2017 assembly polls.

However, with Thakor defecting subsequently to the BJP, and many other elected MLAs abandoning the Congress ship, Patel had emerged as the prime contender to steer the party in the state.

Patel’s electoral ambition received a jolt when he was barred from contesting elections after a lower court in Mehsana convicted him in July 2018 in a rioting case. The high court later granted him bail and suspended his jail sentence. By giving him the leadership baton, the Congress expects him to steer the party in the upcoming bypolls in eight assembly seats. The 26-year-old, also known for his fiery speeches, is perhaps the youngest ever Gujarat Pradesh Congress Committee working president.

The All India Congress Committee (AICC)’s general secretary K.C.Venugopal on Saturday announced that along with Patel’s appointment, the party also approved the appointment of  three district Congress Committee presidents — Mahendrasinh Parmar for Anand, Anand Chaudhary for Surat and Yasin Gajjan for Devbhoomi Dwarka.

Within minutes of his appointment, Patel announced his plans to do a road show in as many as 6,000 villages in north Gujarat and Saurashtra regions. “I am taking off in a car to cover 6,000 villages, to make a note of and discuss all their issues. And we shall win all the eight (assembly) seats (scheduled for September-October later this year),” Patel told the Indian Express. He will begin his journey from Rajkot’s Khodaldham temple, which is believed to be the most important shrine among the Leuva sect of the Patidar community.

Manish Doshi, spokesperson for the GPCC, welcomed his appointment. “The Gujarat Congress welcomes the appointment of Hardik Patel as working president. He is a kind of leader who has fought battles for social justice, be it the issue of unemployment among youth or farmers’ plight. He has shown his leadership through the battles he fought for the society. With his appointment, the Congress will only benefit and its fight against the BJP-led state government, which believes in negative governance, will be strengthened,” he told the Indian Express.

Amit Chavda, the current GPCC president, also congratulated Patel on Twitter. With Patel’s appointment, the party is clearly trying to engineer a social coalition of dominant Patidars and the OBC community in the state. Along with the OBC leader Chavda, the Congress will be led by two Patidar leaders from now on – Patel as the working president and the leader of Congress in the assembly Paresh Dhanani.

Unlike the senior state leaders of the party, Patel and Dhanani are known to be fiercely critical of the ruling BJP and the Vijya Rupani-led state government. Their elevation, it is expected, will infuse Congress with new energy and fresh ideas to counter the dominance of the BJP in the state. However, Patel’s appointment is also likely to rock the existing power structure within the party, currently helmed by leaders like Bharatsinh Solanki, Arjun Modwadia and Siddharth Patel .