Hang Me If Idols Are Not Found Under Delhi's Jama Masjid: Sakshi Maharaj

The BJP MP said he also expects the government to bring a law for construction of Ram Temple in Ayodhya before the 2019 elections. 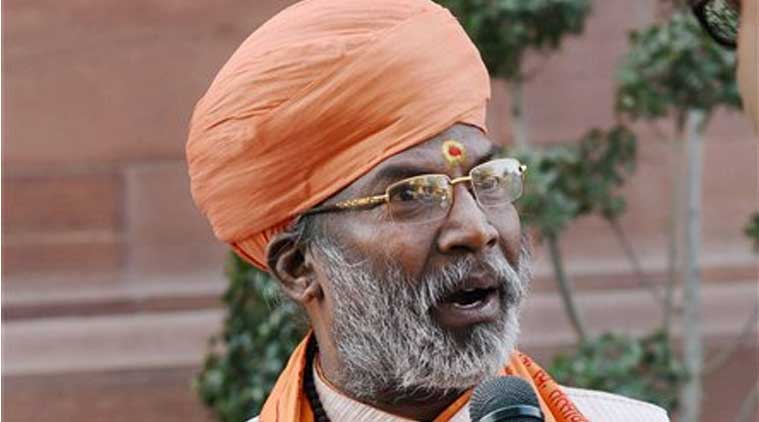 Claiming that Mughals played with the sentiments of Hindus and constructed over 3,000 mosques by demolishing temples, he said he would be ready to be hanged if idols were not found below the staircase of Jama Masjid.

“When I came to politics, my first statement was in Mathura: ‘Leave Ayodhya, Mathura and Kashi aside, and demolish Jama Masjid in Delhi and if idols are not found below the staircase, then I should be hanged’. I still stand by this statement, the MP from Unnao said while addressing a gathering in his constituency in Uttar Pradesh, as reported by the Indian Express.

He added that the BJP remains clear about the construction of a Ram temple in Ayodhya. He also asked Congress president Rahul Gandhi, Bahujan Samaj Party chief Mayawati and Samajwadi Party president Akhilesh Yadav to make their stand clear on the issue.

This is not the first time the BJP MP made a controversial statement. Earlier, in 2015, he urged Hindu women to produce at least four children to ‘protect’ Hindu religion. “The concept of four wives and 40 children just won’t work in India,” he had said, hinting at Muslims.

After the murder of Mohammad Akhlaq in Dadri over rumours that his family was consuming beef, the leader had said Hindus were ready to kill to protect cows from slaughter. “We won’t remain silent if somebody tries to kill our mother. We are ready to kill and get killed,” he had said.