In Hajipur, the Mother of a Murdered Dalit Schoolgirl Struggles for Justice

The day before her murder, the student had complained of being harassed by a teacher. 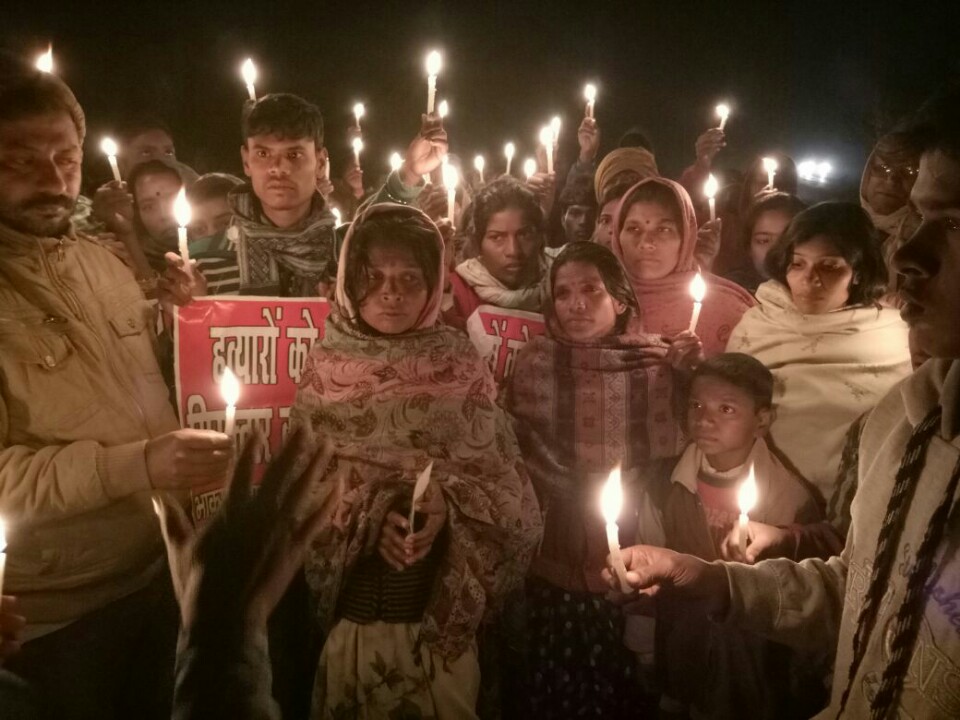 Hajipur (Bihar): Four years after the December 2012 Delhi gang rape and murder triggered a wave of protest across India and led to a change in the law dealing with violence against women, the killing of a 15-year-old Dalit girl in Bihar has yet to make it to the national news.

Dika Kumari, a student of the Government Ambedkar Residential High School in Bihar’s Vaishali district, was found murdered on January 8, 2017. Her body was spotted in a drain outside the school. According to the police, the medical reports have not confirmed rape but the gruesome nature of wounds inflicted on the body suggest otherwise. Twelve days have passed but so far, only two guards of the school have been apprehended while the principal has not been arrested despite being named in the FIR. The principal, Indu Devi, and the district welfare officer have been suspended.

“On January 8, the local police informed me that my daughter was no more,” says the victim’s mother, Kusuma Devi. “When I reached the school, I saw how her body had been mutilated. She was stabbed in both her breasts and thighs. Then they threw her body in the drain running beneath the hostel wall. From the condition of her body, it is certain that something wrong was done to her.”

The civil surgeon, Indra Dev Ranjan, who was part of the team that conducted the autopsy, has said that the death occurred as a result of an internal injury and excessive bleeding. Marks of severe injury have been found on internal parts of the body. However, the police are waiting for a post mortem report to ascertain the cause of death.

“One of the doctors who conducted the autopsy told us that bleeding from the girl’s private parts could be a result of injury from a sharp object,” Hajipur superintendent of police Rakesh Kumar said.

The medical report’s failure to confirm rape has drawn flak from the opposition and several women organisations which have been demanding strict action. The opposition parties burnt effigies of chief minister Nitish Kumar in protest at the district headquarters, alleging that the government and the administration are trying to brush the matter under the carpet.

When Kusuma Devi sought access to the FIR and medical report, the Hajipur Sadar police station refused to hand over copies of the documents. She alleges that the policemen are trying to hush up the matter. “They are not taking the matter seriously and behaved rudely with me,” she says.

The local police officers claim that they do not have orders to hand out copies of FIR and medical report. “The victim’s mother will be given the copies as soon as senior officers give the order.”

Case number 9/17 dated 08/01/17 does not include charges of rape of a minor, nor does it include the statement of the victim’s mother under Section 164 of the Code of Criminal Procedure.

The night of January 7

Classmates of the victim said that Dika was last seen at around 11 p.m. on the night of January 7, when she went to the adjoining block of the building to fetch water. The residential hostel, which accommodates 400 girls, has two blocks 150 metres apart. The victim was staying in Block II, which did not have a drinking water facility. Two girls from Block II have claimed that they heard a loud cry between 1 and 2 a.m. They went to other rooms to investigate but then the power went off and they returned to their room. The next morning at around 7 a.m. they came to know of Dika’s death from girls in Block I.

Kusuma Devi claims that on January 6, Dika had told her on phone that she was being harassed. She went to visit her daughter the next day, who complained that one of the teachers was forcing himself upon her and was promising to increase her marks in return. “She stopped me from speaking to the principal as she feared that they would beat her up. We packed her stuff and began to leave but we were stopped at the gate. The teachers refused to allow her to leave. They took away her stuff and kicked me out of the school,” she says. 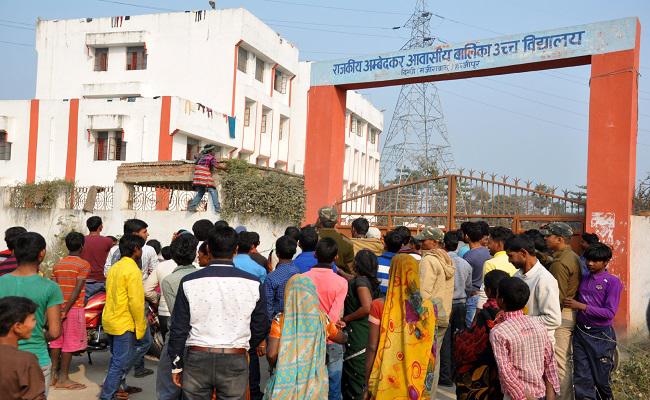 Kusuma Devi adds, “I gave all details to the police but my statement was not recorded. The police have neither named the district welfare officer nor the teacher in the FIR. The principal has been named in the FIR but she has not been arrested. I want justice for my daughter.”

Security in the hostel

The Government Ambedkar Residential School in Dighi, Majirabad is located at the Hajipur-Mahua Road, three km from the main city. The school has 400 students studying in classes I to X. Block II of the hostel building accommodates girls from standard VII to X. According to the girls, the main gate of the school is closed every night but the gate of Block II is never locked. There is no generator in the building. The school has five female and five male teachers but none of them, including the principal, stays in the hostel at night despite lodging being arranged for them. Three guards, including one lady guard who is away on deputation with the Vaishali DM, is all the girls have in the name of security. Besides the welfare officer and male NGO workers who prepare food, outsiders are allowed to roam freely in the school campus with the permission of guards. Also, there is no medical facility. 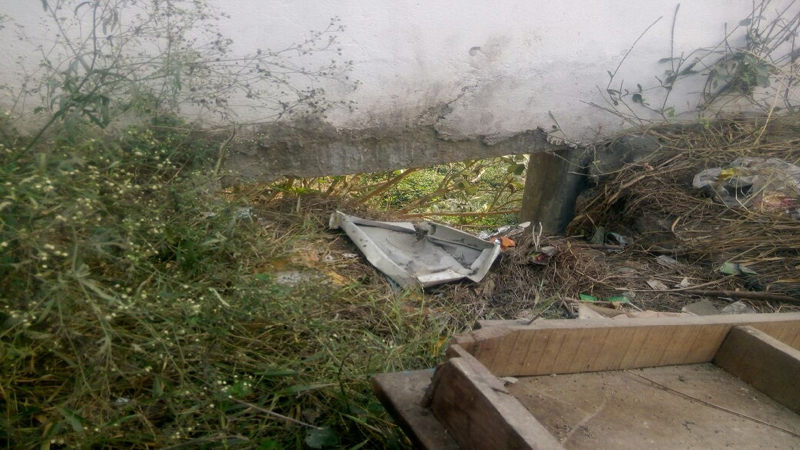 A hole in the campus wall. Credit: Nikhil Kumar

The Bihar state president of the student organisation AISA, Mukhtar, who reached the school after the incident was reported and was part of an investigation team, says, “We talked to girls in the campus, all of whom hesitantly complained that they have been harassed for a long time. When we spoke to alumni, they told us that girls in the hostel are often subjected to mental and physical harassment. Our team reached Hajipur on January 10. The same day, the newspapers published the school principal’s statement in which she made serious allegations against the district welfare officer but the police have not even named him in the FIR. Why is the matter being hushed? We believe that an impartial high-level inquiry into the incident will uncover many secrets.”

Meanwhile, the students have claimed that another girl went missing from the hostel two years ago. The matter was then hushed up by the administration claiming that she had eloped with a paramour.

Since January 8, Kusuma Devi has been knocking on every door seeking justice for her daughter. She sent out memos to government officials in Hajipur and Patna and even took to streets. She claims that Rs 8 lakh was offered to buy her silence but that she turned down the offer.

“Dika was very brave and strong,” Devi says. “She could have fought off one or two men easily. It must have been a pack of them that targeted her. She was murdered in a hostel which does not even allow family members to enter. Those who were trusted with shaping her life are responsible for this gruesome act because she had become a threat to their activities. The government is silent because if the truth comes out, the truth of how dalit residential schools in Bihar have become centres of exploitation will be exposed.”

“I had dreamt of a respectable life. But my dream has been snatched away from me. I only want justice so that no other mother is ever made to face such horror again,” she adds.

After a protest on January 19 in Patna in which Kusuma Devi participated, the Bihar home secretary met a delegation of protestors. Following this, a high level investigation team led by the IG (vulnerable groups) has been formed which will also include representatives of student and women organisations. A fresh investigation has been started from scratch. In a state  where school children came out recently to form a human chain against the sale of liquor, the question of justice for 15-year-old Dika still remains.

Nikhil Kumar is a Patna-based translator