The Dera Sacha Sauda chief was convicted of raping two female followers, after which his followers turned violent and 32 people died. 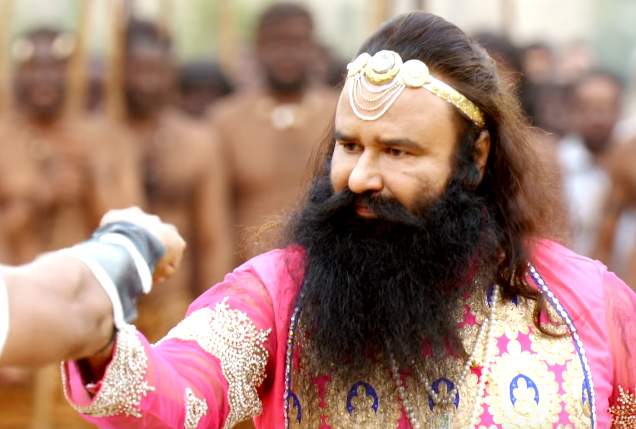 Gurmeet Ram Rahim Singh in a still from <em>MSG 2</em>.

New Delhi: A special CBI court on Monday (August 28) sentenced Dera Sacha Sauda chief Gurmeet Ram Rahim Singh to 20 years in prison – 10 years each for two rape cases that will run consecutively and not concurrently, as was earlier understood. The sentencing hearing was held in Sunaria jail, Rohtak. A special court was set up in the jail premises to prevent a repeat of the violence which was witnessed following the announcement of the conviction of the Dera head on Friday.

The CBI court also fined the Dera chief Rs 30 lakh for three separate offences including attempt to murder and criminal intimidation. The court allowed him a separate cell, but no attendants or special facilities After the verdict, 50-year-old Singh was seen weeping profusely as he sat on the floor outside the courtroom. He was then forcibly taken away by security personnel.

While the CBI lawyer termed it a victory for the process of justice, the defence counsel said the court had given him a light sentence in view of his work for social causes. He also said an appeal would be filed in the high court against the CBI court order.

Judge Jagdeep Singh, along with the court staff, was flown in from Chandigarh by helicopter earlier in the morning. Rohtak was placed on high alert for the hearing. Rohtak deputy commissioner Atul Kumar had earlier declared that shoot at sight orders have been issued. He added that a three-tier security ring has been put in place around Sunaria district jail, where Singh is lodged, with 4,000 security personnel manning the area.

“We will not allow anyone to create any sort of trouble in Rohtak. Anyone breaking law or indulging in acts of violence or arson will himself be responsible for his fate. Anyone creating trouble will be given a warning first and if he still pays no heed, then he will have to face the bullet,” he had said.

TV channels reported that Singh broke down in court and pleaded for leniency before the judge announced his sentence. His followers set ablaze two cars in Phoolka area of Haryana’s Sirsa while the sentencing hearing was in session, ANI reported. While the CBI asked for life imprisonment, his lawyer asked for leniency because of his social work record.

On August 25, Singh was convicted of raping two female followers. The sections he was convicted under entail a minimum punishment of seven years and a maximum of life imprisonment.

After Singh was convicted on Friday, his followers, who had gathered in large numbers outside the court in Panchkula, Haryana, turned violent, destroying property, and burning media OB vans and burning buses. Violence spread to other parts of Haryana, as well as Punjab and Delhi. Thirty one people died in the clashes that ensued with the police and over 250 were injured. The Centre and Haryana government were widely criticised, including by the Punjab and Haryana high court, for allowing crowds to gather despite knowing what may happen. 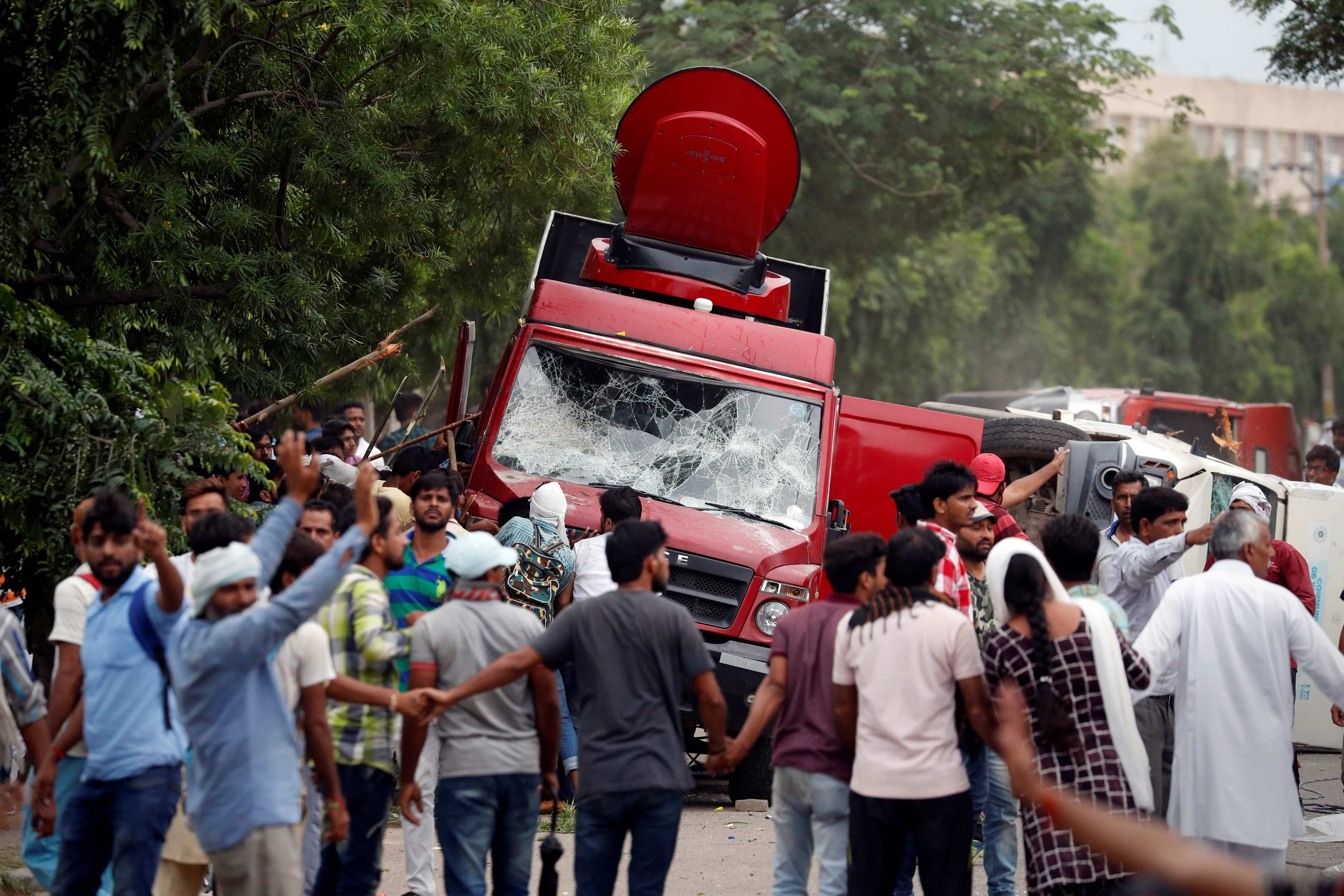 The rape Singh has been convicted of dates back to 1999. A case was filed in 2002, when an anonymous letter written by the complainant reached the Punjab and Haryana high court and then Prime Minister Atal Bihari Vajpayee. The complainant said in her letter:

Singh is also accused in the murder of journalist Ram Chander Chhatrapati, who exposed the rape accusations against Singh in his newspaper Poora Sachh. The police had refused to name Singh in the original FIR; the case was transferred to the CBI after Chhatrapati’s son filed a petition in the Punjab and Haryana high court. The case is now being heard in the same CBI court in Panchkula that found Singh guilt of rape.

Also read: Why Do People Go to the Dera?

Dera Sacha Sauda has close to 50 million followers worldwide, according to some estimates, many of whom are from ‘lower’ caste and marginalised backgrounds. Singh is known as a ‘Rockstar Baba’ – he has produced three films about himself starring himself, where he fights bad guys, sings and rides a flying motorcycle.