Even as many activists questioned the decision to grant Gurmeet Ram Rahim Singh bail, a BJP Rajya Sabha MP attended an online religious meeting conducted by the convicted leader. 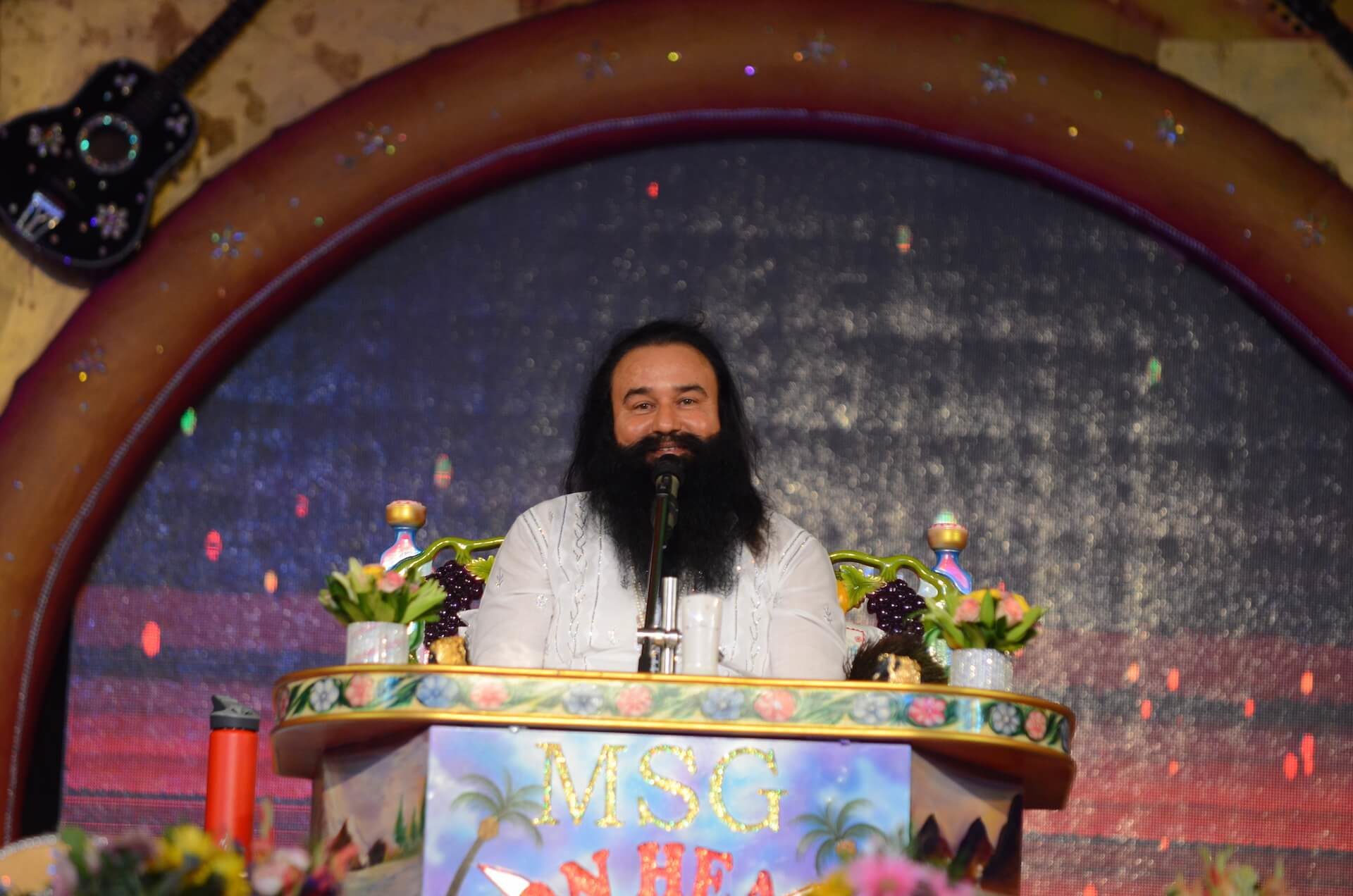 Indeed, just two days after the Dera chief was granted a 40-day parole, these allegations gained strength after the BJP Rajya Sabha MP from Haryana Krishan Lal Panwar and the state’s political secretary to the chief minister Krishan Bedi attended Ram Rahim’s online satsang (religious meeting) that was held on Monday. Rahim is staying at his ashram in UP’s Baghpat district.

While Panwar defended his attendance, saying that there was no political motive, Haryana Congress chief Udai Bhan told the media: “Ram Rahim is a convict and BJP leaders are attending his satsangs to gain votes. The BJP has lost morality.”

While prisoners have the right to apply for parole, activists say that when it comes to influential people like Ram Rahim, the administration must consider the effect his release can have on the law and order situation.

Besides criminal cases in Haryana – which ended with his convictions in 2017, 2019 and 2021 – Ram Rahim’s Dera has been in constant controversies in Punjab as well. In 2020, the Punjab police named Gurmeet Ram Rahim as an accused in sacrilege cases after arresting many of his followers.

Serving a 20-year sentence in Rohtak’s Sunaria jail since his first conviction in a rape case in 2017, the Dera chief has been granted a fourth temporary release in the last year.

In the initial years of his conviction, the jail authorities in Haryana were reluctant to grant him regular paroles, citing law and order problems. In May 2021, the authorities turned down his three-week parole request and granted Ram Rahim just a day-long relief to meet his ailing mother.

Things appeared to have changed at the beginning of 2022. He was released on furlough (another form of temporary release) for three weeks ahead of assembly polls in Punjab in February, where the Dera has a significant support base – especially in the Malwa region bordering Haryana.

While Haryana CM Manohar Lal Khattar had then denied any link between the convicted sect leader’s temporary release and the Punjab elections, the then Congress government in Punjab accused the BJP of using the Dera’s influence to get votes. The BJP was fighting the polls in Punjab independently, after its ties with alliance partner Shiromani Akali Dal (SAD) were severed due to the farm laws.

Not long after the Punjab election, Ram Rahim was again released on parole for another four weeks in June. Then too, he spent most of his time in the ashram in UP’s Baghpat area.

Then, with the Haryana panchayat polls on the horizon, Ram Rahim was again granted parol for 40 days in October 2022.

Chandigarh-based advocate H.C. Arora told The Wire that holding satsangs during parole, in his opinion, is a violation of rules. The lawyer had unsuccessfully challenged the parole granted to Ram Rahim in October 2022. The online satsangs were strongly opposed in Punjab and led to a breach of peace in many places, which as per rules can’t be allowed, said Arora.

Ram Rahim’s release from jail also became a law and order challenge when one Dera follower, accused of sacrilege cases in Punjab, was murdered in broad daylight, the lawyer said.

“I had filed a Public Interest Litigation in the Punjab and Haryana high court seeking termination of his parole. But I had to withdraw it after the court did not entertain it on the grounds that I had no locus standi,” he added.

Arora said he later moved a representation to the Haryana government seeking the termination of the parole but no action was taken.

Anshul Chhatrapati, son of the journalist for whose murder Ram Rahim was convicted in 2019, told the media on Sunday that the Dera chief has been using his influence on the Haryana government. “The government has also bowed down to him,” he alleged.

The Delhi Commission for Women chairperson Swati Maliwal too reacted strongly. “How can the Haryana government be so considerate towards a rapist? It’s a slap on all the Nirbhayas of the country,” she said.

On the other hand, Haryana chief minister Manohar Lal Khattar told the media on Saturday that he had no role in the parole granted to Ram Rahim, as jails have their own rules. “If he has got parole, then it must be after following all the procedures and that is his right. I will not interfere in that,” he said. 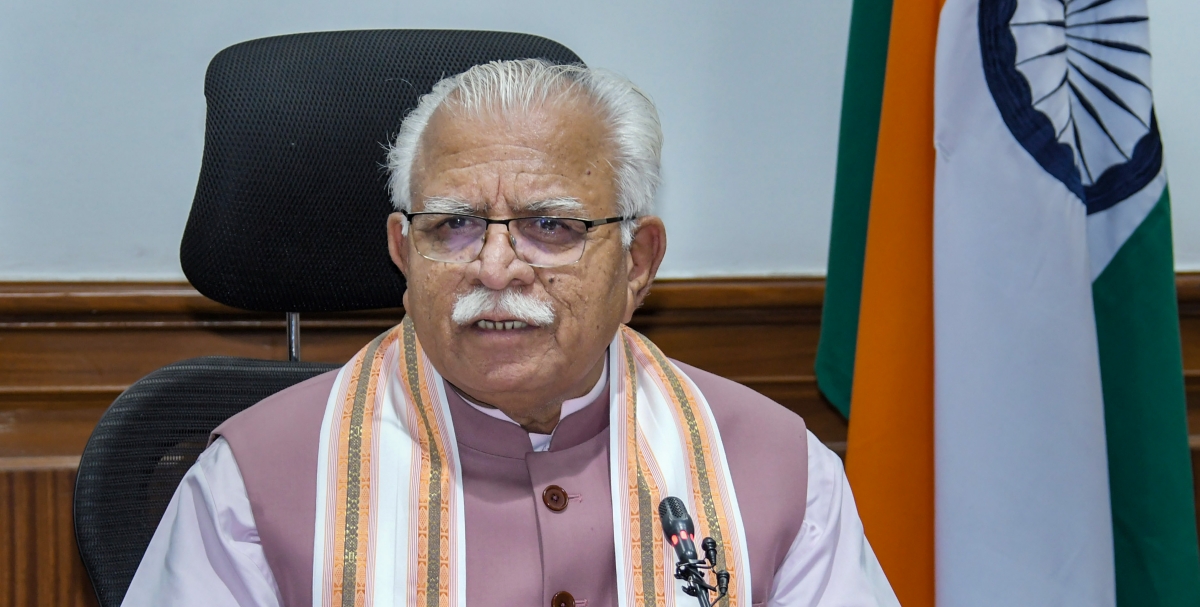 Granting of parole in Haryana was until last year guided by the Haryana Good Conduct Prisoner (Temporary Release) Act, 1988, which was replaced by a new Act in 2022. Under the new Act, parole can be granted for a maximum of 10 weeks in a year and a convicted person can avail of it in two parts.

While the Dera chief is now eligible for fresh parole in 2023 on technical grounds, human rights advocate Navkiran Singh told The Wire that the question is, will it be in the public interest to release a person who is convicted of rape and murder cases?

“Then should he be permitted to hold so-called his religious activities under the garb of which he had raped two female followers and then murdered a journalist who exposed him and also killed the uncle of one of the rape victims?” said Navkiran.

He added, “Look at the message we are sending to the larger society. His frequent release has undermined the judiciary which sent him behind bars under rigorous imprisonment.”

Vijay Chauhan, head and assistant professor, Department of Political Science at Maharana Pratap National College in Maulana, said that the Dera’s support was vital to the BJP’s win in Haryana in 2014.

In 2019, however, the BJP could not get a majority of its own and had to forge an alliance with the JJP to stay in power.

“With the Dera chief getting frequent paroles under the present regime, one thing is clear – vote bank politics is guiding the government’s actions, especially when assembly polls are due soon after the 2024 general elections,” he said.

Kushal Pal, head of the Political Science Department at Karnal’s Dyal Singh College, told The Wire that Ram Rahim getting frequent paroles also suggests that his popularity is still intact with his followers, especially in Haryana’s northern areas.

He said there are multiple reasons behind this phenomenon, including the welfarist workings of the Dera and that his cult of personality overpowers logic and facts.

As Ram Rahim and Dera followers are accused of sacrilege in Punjab, opposition to his parole is strong there. The Dera chief had also angered Sikhs when he allegedly imitated Guru Gobind Singh, leading to clashes between Sikhs organisations and Dera followers.

The Congress’s leader of opposition in the state Partap Singh Bajwa took a dig at BJP leaders, including former colleagues Amarinder Singh and Sunil Jakhar, for staying silent on Ram Rahim’s paroles.

The loudest opposition came from the SAD. Sukhbir Badal, the president of SAD, said in a tweet, “Is this how our rulers [referring to BJP] aim to apply healing touch to anguished Sikh hearts? Never seen a govt so desperately bending over backwards to appease a Rape and murder convict.”

While BJP leaders in the state are silent, Badal suggested frequent paroles to Ram Rahim was like rubbing salt in the wounds of the Sikhs. “This exposes the anti-Sikh intent behind the cosmetic gestures of the [BJP] government. Akali Dal strongly condemns this,” said Badal.

The Shiromani Gurdwara Parbandhak Committee (SGPC), an important Sikh religious body, stated that if murderers and rapists are let free, then Bandi Singhs (Sikh prisoners) who struggled for community rights and interests should also be released.

SGPC president Harjinder Singh Dhami said the dual policy of the governments towards minorities is creating an environment of mistrust among Sikhs.

Dhami asked why Ram Rahim was being released from jail repeatedly despite committing heinous crimes. He said that even after three decades of imprisonment, many Bandi Singhs were never given parole.

The SGPC president asked Prime Minister Narendra Modi not to adopt a “biased” attitude towards the minorities and to ensure the protection of the rights of the people of all religions as per the constitution.

Poll pundits in the state say that strong opposition by the SAD to the Dera chief’s paroles has its clear political compulsions. SAD, which once had a considerable support base among Sikh voters, is believed to have eroded after humiliating assembly poll defeats in 2017 and 2022. By siding with issues critical to Sikh sentiments, it is trying to win the community’s support back, observers say.