Why the Congress Will Continue to Lose Elections

Narendra Modi is seen as being unflinchingly loyal to his subordinates. In contrast, recent events have shown people that Rahul Gandhi is not a fighter. 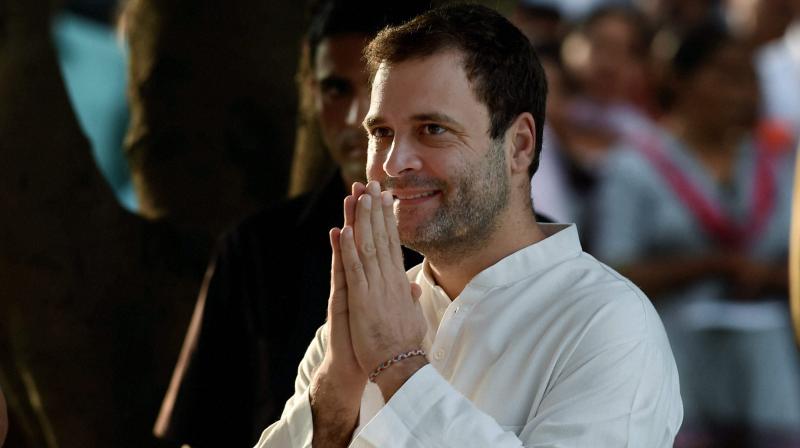 Before commencing any analysis of the Gujarat and Himachal Pradesh assembly elections, it is necessary to lay one ghost to rest. The Election Commission needs to be congratulated on having achieved 100% transparency in its conduct of the elections, and putting a verification procedure in place that will become the gold standard for the conduct of elections in the future. By doing this, it has lifted the darkest shadow that had been hanging over Indian democracy since allegations of possible fraud surfaced after the Punjab and UP assembly elections – a fear in the populace that it was in danger of being deprived of its last weapon for holding its rulers accountable for their misdeeds.

It is not surprising, therefore, that days after the BJP’s victories in Gujarat and Himachal, celebrations are still going on at the BJP headquarters in Delhi and various regional capitals while, in sharp contrast, the Congress has begun to look for scapegoats to pin its defeat upon. Congress former minister Veerappa Moily has led the charge by singling out Mani Shankar Aiyar and Kapil Sibal as the prime architects of its defeat. “Of course, these two statements, by Kapil Sibal (on the Ram mandir) and Mani Shankar Aiyar (on Prime Minister Narendra Modi being a “Neech kisam ka aadmi“) have harmed the party,” he said, because they have allowed Modi to take “maximum advantage” of them. Had it not been for these two statements, Rahul Gandhi’s spectacular performance in the campaign in Gujarat would have yielded victory, he added.

Congress spokespersons have brushed off their defeat in Himachal Pradesh as a typical anti-incumbency vote. They have not asked themselves why anti-incumbency should have raised its head against the Congress after a single five-year term in Himachal, but not against the BJP after five consecutive five-year terms in office in Gujarat. The short answer to this question is the disheartening contrast between Modi’s ruthless will to win at any cost and Rahul’s tepid, fumbling leadership being passed off as ‘gentlemanliness’.

Moily has been joined in this by Rajasthan ex-chief minister Ashok Gehlot. Soon others will join in, and with every word they speak they will dig the Congress’s grave a little deeper. Indeed, the BJP’s spokespersons have already seized upon Moily and Gehlot’s attacks on the ‘rebel duo’ as attempts to save a leader who cannot save himself and is therefore unfit to lead a nation.

The contrast is all the more striking because in three and a half years of ruling India, Modi has never admitted that he has made a single mistake. His almost-daily statements during these years offer a chronicle of colossal policy blunders and unfulfilled promises. Modi promised a return to high growth – ‘achhe din‘ – but only statistical legerdemain has allowed him to hide the fact that GDP growth in the April to June quarter of the current year has been lower than at any time since 2001.

No such hiding has been possible, however, with industrial growth – which has continued to sink beyond the abysmal level it had reached in the last two years of UPA’s rule. Even with the vamped-up data, it is now below 3%.

Modi promised the youth ten million jobs a year, and has failed to create even one million. Jobs created in eight labour-intensive industries, which can be taken as a proxy for the rest of the economy, fell from 9.3 lakh in 2011 to 1.35 lakh in 2016.

Modi promised to revive industry but has speeded its descent into bankruptcy. He promised to destroy black money through demonetisation but unearthed less than 1% of it. Instead, he destroyed at least 300,000 small industries in the unorganised sector, sent the construction industry into a coma and forced tens of millions of migrant workers to flee the suddenly jobless towns and start making desperate bids to enrol themselves in MGNREGA in their home villages.

He carried through the UPA’s plan to consolidate all central and state indirect taxes into a single Goods and Services Tax but bungled it so badly that he pushed unorganised industry and trade to the edge of bankruptcy. 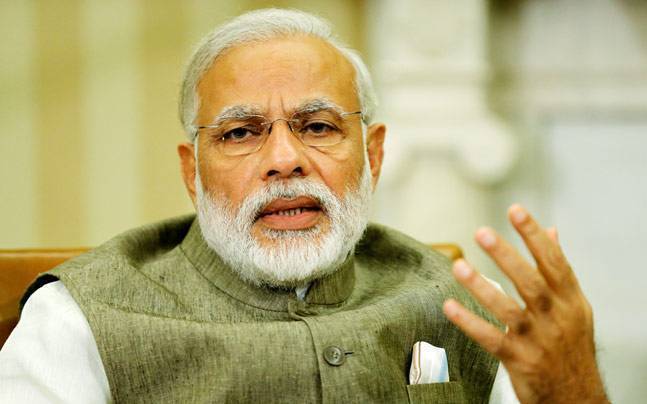 He could have easily blamed Arun Jaitley for the poor economic performance, Suresh Prabhu for the huge rise in train accidents, Rajnath Singh for the return to civil war in Kashmir. He could have ‘let it be known’ that the bureaucracy was responsible for the  failure of the Swachh Bharat and Make in India programmes, the dilatoriness of the judiciary for the paltry rise in India’s ease of doing business ranking and the RBI for the rising volume of abandoned infrastructure projects.

Modi has not done even one of these things. Instead, he has taken full responsibility for everything he has done, and has told the people that he has taken these hard decisions, fully knowing the pain they would inflict, for their own long-term good. The small intelligentsia of this country, which understands the truth behind this facade, has dismissed Modi’s tall claims as theatre. Mystified by his continuing popularity, they have taken refuge in that old, old adage: “You can fool all the people for some of the time; some of the people for all the time, but not all the people for all of the time.”

Compare this to the way Rahul and the Congress party have treated Aiyar and Sibal, both of whom were cabinet ministers in Manmohan Singh’s government. When Modi twisted Aiyar’s remark into a caste slur, he did not counterattack by exposing Modi’s misrepresentation (to use a word that fits into the Congress’s heritage). Nor did he remind Gujaratis that both B.R. Ambedkar and Jagjivan Ram were members of the Congress party; that it was the Congress that had made SC/ST reservation a part of the constitution and that it was the Congress that had put up a Dalit, Meira Kumar, to be the president of India last June. Instead, he went into a blind panic, hastened to distance himself and the Congress from Aiyar, and then asked him to apologise to Modi.

Watch: What’s Next for Rahul Gandhi and the Congress?

The lesson that Gujarat, and one suspects India, learned was not that Rahul is a gentleman, but that he is not a fighter. Not only will he not defend his foot soldiers on the battlefield, but he is also far more likely to cut and run at the first whiff of grapeshot. The contrast between him and Modi could not, therefore, be more stark.

Not surprisingly, Modi was the first person to sense this. That is why he made Aiyar the single point focus of every speech during the rest of his campaign, accusing him of going to Pakistan to take a supari (contract) for arranging Modi’s assassination; of hosting a “secret” dinner for Pakistani officials to meet high-ranking Indian leaders, including the former prime minister and vice president of India; and so on ad nauseam.

He did this because he knew that, having thrown Aiyar to the wolves, the Congress could only sit and watch as he and other BJP leaders savaged him into pieces till there was nothing left of him to tear into bits. Modi knew, moreover, that every time he mentioned Aiyar, his audiences would think: Congress, thus the appeasement of Pakistan and therefore appeasement of Muslims in general. So he threw truth, decorum and constitutional propriety to the winds and went for the Congress’s jugular, while Rahul and his sycophantic advisers stood on the sidelines and watched.

Rahul’s lack of leadership qualities is the real reason why the Congress lost in Gujarat. In the 2014 Lok Sabha elections, the BJP’s share of the vote had risen to a mammoth 60%, from 48% only two years before, because Congress voters simply did not cast their vote. As a result, Gujarat recorded the fifth-lowest voter turnout, at 63.7%, in 2014. This was 7.6% below the turnout in 2012. 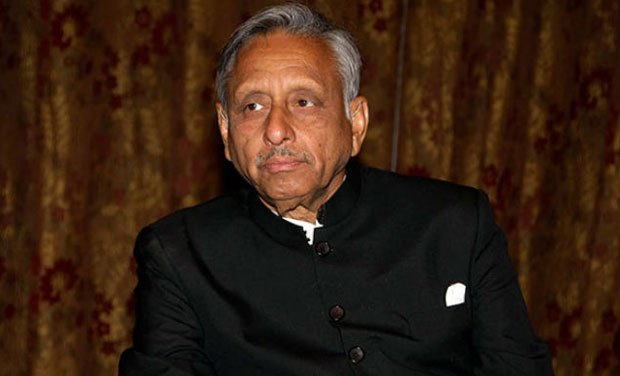 This year, both the Congress and the BJP’s share of the vote reverted to more or less what they had been in 2012, but its distribution was hugely different. The voting pattern shows that there was a huge anti-incumbency surge in Saurashtra and a smaller one in north and central Gujarat. Only in Bhuj, and south Gujarat, did the BJP vote remain utterly unshaken.

But the voting pattern also shows that the revival of the Congress vote remained incomplete, for inspite of the large anti-incumbency sentiment revealed by the pattern of victories and defeats, only 4.7% of the 7.6% who had boycotted the polls in 2014 returned to vote. Had even a small fraction of the rest done so, it is possible that the BJP would have lost its majority, for the BJP scraped through to a victory in nine constituencies in north and central Gujarat, and seven in Saurashtra, with margins of 5,000 or fewer votes. Nine of these were won with less than 2,000 votes. It is these seats that could have gone to the Congress, had the voters fully regained their confidence in the Congress.

The targeting of Aiyar occurred so late in the campaign – when the first phase of voting was already over – that it is impossible to tell how much it affected the morale of anti-BJP voters and dissuaded them from going out and being counted. But it could hardly have raised it, or reinforced their confidence in Rahul’s capacity to lead the nation.

That is why “seasoned leaders” like Moily and Gehlot have been pulled out of mothballs to defend Rahul’s ‘gentlemanly’ behaviour. But these are has-beens whose names have not even been heard in the past year. What Rahul needs to learn from is the silence of the leaders who have been most active in bringing the Congress back into the media limelight, such as P. Chidambaram, Sibal, Manish Tiwari, Jyotiraditya Scindia, Sachin Pilot and Shashi Tharoor. They know the damage, tantamount to suicide, that Rahul and his cronies have inflicted not only on the Congress but also on India. Because after his tame acquiescence to Modi’s destruction of him through the instrumentality of Aiyar, there is once more no leader visible on the ‘secular’ horizon, who can make ordinary Indians feel safe as Modi has managed to do.