In Final Leg of Campaign in Gujarat, It's Modi Versus Rahul

With a likely erosion of BJP votes due to anti-incumbency effect and a fraction of Patel vote going to the Congress, both parties appear to be neck and neck at the current stage. 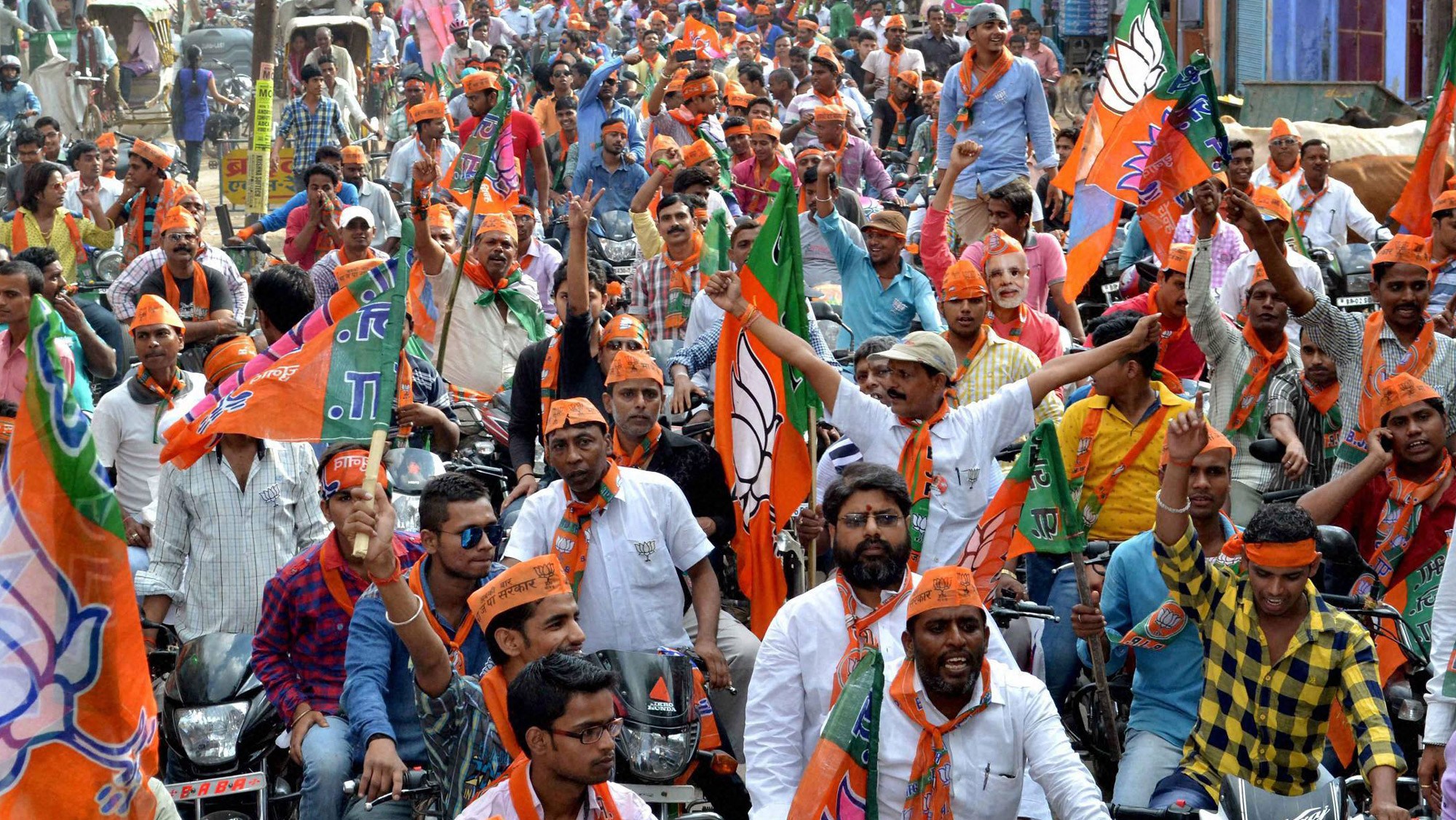 As electioneering intensifies in Gujarat, the question being asked is whether the Bharatiya Janata Party (BJP) will be able to hold on to its votes or will the Congress make a dent in the saffron party’s support base. There are no easy answers, but electoral statistics indicate that the BJP has consistently garnered more than 40% of the popular vote in the state since 1995. In the context of the first-past-the-post system that is followed in India, this is highly significant. Dubbed as the winner-takes-all system, such a high percentage of votes translates into the winner getting two-thirds of the total number of seats.

Little wonder, then, that since 1995, the BJP has consistently won more than 115 seats out of the 182 in the Gujarat state assembly contests. In 1995, the first time the BJP came to power in the state, the party won 121 seats and 42.51% of the popular vote. In the next election in 1998 (it was a mid-term election after internal troubles in the BJP led to a full-blown crisis and a government in the interim by a breakaway faction led by Shankar Sinh Vaghela), the BJP won 117 seats with a vote share of 44.81%. The vote percentage of the BJP jumped to 49.85% in the December 2002 elections after the Gujarat riots and the party notched its best-ever tally of 127 seats. The popular vote garnered by the BJP was maintained by the saffron party in 2007 at 49.12% but this translated into a smaller number of seats (117). In 2012, the last elections, the BJP secured 47.85% of the votes and won 115 seats. Thus, after the riots, the BJP’s vote share went up by 5%. But in 2012, this vote share reduced by 2% from the highest in 2002. 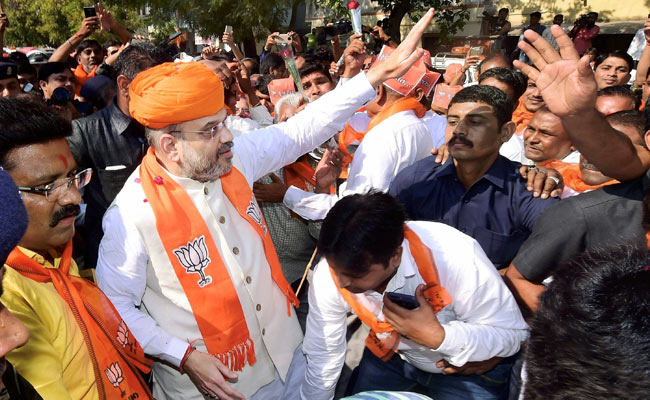 Firstly, the BJP’s Ayodhya movement took deep roots in Gujarat and augmented its vote base. The support base also increased after the backing of the Patels. Earlier loyal to the Congress, they shifted their allegiance to the BJP whom they saw as articulating their concerns more effectively. The third factor was the decimation of the third front. The Janata Dal, which was an important player – both in Gujarat and at the Centre – in the beginning of the 1990s, became history by the mid-1990s. The votes of the Janata Dal (which was essentially an anti-establishment and therefore an anti-Congress vote) split and most of them went to the BJP, although some of it must have reverted to the Congress. In 1990, the Janata Dal won 70 seats in the Gujarat assembly election (more than the 67 were won by BJP and 33 won by the Congress) and secured 29.36% of the vote.

The big question is, what percentage of the popular vote will the BJP get in the forthcoming polls? Most analysts are expecting the BJP’s Patel vote to suffer a dent, courtesy Hardik Patel. The Patels comprise 15% of the voters of Gujarat and most of them are with the BJP right now. This, say analysts, would reasonably mean that around 80% of them vote for the BJP. Since 80% of 15% works out to 12%, this would mean that Patels contribute as much to the BJP kitty. Most analysts aver that at the most, Hardik can influence 50% of the Patel vote, and a minimum of 10% of it. Taking a golden mean, this would work out to 30% Patel votes, and 30% of 12% means 3.6%. So by implication, the Patel vote may contribute to 8.4% of the BJP vote kitty in the forthcoming election.

As we have noted earlier, the Gujarat riots led to a 5% increase in the BJP vote. It is reasonable to expect that with the saffron party being in power since 1995 (with a small gap in between), the anti-incumbency effect will kick in. It would be reasonable to expect that this 5% vote gain from 2002 will be lost to BJP and it will revert to the 1998 popular vote share. But from this, we will have to factor in the Hardik effect and subtract the 3.6%. Since BJP got 44.81% of the votes in 1998, the subtraction of 3.6% will mean that 41.21% of the votes may be cast in favour of the BJP. Given the distortions in the Indian electoral system, it is not easy to predict how this will convert into seats. 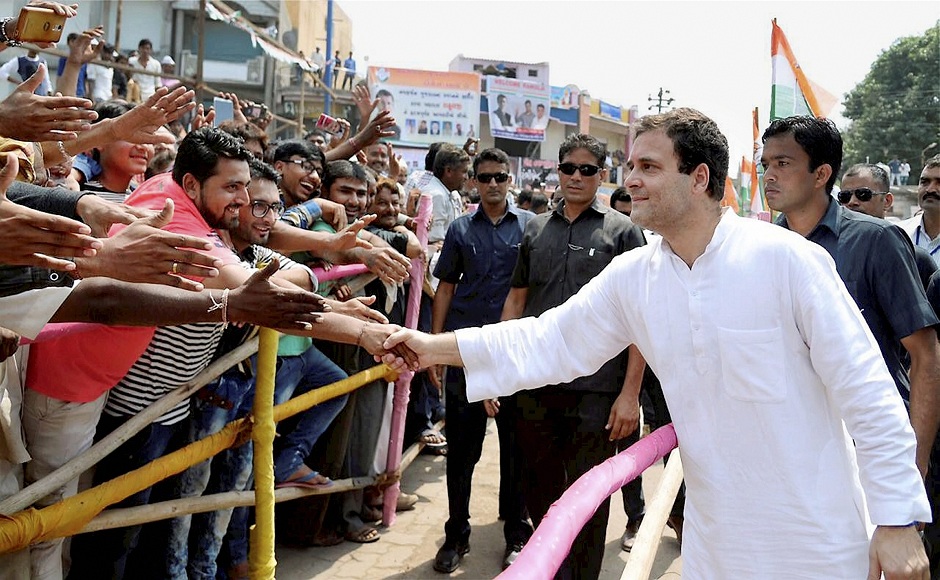 Now let’s look at the elections from the angle of the Congress. It is reasonable to expect that the major part of the Patel vote subtracted from the BJP kitty will go to the Congress. Conservatively, 3% (out of the subtracted 3.6%) Patel vote will go to the grand old party. The rest may go to independents and other small parties. Considering that the Congress got 38.93% or nearly 39% of the total votes in 2012, this could translate into 42% of the popular votes. This is marginally higher than the predicted vote share of the BJP – of 41.21%. In effect, it implies that the two parties are equally poised at this stage of electioneering.

Analysts say that the saffron party is yet to field its star batsman – Narendra Modi. “When he plays his innings, the erosion of the BJP votes due to anti-incumbency will be stemmed and perhaps the flight of Patel votes will be stopped,” predicts an analyst with BJP leanings. “How this will work out I don’t know but I am getting reports from rural areas that the anger of the populace against BJP is palpable,” a newspaper editor said. He adds: “Whether this will help Congress I do not know because it seems the Congress campaign might have peaked.”

Although Rahul Gandhi will briefly return to the state for campaigning, many say that he has begun to sound repetitive. They say that after the first round that saw catchy slogans, many even targeted at Modi, the creativity has ebbed. An analyst close to the Congress agreed and said that the party has to maintain the earlier and perhaps better the tempo in the coming two weeks. The analyst agreed that Modi can be likened to a student adept at “scoring high marks with distinction in examinations.”

The first phase of polls is on December 9 and the second phase on December 16. But now in the last round of campaigning it is likely to be Modi versus Rahul (the latter, of course, aided by Hardik, Alpesh Thakor and Jignesh Mevani).