Incidents of violence were reported late last night in Rajkot and Mehsana, while protest marches were today held in Limbdi and Surat, police said. 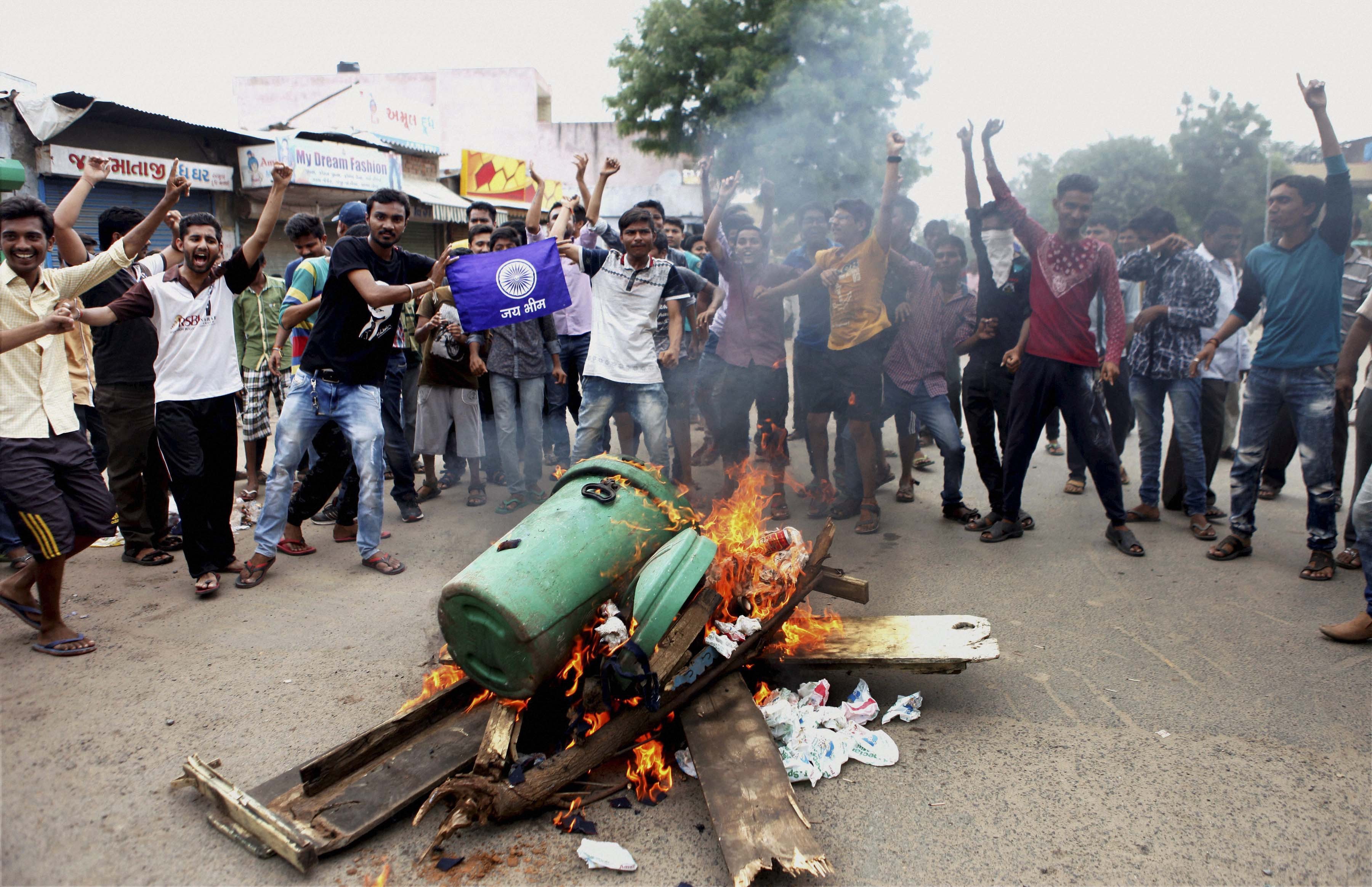 Dalit protestors block traffic during a protest in Ahmedabad on Wednesday. Credit: PTI Dalit protestors block traffic during a protest in Ahmedabad on Wednesday. Credit: PTI

Ahmedabad: Protests today continued in some parts of Gujarat over the brutal thrashing of Dalits at a village in the Gir Somnath district, even as many political leaders met the victims and their families.

Incidents of violence were reported late last night in Rajkot and Mehsana, while protest marches were today held in Limbdi and Surat, police said.

In Rajkot, a BRTS bus stand was damaged, while a state transport bus was damaged at Unjha in Mehasana district late last night though nobody was hurt, they said, adding barring sporadic incidents, nothing major has been reported so far today.

Dalit protesters tried to block a train today for a short while near a railway station at Udhna in Surat. Thousands of protesters took out a rally and blocked the Ahmedabad-bound Navjivan Express for some time before police managed to clear the tracks.

A rally was also taken out in the Limbdi town of Surendranagar district.

In Modasa, Arvalli district, shops were shut today against the forced closure and damages suffered during the bandh called by Dalits yesterday.

FIRs have been filed against both shopkeepers and protesters following yesterday’s incident in which several shops were damaged by Dalits when they tried to enforce the bandh, police said.

Meanwhile, NCP leader Praful Patel along with his party’s Gujarat MLAs, Jayant Patel and Kandhal Jadeja, met one of the victims, Bhanubhai Sarvaiya, and his family members at Mota Samadhiyala in Una and offered them compensation of Rs 2 lakh. They then left for Rajkot to meet the hospitalised victims.

Later, Patel alleged that chief minister Anandiben Patel took nine days, which is a long time, after the incident to reach the victims.

“As a public representative, when the entire state is on fire and a sense of distrust prevails, it becomes our responsibility to console the affected family members and make them feel that we are there with them in their time of difficulty,” he said.