The furniture and utensils from houses of two absconding leaders were seized by the state government. 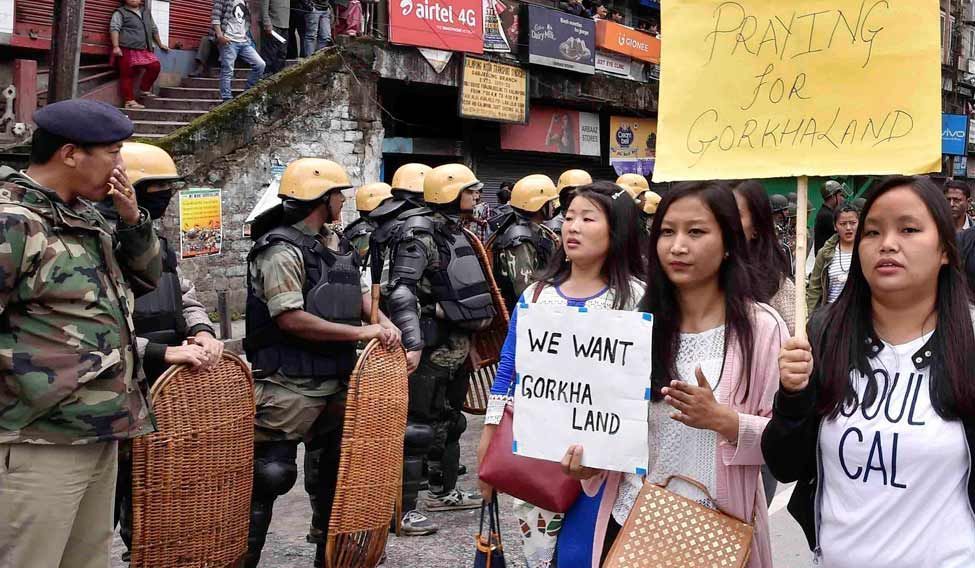 The Wire Staff
Government
Politics
08/May/2019

New Delhi: Continuing the crackdown on the Bimal Gurung faction of the Gorkha Janamukti Morcha (GJM), which has been demanding a separate Gorkhaland state, the West Bengal government on Wednesday seized furniture and other household items from the houses of two leaders from the Bansbotay area, about 60 km from Darjeeling.

Aside from top GJM leaders like Bimal Gurung, several others have been in hiding for nearly two years after multiple cases were filed against them for leading a 105-days-long strike for a separate Gorkhaland in Darjeeling in 2017. Bhakta Kharka and Narendra Kambang, whose houses were raided by the state police on May 8, are also among those absconding.

In July 2018, the names of Bimal Gurung and GJM general secretary Roshan Giri were struck off the state’s electoral list, along with their family members. Media reports said district officials took the decision as per the Election Commission of India’s (ECI) rules, which states that if a person is dead, absconding or does not reside in a residential address for more than six months, his/her name will be removed from the electoral list during its revision.

Also Read: What Role Will Ethnic Identity Play in the Darjeeling Hills Elections?

Though Gurung approached the Supreme Court in March 2018 for relief from arrest through a petition in which he claimed that he was being politically persecuted by the state government, the apex court dismissed it.

According to local media, Kharka’s son Manzil Kharka said the police came to their house in the morning and “stated that they have a court order” to seize the property. “They took away the furniture, utensils and other items from our house, leaving only the bare necessities.”

Manzil said, in an earlier raid, the police “took away” the original copy of his Madhyamik (Class XII) examination mark sheet issued by the state board. He said though they told the family that it would be returned soon, he hasn’t got it back yet. “Admission to college is starting but I will not get admission as I do not have any Madhyamik board exam result. My future will be ruined if I do not get the documents,” he reportedly said.