His decision comes after the Congress party last month removed him from all party positions for his alleged anti-party activities. 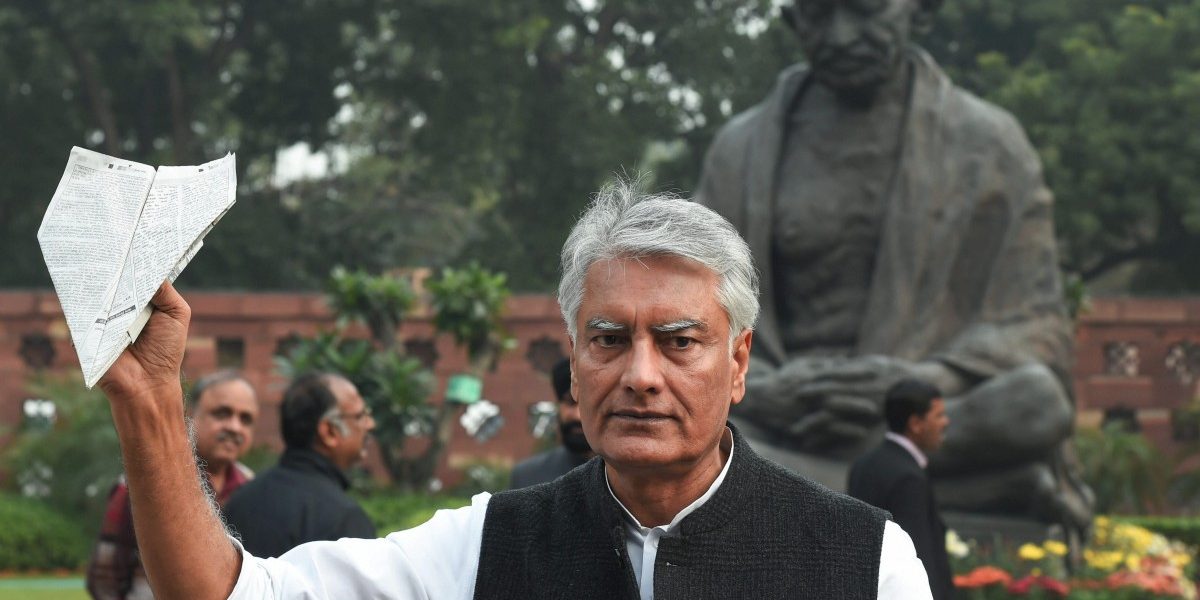 “It is my parting gift to the party. Good luck and goodbye Congress,” he said while announcing his decision to quit Congress after he was removed from all party positions for alleged anti-party activities last month. He, however, did not give any indication of joining another political party.

According to the Tribune, the three-time MLA and one-time MP alleged that the three-day Chintan Shivir of the party was a “farce”. He said: “Instead of ‘Chintan Shivar’ it should have been ‘Chinta Shivar’ on how to save the party.”

Jakhar was among the front-runners for the chief ministerial post after former chief minister Amarinder Singh was unseated last year. His chances were scuttled after party leader Ambika Soni had said the party should go with a Sikh face.

A day after the Congress announced Charanjit Singh Channi as its chief ministerial candidate for Punjab assembly polls, Jakhar announced he was quitting active politics and would not contest elections.

Also read: The Congress Must Transform to Rebuild the Opposition

Speaking about his decision to leave electoral politics, Jakhar had told The Wire that he was finding it difficult to get along with a few of his colleagues because of their “short-sightedness and insecurities”. He had said that these qualities became visible when the party was searching for a candidate to replace Amarinder Singh in September last year.

Separately, on April 11, the Congress served the former Punjab Congress chief a show-cause notice for his reported derogatory statement against party leaders. He told the news agency ANI over the phone that he was very angry and upset with the attitude of the Congress disciplinary committee. However, he chose not to reply to the committee panel on the matter.

He had further said that despite having an old relationship with most of the members of the committee, the party was trying to humiliate him before people.

Jakhar had rejected the charges against him and had said his statement was twisted and taken out of context. He had also expressed regret if anybody was hurt by his comments.

He had also criticised former chief minister Charanjit Singh Channi and termed him a “liability” for the party after the Congress lost to the Aam Aadmi Party in Punjab.

He had earlier created a flutter when he claimed that 42 MLAs wanted him to be the chief minister and only two backed Channi following the unceremonious exit of Amarinder Singh last year.