From fudging figures on the economy to dictating who is to be featured in art festivals, the BJP government in Goa is now being compared to the Gestapo. 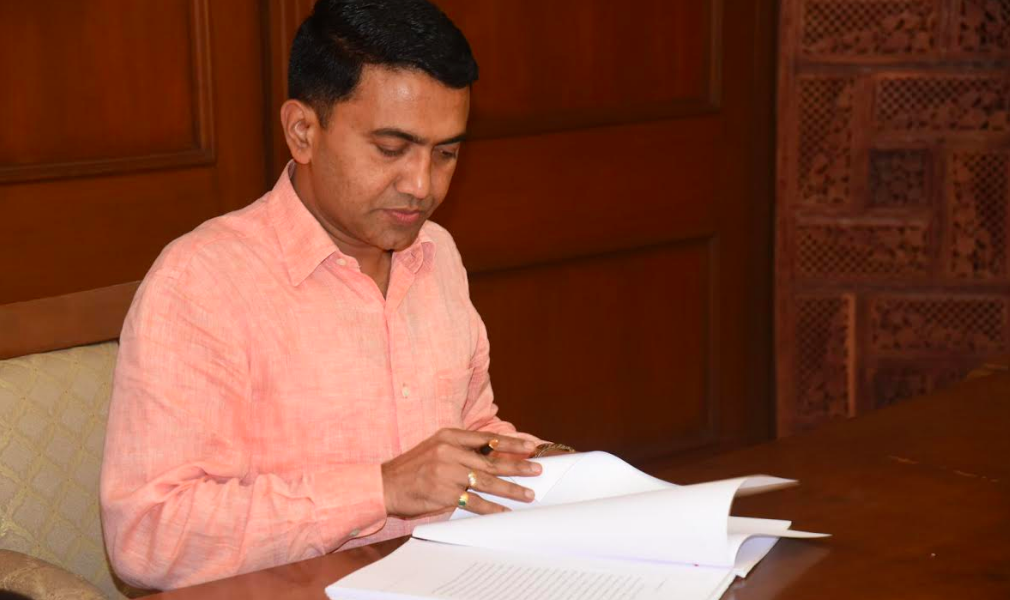 Panaji: The arrest of Independent MLA Rohan Khaunte under sections 341 (wrongful restraint) and 323 (voluntarily causing hurt) of the IPC in the early hours of Thursday has provoked outrage in Goa’s political circles with the Congress likening the action to a ‘Gestapo Raj’.

The MLA has since been released.

Formerly a minister in the Manohar Parrikar BJP-led government, Khaunte was eased out of the Cabinet by current chief minister Pramod Sawant after he managed a political coup of sorts by getting 10 Congress MLAs to defect to the BJP in July last year.

The opposition MLA has since been a strong critic of the current chief minister, over his allegedly “incompetent” handling of government.

In what the opposition is calling “the midnight knock”, Khaunte was picked up from his home at 1 am on Thursday by local police, based purely on a complaint filed by Premanand Mahambre, a minor party functionary of the BJP.

With the House in session, Speaker Rajesh Patnekar too rushed in with his consent. In the BJP version put out by the government and since widely reported by the media, the complainant said the MLA had “grabbed his hand” and threatened him in a verbal spat in the corridor of the state legislative assembly.

But the former Congress chief minister Pratapsingh Rane who was walking with the MLA as they left the assembly complex has contradicted the “official” version of the encounter. He told a press briefing addressed by the joint opposition: “As Rohan (Khaunte) and I were walking together, a complete outsider came into the precincts of the House and confronted him verbally.”

Rane said the Speaker ought not to have entertained the “bogus and concocted” complaint of a rank outsider. On the contrary, the man should have been arrested for breach of privilege. “We are not living in Portuguese times,” the Congress leader said, adding that the turn of events smacked of a “Gestapo raj”.

Khaunte told The Wire the action against him was unprecedented and shocking on many levels.

“If this can happen to me, an MLA, what about the common man? These are nothing but fear tactics being played out by an authoritarian government and a gross misuse of power. The CM is not able to play his role in the House, so he’s using state power to cow down dissenting voices.”

The Speaker who’s been sitting for months on the disqualification petitions against the 10 Congress defectors gave the green signal for his arrest in less than an hour of the complaint lodged with the police, he said.

The chief minister’s brute majority (27 BJP MLAs in a House of 40, 13 of them having defected from the Congress) had inflated him with a heightened sense of  confidence, say those in the opposition.

He believes he can get away with an overreach of state power, Goa Forward MLA Vijai Sardesai said. “We can expect more midnight knocks in the next two years (when Goa’s state elections are due), but we’re prepared for it.”

In the eleven months he’s been in power, Sawant’s shortcomings as chief minister have become more pronounced as has his tendency to use a heavy hand. Last month, the Goa government dropped TV personality Faye D’Souza from the line-up of speakers at the prestigious DD Kosambi Festival of Ideas. Previous speakers have included the Dalai Lama, Girish Karnad, Romila Thapar, and Ramchandra Guha, among others.

The state’s art and culture minister Govind Gaude – the only non-BJP minister in the government who otherwise likes to project himself as a progressive leader of the Goa tribals – said D’Souza’s anti-CAA stand had been the sticking point and the government wanted to avoid “chaos and mess”.

As anti-CAA protests have picked up pace in the state with the support of the Goa Church, officials of the Church body Council for Social Justice and Peace and the Goa chapter of the National Human Rights Organisation were selectively booked  under the Goa Children’s Act and the Juvenile Justice Act for the presence of children at a huge rally in Margao, South Goa on January 24, on grounds of exposing them “to political ideology”.

No complaint was filed though against the pro-CAA rally of students of the RSS affiliated Vidya Prabhodini school who marched in uniform led by their teachers.

Local newspapers have been awash with reports of the failures of the Sawant government and its mismanagement of the state’s finances, pointing to the state’s economic survey riddled with inaccuracies to fudge the figures on the eve of the budget that was scheduled to be present by the CM on Thursday.

The House’s budget committee chaired by Sardesai highlighted the sugar-coating of budgetary figures to project the state in a positive light. “Only 31% of the budget has been spent. So where is the money going? The figures in the budget are sugar coated, they don’t exist,” the MLA said.

Perhaps Khaunte’s arrest on the morning of the budget is a convenient distraction after all.