Parrikar himself had refrained from construction on the beach after a committee pronounced it protected. 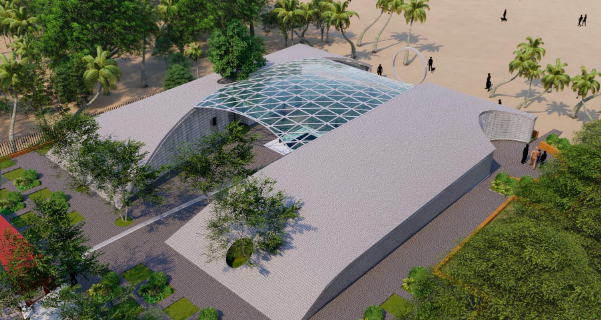 An artist's impression of the memorial. Photo: By special arrangement

Bent on fashioning its version of history and creating new saffron icons, the BJP is shaping a larger than life narrative of Manohar Parrikar through a memorial for the late Goa chief minister which is designed more like a shrine than a monument, complete with an underground meditation hall.

Holographs of the politician will be beamed on the walls and an enormous metal shingled portrait of his, facing the public road, will share space with his video clips and the occasional patriotic film.

All very well. Except that a large section of Panaji’s Miramar beach, a landmark in the cityscape and part of its urban vibe, has been boarded up to make way for the extravagant construction, even though the entire beach is in the ‘no development zone’.

Parrikar died of cancer while still in office on March 17 this year. He was cremated on the beach, in itself probably a violation of several other regulations. 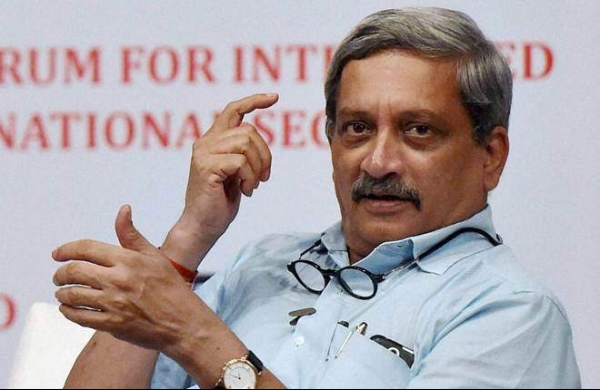 Miramar beach is classified as CRZ III under the coastal regulation laws. No construction is allowed in such zones up to 200 metres of the high tide line (HTL), which pretty much includes the whole stretch of beach, say environmentalists. But this hasn’t stopped Goa chief minister Pramod Sawant from brushing aside the law to advertise the foundation stone for the Parrikar Smriti Sthal will be laid on the beach on December 13, which coincides with Parrikar’s birthday.

Imagine for a moment a memorial to a Maharashtra politician taking away a portion of Chowpatty beach in south Mumbai.

According to documents accessed by The Wire, the state government gave itself “CRZ clearance” to hold the former chief minister’s funeral on the beach on the simplistic argument that the “area is beyond 100 metres of the high tide line and as such the location does not attract the provisions of the CRZ regulation”.

A funeral being a sensitive matter, no objections were raised.

But what were the last rites of a public figure in a public space is now being appropriated as a “sacred location” to immortalise the BJP leader in a larger than life avatar. Set on 1,255 square metres of sand, the monument will “celebrate the life and spirit” of the former defence minister “morphed around the sacred location where his last rites were performed”, the design proposal finalised by the state government (a copy of which is with The Wire) says. 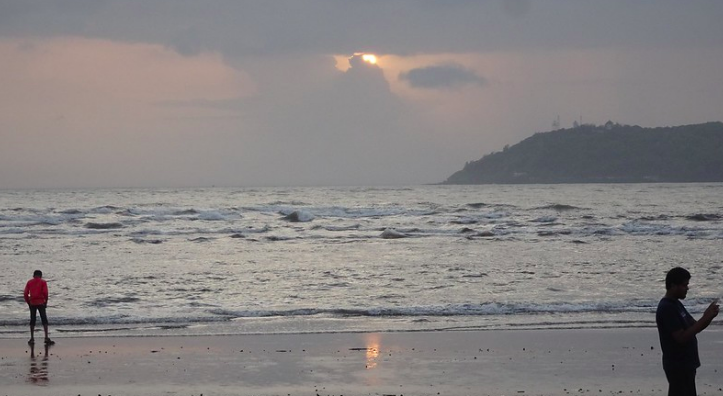 The Rs 8.5 crore museum-shrine, designed by UCJ Architecture and Environment, is being launched when the state government is practically broke, with mining unlikely to revive anytime soon and charter tourism hit by the Thomas Cook crisis. Goa’s borrowings are set to spike to Rs 22,500 crore by the end of the current financial year — three times its annual revenue growth—reported Prudent Media.

Also read: Why the Statue of Unity Hasn’t Quite Generated the Euphoria BJP Craved

A fusion of marble, glass (to represent “purity and integrity and transparency with which Shri Manohar Parrikar led his life”) and high technology — used in the interactive library dedicated solely to him — the memorial is intended to keep the memory of the BJP’s only significant leader in Goa burning bright for generations to come.

One can come up with names of several freedom fighters who spent years in jail for protesting the Portuguese regime. Most of them — Purshottam Kakodkar of the Congress, to name just one — are being written out of the political narrative and don’t get even a portrait in the lavish complex of the state’s legislative assembly.

The selection of the beach spot for the Parrikar shrine is significant as well. It stands adjacent to the samadhi built for Goa’s first chief minister Dayanand Bandodkar of the MGP, whose bahujan samaj legacy the BJP has been keen to appropriate. But the Bandodkar memorial came up in 1974, long before the CRZ laws were conceived.

Some BJP supporters point out that Parrikar, “a man of simple tastes”, would have spurned all the current hoopla over him himself. In 2001, in his first term as chief minister, the BJP leader had set up a one-man committee to look into public objections against his move to set up a management plan for the city beach which residents saw as a bid to privatise the beach. After a lengthy hearing, the Nandkumar Kamat committee concluded that the beach was classified as a “no development zone under CRZ III” and no construction was permitted.

“Miramar beach”, the report said, “cannot be equated with any other beach in Goa…People unequivocally consider Miramar beach as a special case, an unique beach, so far left intact as a valuable public asset, public commons unlike other beaches in Goa which are already congested and commercialised. People are vehemently opposed to any regulation or restriction on access to the beach but welcome notified free access points so as not to disturb the dune flora,” the report said, adding that “People would not support any constructions on the beachside or landscaping on sand dunes or restricting fishing activity or promoting any water sports activity”.

Parrikar accepted the report and dropped all plans to go ahead with the project. Sawant would do well to go back to that report.