Behind TMC’s Plunge Into Goa’s Electoral Politics, a Media Group Driving the Narrative

As a late entrant into Goa ahead of the 2022 polls, TMC will at best bruise the Congress and the secular vote to the BJP's advantage.

Panaji: At the press conference to announce his defection to the Trinamool Congress (TMC) at the end of September, Luizinho Faleiro, a former Congress loyalist, admitted he’d had no talks with or met TMC leaders. This was the “first time”, he said, pointing to TMC’s Derek O’Brien and others at the presser. Prashant Kishor of IPAC (Indian Political Action Committee) had negotiated the move. “He’s a wizard at winning elections,” Faleiro had said of the poll strategist.

Behind IPAC’s arrival and the carpet-bombing of Goa’s electoral canvas (the political consultancy firm has 200 employees currently fanned out on the ground to amplify TMC propaganda) was a local media group that acts as a political influencer, and a brush-off from Congress leader Rahul Gandhi.

He did indeed meet with Rahul some months ago, Raul Fernandes, the owner and editor-in-chief of O Heraldo (the English daily still uses its original Portuguese masthead) told The Wire. “I asked him if he was interested in the state and in getting some good people into the party. But he didn’t show much interest.”

That’s not how the Congress sees it. Specific demands were made for changes in party appointees, a senior Congress leader told The Wire. “Who is he [Fernandes] to dictate terms to the Congress party? Why doesn’t he focus on running his newspaper rather than acting like a political broker?”

In the interest of “doing good for Goa”, Fernandes, after exploring a deal with AAP, turned to Kishor. Heady from Mamata Banerjee’s celebrated victory in West Bengal, Kishor snapped up the opening for a foothold on the west coast to amplify the play for Banerjee as the opposition face to take on Modi in 2024. 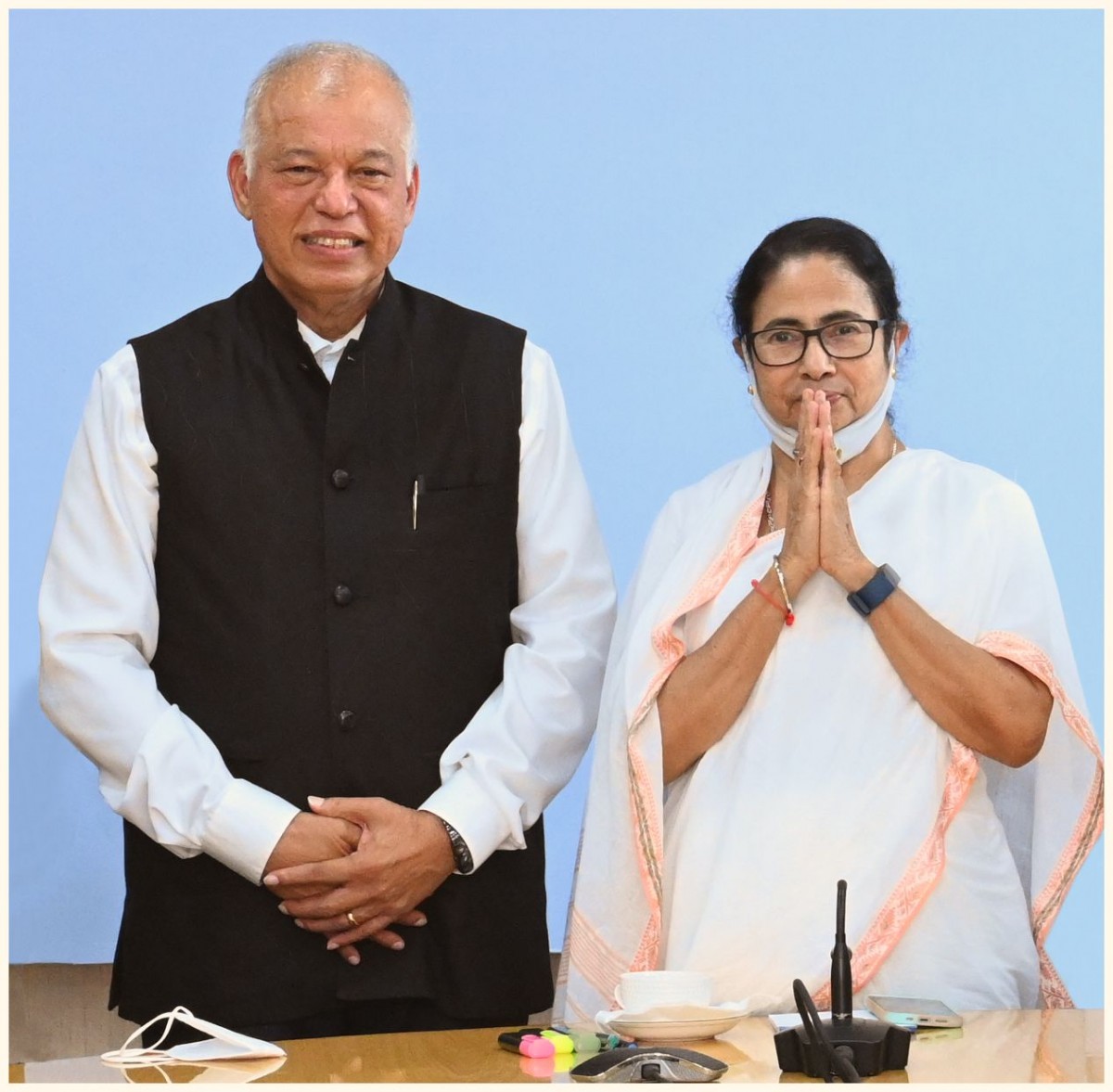 On the day Faleiro moved to the TMC, O Heraldo ran the headline “Goa gets set for a new dawn”. IPAC used the same headline in its press note that day.

On Thursday, the paper’s front page sang “Didi’s Goa chorus grows louder”, even as it scathingly criticised the Congress for defections in its editorialised “analysis”  that appears daily in a highlight.

Since the 2012 election and BJP leader Manohar Parrikar’s successful “management” of the local press – some of which like O Heraldo (the paper claims the largest circulation in the state) ran a frenzied anti-Congress campaign targeting political corruption – Goa’s media has lent itself to paid news and political pamphleteering. So much so, that a large swathe of readers is unable to discern the “alternative facts” from the reality, especially during elections, political analysts point out.

In the run-up to 2022 (Goa’s legislative assembly elections are due in three months), O Heraldo has gone a step further, lobbying on behalf of parties to poach known political faces and strong candidates. After the Rahul Gandhi snub, media lobbyists set about finding a chief ministerial face for AAP. Arvind Kejriwal’s party had contested the 2017 election as well, but drew a blank, losing its deposit in all but one seat.

Since TMC’s arrival, the Herald group had been directly in touch with Congress members, urging them to cross over to the West Bengal party. O Heraldo’s consulting editor Sujoy Gupta has been “talking to some people”, Fernandes admitted, but these were mostly “artists and sports people” and not politically involved, he claimed. Over the years, Gupta’s journalism has lurched from pro-mining to anti-mining, from pro-BJP to anti-BJP or anti-Congress depending on which media house uses him.

As far as optics went, Faleiro’s exit dealt a body blow to the Congress, causing a media splash TMC and Kishor celebrated. Till recently the chairman of the Congress’s Goa election co-ordination committee and the AICC’s in charge of north-eastern states in 2007, Faleiro’s loyalty to the Gandhis had catapulted him to the chief ministerial chair twice. Yet unlike Parrikar, his reach within Goa remained limited to his South Goa constituency of Navelim, where he was elected seven times.

Even here, his political stock was on the slide, says lawyer and columnist Cleofato Coutinho. “He was facing strong anti-incumbency in the constituency. There were complaints he’d become inaccessible to voters.” The Congress’s ground survey said as much, the party’s desk-in-charge Dinesh Gundu Rao told journalists, calling Faleiro’s TMC move his “retirement plan”.

Like Sushmita Deb who defected from the Congress to TMC and was rewarded with a Rajya Sabha seat by Banerjee, Faleiro has likely angled for one. His chances of venturing into the electoral contest as the TMC’s Goa face are dim at best.

So far, the Congress has managed to stave off more blood-letting, winning back its popular MLA, Aleixo Reginaldo Lourenco, who was set for a switch to AAP. That chapter is now closed, Lourenco said, after a rushed meeting with Rahul. Luizinho Faleiro and supporters after moving to the TMC. Photo: Special arrangement

In Goa, both AAP’s and TMC’s pan-India expansionist ambitions can only come at the expense of the Congress and a disruption of the secular vote. Neither can claim even a nibbling presence in BJP-held constituencies, which led Goa chief minister Pramod Sawant to gleefully say he more than welcomed the current “political tourism” that has washed up in Goa.

In 2017, the Congress had emerged as the single-largest party with 17 seats (in a house of 40) and 28.4% of the vote. The BJP with 32.5% of the vote had slumped to 13 seats, yet managed to hijack the mandate and grab power. Over the term, the saffron party consolidated power with more defections and imports from both the Congress and Maharashtrawadi Gomantak Party.

Also read: Mamata Banerjee’s Bold But Risky Strategy to Position Herself as the Natural Choice to Take on Narendra Modi in 2024

On the downturn for its in-your-face corruption over crumbling infrastructure, poor handling of COVID-19 and oxygen shortage deaths, its attempts to ram down three environmentally damaging linear projects through protected forests, its inability to restart mining, and the ruthless filching of MLAs, the BJP would need more than money muscle and a well-oiled election machine to return to power on its own in Goa. It has recently made overtures to its one-time ally, MGP, the very party it reduced to one MLA with its steals. Talks are currently on and will no doubt get a boost with Amit Shah currently on a two-day visit to Goa.

Much will depend too on how Congress plays its cards here on. The party has shut its doors to defectors but kept a studied silence on alliances, leaving both the Nationalist Congress Party and Goa Forward Party guessing.