The BJP’s win will be particularly sweet for Pramod Sawant, a rookie MLA who took over as chief minister in 2019 after Manohar Parrikar’s death. 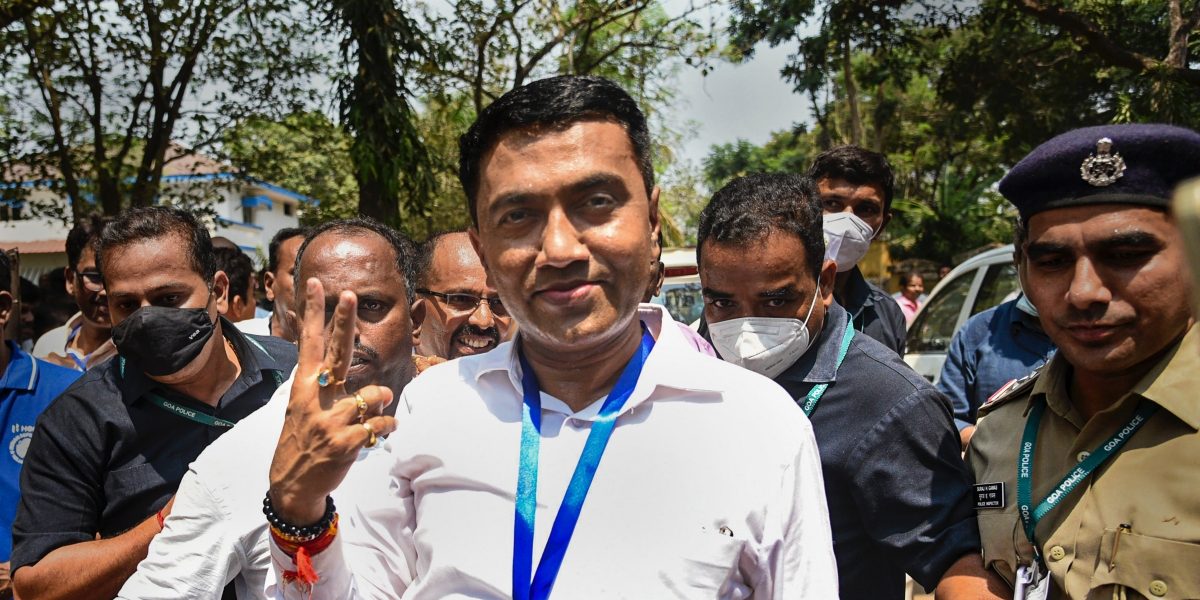 Panaji: Beating anti-incumbency sentiments, the Bharatiya Janata Party (BJP) is set to return to power in Goa for a third consecutive term. The saffron party won 20 of the 40 seats in Goa’s legislative assembly, and is expected to form the government with the help of three independents, and possibly the Maharashtrawadi Gomantak Party (MGP), which won two seats.

“Independents are coming with us, MGP will also help us form the government,” the BJP’s Goa in-charge Devendra Fadnavis said in Panaji.

The Congress, which was expected to better its 2017 tally of 17 seats, managed only 11. A huge factor that weighed against the Congress was the presence of the Aam Aadmi Party (AAP) and the Trinamool Congress (TMC), both playing out their pan-India political ambitions for a slice of the secular vote in this state.

AAP took two seats in the once Congress stronghold of Salcette taluka. In Navelim, a Catholic-majority constituency which the former Congress chief minister Luizinho Faleiro (who moved to the TMC for a Rajya Sabha seat) had won seven times, the fierce contest between the Congress, TMC, NCP and AAP allowed the BJP candidate, Ulhas Tuenkar to sneak in with a consolidation of the minority Hindu vote.

Accepting the verdict of the people, the Congress’ senior leader P. Chidambaram pointed out that the non-BJP voters were hopelessly divided. In some constituencies, Congress candidates lost by thin margins.

The BJP’s win will be particularly sweet for Pramod Sawant, a rookie MLA who took over as chief minister in 2019 after Manohar Parrikar’s death. Sawant survived a scare earlier in the day when he was trailing in the count but made it through with a margin of just 666 votes over the Congress challenger Dharmesh Sanglani.

Apart from Sawant, prominent winners from the BJP include Vishvajit Rane and his wife Divya and Babush Monserrate and his wife Jennifer. Luck also seemed to smile on the BJP in this election. The former Congress chief minister Ravi Naik – who moved over to the BJP, scraped through with a margin of just 77 votes in Ponda.

Luck didn’t however favour Manohar Parrikar’s son Utpal, who contested as an independent from his father’s constituency, Panaji. He lost to Babush Monserrate by just 716 votes. Monserrate, the fulcrum of defections from the Congress to the BJP in the last term, was among only three defectors (out of 12) to survive voters’ wrath. The nine others were sent packing. 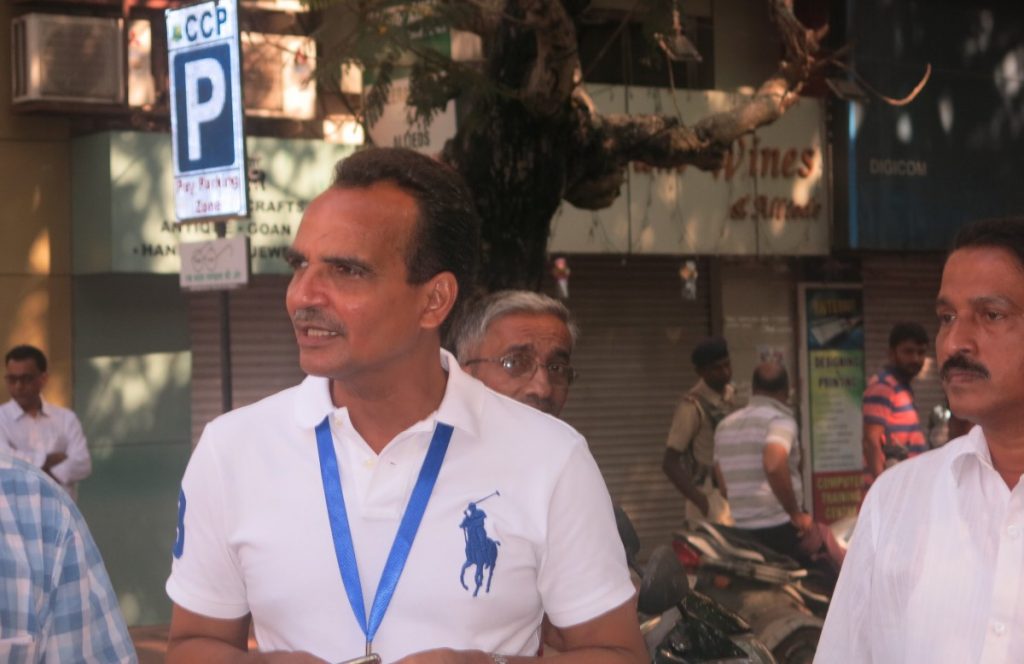 Monserrate reacted angrily to his and his wife’s much reduced margins of victories. He lashed out against his own party, saying the result showed the BJP workers haven’t accepted him and his wife into the party. “They worked against both of us. I never accepted this result of such a reduced margin. The BJP did not help us win. We won because of our own workers,” the leader said. Monserrate said this showed a failure on the part of the BJP’s leaders.

With Sawant’s position firmly cemented with the party victory, it is unlikely the BJP will see the need to change the chief minister, despite the rising angst against Sawant even in business circles for his poor leadership qualities and his litany of failures – the mishandling of the COVID-19 crisis, the restarting of mining, the ups and downs of the tourism industry, the damage to the environment from the three linear projects and a host of others.

Another trend is the consolidation of the Hindu vote, which has given the poor performing BJP and its RSS-bred chief minister yet another term.

Unlike Parrikar, Sawant made no effort to reach out to Catholic constituencies. All through the campaign, he focused primarily in keeping the AAP and TMC in play, banking on a division of the non-Hindu vote; he constantly parroted the BJP central leadership’s attack on Jawaharlal Nehru; talked of rebuilding temples that had been destroyed by the Portuguese to build churches.

He also trained his guns on Mamata Banerjee, trying to paint her as a supporter of “Muslims and Rohingyas”, primarily to damage the MGP – which had a prepoll alliance with the TMC. The strategy appeared to have worked. The MGP was expected to take at least five seats managed just two, which makes it all the more vulnerable now to being leaned on by big brother BJP.