A firebrand in the tradition of her father, she was vocal on secularism, the rights of Dalits, the downtrodden and women.

“Be careful about what you post on social media. We live in dangerous times,” I told Gauri Lankesh last week. She replied saying “We can’t be so dead. It is human to express and react. What we feel impulsively is usually our most honest response.”

On Tuesday night, she was shot and killed in cold blood. The killing was not impulsive. It was well thought and carefully planned, like the murders in Maharashtra and Karnataka of the rationalists and thinkers Narendra Dabholkar, Govind Pansare and M.M. Kalburgi that she had herself condemned and protested.

I grew up in a family of writers. My father, K. Marulasiddappa, and P. Lankesh, Gauri’s father, were colleagues and close friends. Lankesh was an English lecturer. My father taught Kannada.

We lived in the same neighbourhood. My mother often left me in the care of the Lankesh household. Whenever I argued with Gauri, she used to joke saying “Magane (child), I used to babysit you before you learned how to speak.”

But the best quality in Gauri was that one could always argue with her, dispute her and tell her she was wrong. And no matter how fierce our arguments, she respected our right to say what we did. We were close friends because we could disagree. It was a quality that she inherited from her father. 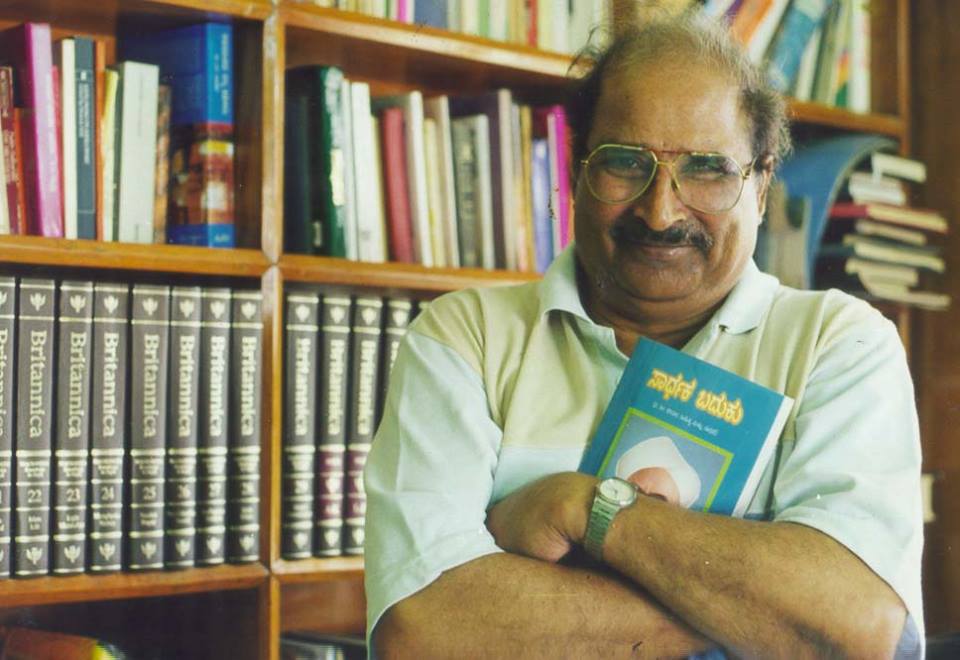 Gauri’s father was a firebrand writer and thinker. In 1980 he launched the Lankesh Patrike, a tabloid in black and white. It carried no advertisements. Lankesh believed that publications succumb to favouring rich corporations or powerful government officials and politicials because they sponsor ads that are a crucial to a newspaper’s survival. Lankesh believed this would kill journalistic integrity. He decided that Lankesh Patrike was to run purely on circulation.

It was a different era for the media in India. Print was powerful. Doordarshan television and All India Radio were state owned and broadcast sterile government versions of news. Print was the only independent space.

A socialist and rational thinker, Lankesh became a torchbearer for liberal thought. He exposed casteism and communalism where he saw it. He spotted and patronised rebellious and outspoken young thinkers like the scholar D.R. Nagaraj and the poet Siddalingaiah who went on to become important voices in Kannada culture and political thought. But he never groomed his children to step into his shoes.

Gauri Lankesh once said that she wanted to be a doctor. When that didn’t happen, she took to journalism. She started her career in the English press, working with reputed publications like the Times of India, Sunday and India Today, before her foray into electronic media with Eenaadu TV.

Her siblings Indrajit and Kavitha forayed into cinema. On January 24, 2000, P. Lankesh wrote his column for that week’s Lankesh Patrike and put the edition to bed. The next morning, he was dead. It was sudden and unexpected. He was no more but he left behind what was a respected and revered brand in journalism.

The siblings went to Mani, publisher of Sanje Vani and Dina Sudar, who was also publishing Lankesh Patrike and told him that they wanted to close their father’s tabloid. Gauri felt that her father did not groom his children to take over the tabloid. She did not think they were its “natural” heirs. To those close to her, she said “We can’t fit into his shoes.”

Mani is said to have chided them. He told them that they should give the tabloid a fighting chance. 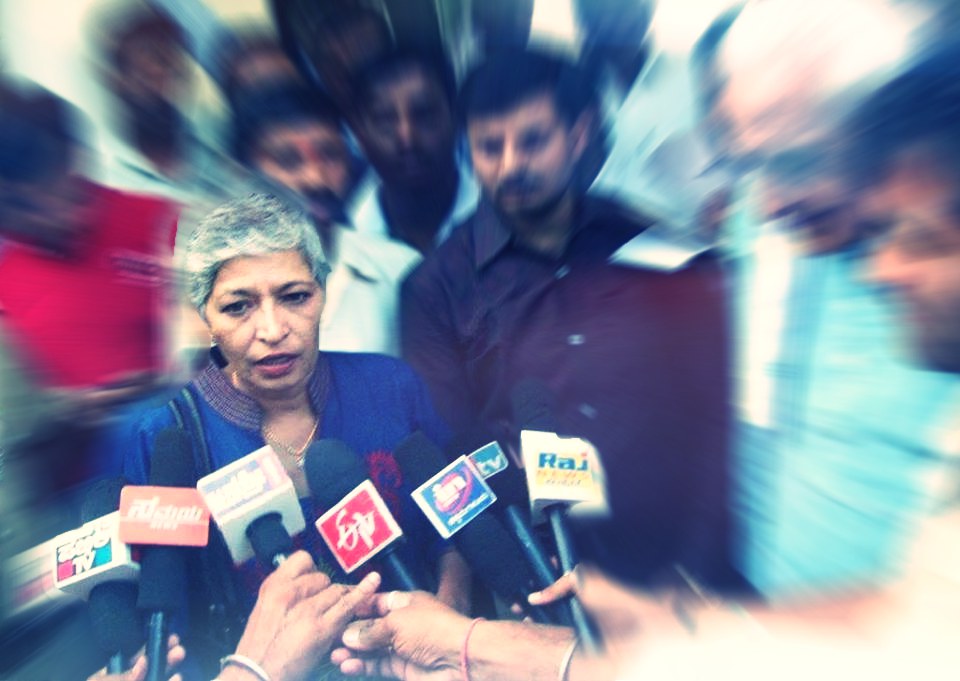 Her brother Indrajit decided to continue the newspaper in his father’s name. Gauri started her own tabloid, naming it Gauri Lankesh Patrike. By the time she started it, she had already been a journalist for 16 years. The electronic side of the media was booming. The circulation of most Kannada tabloids was waning. She was embarking on a venture that was going to be financially downhill from day one.

Gauri held true to her father’s ideals. Her tabloid was vocal on secularism, the rights of Dalits, the downtrodden and women. And she kept her father’s firebrand nature alive in her writing. She minced no words while criticising right wing and caste-based politics. When social media became the in-thing, she was all over it. Her Facebook wall and Twitter handles reflect her fearless and frank view on various political issues. She wasn’t embarrassed about becoming emotional about people or ideas that she cherished. Last year, after hearing Kanhaiya Kumar’s speech, she invited him to Bangalore. She wrote on social media, calling him her son.

Gauri Lankesh has been trolled and called names. There are those who belittled her, saying she was just basking in her father’s glory. She has been called a naxal sympathiser, anti-national, anti-Hindu and a host of other names. But none of this could faze her.

Last week, I jokingly told her that she doesn’t understand social media and technology. She replied “Those who understand technology are silent. I will do what I can and I will say what I should. These intolerant voices find strength in our silence. Let them learn to argue using words instead of threats.”

Chaitanya K.M. is a film maker and theatre person.