The accused, who is part of the Hindu Yuva Sena, had referred to his links to Gauri Lankesh's murder in conversations with his friends. 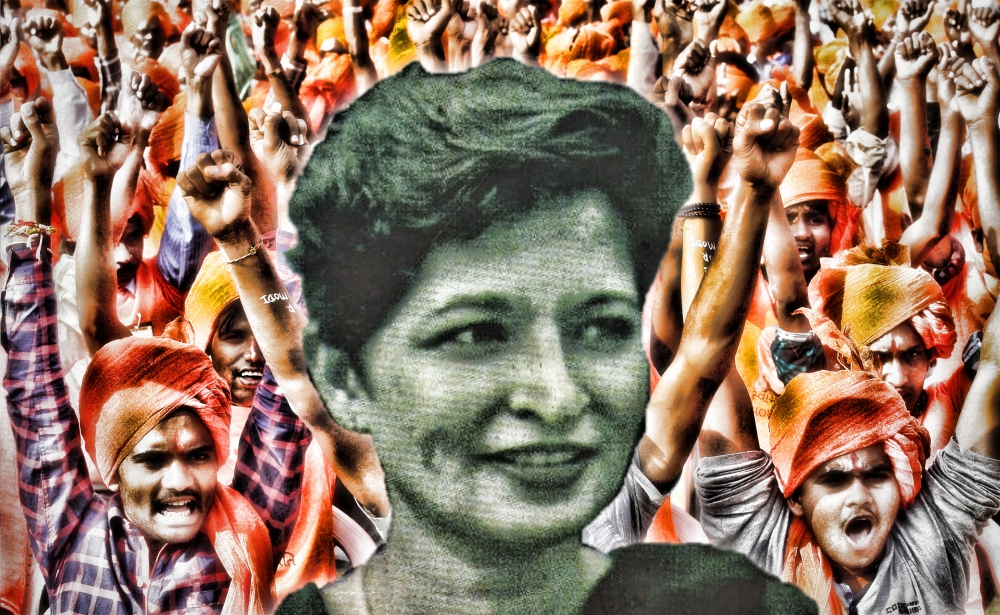 Deputy Commissioner of Police (Bengaluru West) M N Anucheth, the investigating officer in the case, said T Naveen Kumar alias Hotte Manja, already in judicial remand because of a complaint filed by a crime branch official stating that he was carrying prohibited bullets in the city bus stand, was taken into custody for eight days.

Kumar during conversations about guns and ammunition with some of his friends from Maddur, had referred to his links to the murder of Gauri Lankesh, reported Indian Express. The report also claims that Kumar is linked to the Hindu Yuva Sena and members of the Sanatan Sanstha outfit and its affiliate the Hindu Janajagruti Samiti.

Lankesh, known as an anti-establishment voice with strident anti-right wing views, was shot dead at close range by unknown assailants at her home here on September 5 last year.

Police said Kumar was arrested on February 19 on charges of illegally possessing five bullets. A case under the Arms Act was registered against him and he was remanded to judicial custody by a court.

Based on information provided by him earlier, police wanted to question him further and moved the court which granted eight days police custody today.

Police sources said his looks matched with one of the sketches of the suspect and the photograph developed from a CCTV footage obtained from Lankesh’s residence. Protesters in Karnataka to condemn the killing of Gauri Lankesh. Credit: Reuters

While, the killing of Lankesh drew widespread condemnation, there has been no improvement in India’s track record in prosecuting journalist murders.

The last year saw 11 journalists murdered, the reason for three of which can be connected to their work, 46 cases of attacks and 27 cases of police action including arrest and cases filed.

With additional inputs from PTI