A senior journalist who encountered the victims at the metro station questioned why the policemen at the scene did not intervene on behalf of the victims. 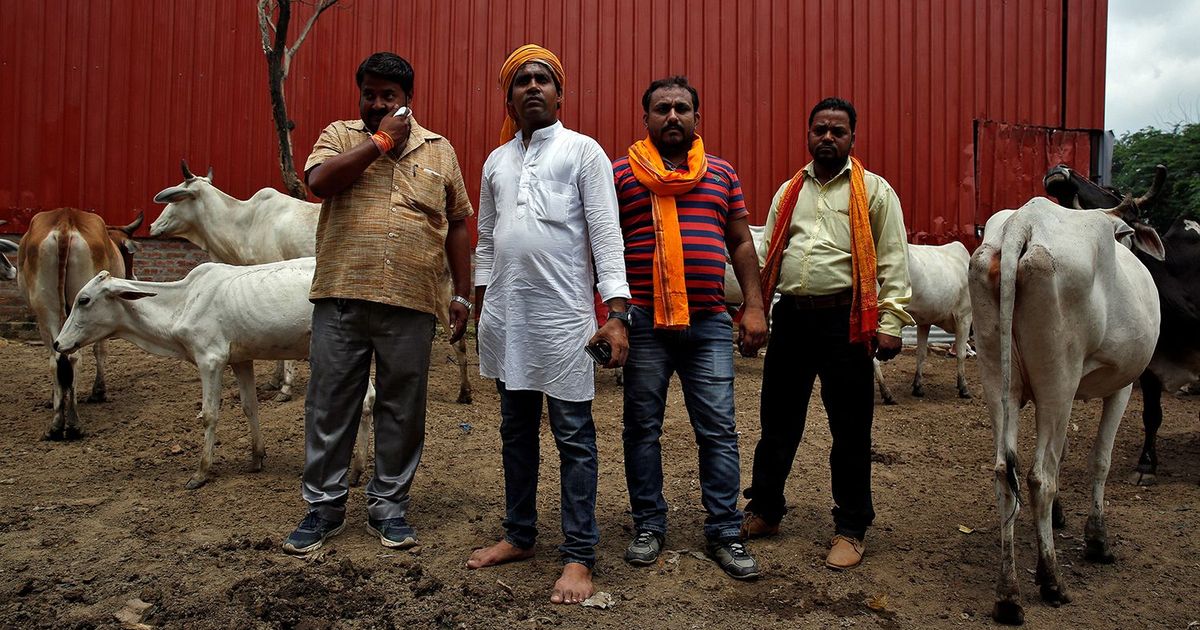 Three men transporting buffaloes in a truck were allegedly beaten up by vigilantes near Kalkaji metro station in south Delhi late Saturday night. Senior journalist Hartosh Singh Bal, who witnessed the incident, said he even spoke to the alleged perpetrators of the crime who were all “sporting saffron tilaks” and they admitted to beating up the men, who were all Muslims.

Bal, who first tweeted about the incident at 1:50 am, kept providing regular updates through his Twitter account. He said he first saw the victims “lying by [the] roadside”. Alleging collusion with the police, Bal wrote that the accused, who beat up the cattle transporters, “were all milling at the spot when police came,” but not one of them was picked up by the cops.

The Quint originally reported the story, saying the attack took place around 11:45 pm on Saturday night when Ashu, Rizwan and Kamil were accosted while on their way to Ghazipur with a truck containing cattle.

According to NDTV, a local police officer said the attackers were not ‘gau rakshaks’ but members of an animal rights NGO:

“The NGO People for Animals has been working against animal cruelty in Delhi for a long time. they are not ‘gau rakshaks‘ (cow protectionists),” he said. The office of Union Minister Maneka Gandhi – a well-known animal rights activist who is also the chairman of the PFA … however, denied that the men are connected to the organisation.

Ved Prakash, the station house officer (SHO) at Kalkaji police station, told the Quint that the truck and the animals contained within it had been taken into custody for further investigation. They are currently being held at Tis Hazari. Prakash also added that the police were treating the accused as animal welfare activists and not gau rakshaks.

Bal who went to the Kalkaji police station to follow up on the case, tweeted that “all 3 beaten up [were] Muslims”. He also revealed that the cops had reportedly told a television journalist that all the men had been beaten up by locals. Although Bal insisted this was “a lie”.

Was at spot talking to the men sporting saffron tilaks who admitted to beating them https://t.co/9JmmbagHH0

The senior journalist later tweeted that the police were there at the same time that the incident took place and wondered how could they have not seen “what was happening around”. Bal termed the police’s approach to the entire episode “wilful blindness”. He tweeted, “cops contradicting what their men were witness to.”

As of now, the three men have been released from AIIMs – where they were taken for treatment. Some neighbours of theirs, who arrived at AIIMS told the Quint that the truck was only carrying buffaloes and not cows, though this remains unconfirmed by the police.

Bal commented on how the police seemed to be blaming the incident on the victims, saying, “Now await FIR against victims who obviously bled for no reason”.

This incident is the latest in the recent spate of attacks by  gau raksha vigilante groups against cattle traders and transporters. Two days ago on April 21, five people, including a nine-year-old girl, were attacked by gau rakshaks in the Reasi district of Jammu and Kashmir. The family, like several others in the region, are nomadic herders and were moving along with their 16 cows and herds of goats, sheep and dogs when they were intercepted by a crowd of gau rakshaks. The attack left some family members hospitalised with broken bones and to make matters worse, the attackers took away the family’s animals – not just the cows, but also their sheep, goats and dogs.

As Bal commented in another tweet, “So Modi’s cautions work so well that this is happening in his backyard under police force directly reporting to the Union Home Ministry”.