The former junior minister for the environment says he will resign from the Lok Sabha too, but did not set a date. 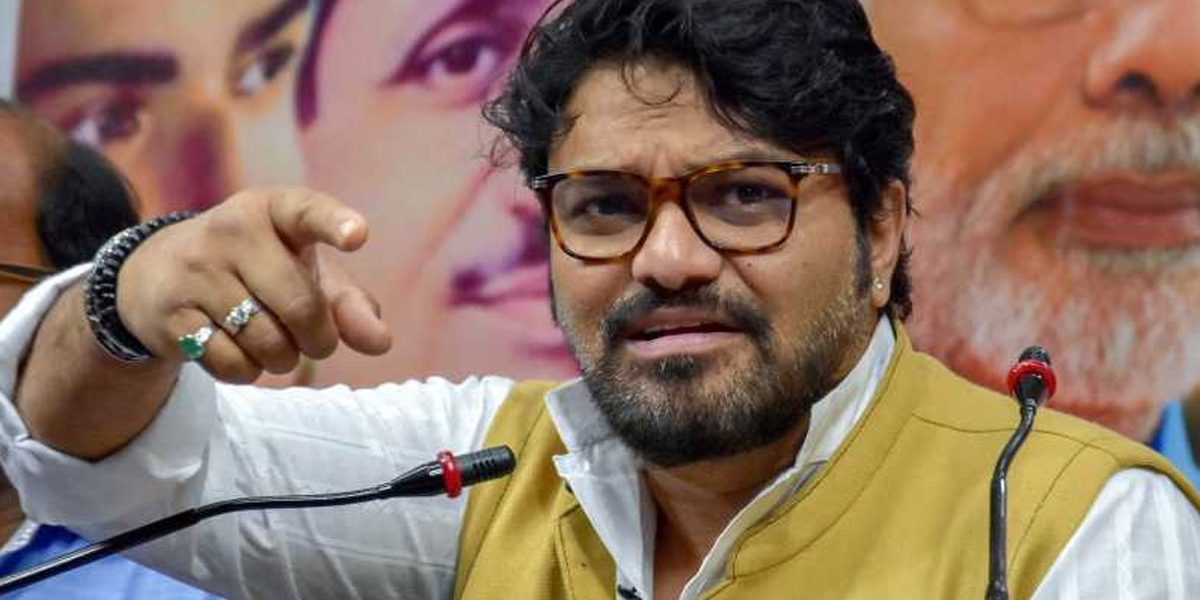 Kolkata: BJP MP from Asansol in West Bengal, Babul Supriyo, said on Saturday that he was quitting  politics, citing, as one of many reasons, the fact that he was dropped from the Union council of ministers in the recent reshuffle.

In a lengthy Facebook post, Supriyo said that ahead of the West Bengal assembly election there had been a difference of opinion between him and certain BJP leaders in the state. He added that infighting between senior leaders harmed the party and broke the morale of its workers.

Without mincing words, he made it clear that he will not join any other party, saying that he is a “one-team player”. However, a few minutes later, he updated his post and deleted this sentence.

Supriyo reiterated that he would “obviously resign” as Lok Sabha MP; however, he mentioned no timeframe.

“Heard everyone’s words – father, (mother) wife, daughter, two dear friends…After realising everything, I am leaving. To do social work, one can do it without being in politics. Let me organise myself a little first,” he wrote.

Reacting to Supriyo’s announcement, Trinamool Congress state general secretary and spokesperson, Kunal Ghosh said, “The Lok Sabha is in session. The speaker is presiding over the house. But without resigning there, a drama is on Facebook. He was dropped as minister, cornered in the party, and is making a desperate attempt  to get attention from Delhi leaders.”

Supriyo joined politics just before the 2014 general election and contested on a BJP ticket from Asansol. After Narendra Modi became the prime minister, he was made the Union minister of state for urban development.

Over the years, Supriyo gained popularity among rank and file BJP leaders in Bengal and cemented his position. He attacked the TMC on issues of corruption and underdevelopment and became a fierce critic of Trinamool supremo Mamata Banerjee and her nephew, now party general secretary Abhishek Banerjee.

In the 2019 general election, Supriyo won for the second time from Asansol with a margin bigger than the first time. He again found a place in Prime Minister Modi’s council of ministers, when he was made minister of state for the environment, forests and climate change.

Slamming one of Ghosh’s controversial statements, Supriyo said, “the BJP has nothing to do with what Dilip Ghosh may have said. It is a figment of his imagination and BJP governments in UP, Assam have never resorted to shooting people for whatever reason whatsoever.”

The rift between Supriyo and Ghosh widened over the years. On another occasion, Supriyo exploded in front of Union home minister Amit Shah during an organisational meeting. He accused Ghosh of bypassing him to form the organisational committee in his Asansol constituency. Ghosh, who was also present in the meeting, defended his actions.

Earlier this month, after Supriyo was dropped from the cabinet, Ghosh told the media “They (high command) asked for his (Supriyo’s) resignation so that someone else can take up the responsibility. That is how a party functions; you need to have faith in the due process. If he were to be fired instead, would that have made things any better?”

Ahead of the Bengal assembly election, when leaders were switching from the TMC to BJP virtually every day, Supriyo opposed rebel TMC leader Jitendra Tiwari’s entry into the saffron party. Tiwari was then the MLA from Pandabeswar constituency in Paschim Barddhaman district and was also the mayor of Asansol municipal corporation. For years, Supriyo and Tiwari were fierce political rivals.

“What my top bosses decide is a different thing but I will try my very best with all my might and honesty to ensure that NO TMC leader who tormented, tortured (both physically and mentally) my grassroot level BJP colleagues in Asansol, don’t get entry in BJP,” Supriyo then said.

However, two weeks before the election, in the presence of Dilip Ghosh at a programme in Sreerampur in Hooghly district, Tiwari formally joined BJP.

Struggling to find suitable candidates for several high stakes seats in Bengal, the BJP fielded five sitting MPs along with Supriyo. The BJP MP contested the Tollygunge constituency but lost to TMC candidate Aroop Biswas by a margin of over 50,000 votes.

After losing, Supriyo blamed the voters of Bengal, writing in an FB post, “Neither will I congratulate Mamata Banerjee for her win in Bengal nor do I wish to say that I ‘respect’ the people’s verdict because I sincerely think that people of Bengal made a historic mistake by not giving Bharatiya Janata Party a chance and by electing this corrupt, incapable, dishonest government and the cruel lady back to power!! Yes, as a law-abiding citizen, I shall ‘obey’ the decision taken by the people in a democratic country. That’s it!! Nothing more-Nothing less.” The BJP leader, however, deleted this post from his Facebook account.

Rumblings in the BJP’s Bengal unit started right after the election results were out. BJP workers have been revolting at the grassroots level across the state, amidst allegations of massive organisational breakdown. Allegations are also rife of the BJP leadership abandoning workers amidst political violence and allegations of intimidation by TMC leaders.

On June 11, BJP national vice-president Mukul Roy returned to the TMC fold after spending 44 months in the BJP. Almost on a daily basis, a large number of lower level BJP workers  are joining TMC. Many Trinamool defectors who joined the saffron party months before the election have now stopped attending BJP organisational meetings and some of them have expressed their willingness to return to the TMC.

In 1992, Supriyo quit his job at Standard Chartered Bank. He then embarked on a journey to become a playback singer in Bollywood. Before joining the BJP, Supriyo acted in many Bengali movies, mostly cameo parts.