Sinha, who served in the cabinet of former PM Atal Bihari Vajpayee, had quit the saffron party in 2018 after having serious differences with the party leadership. 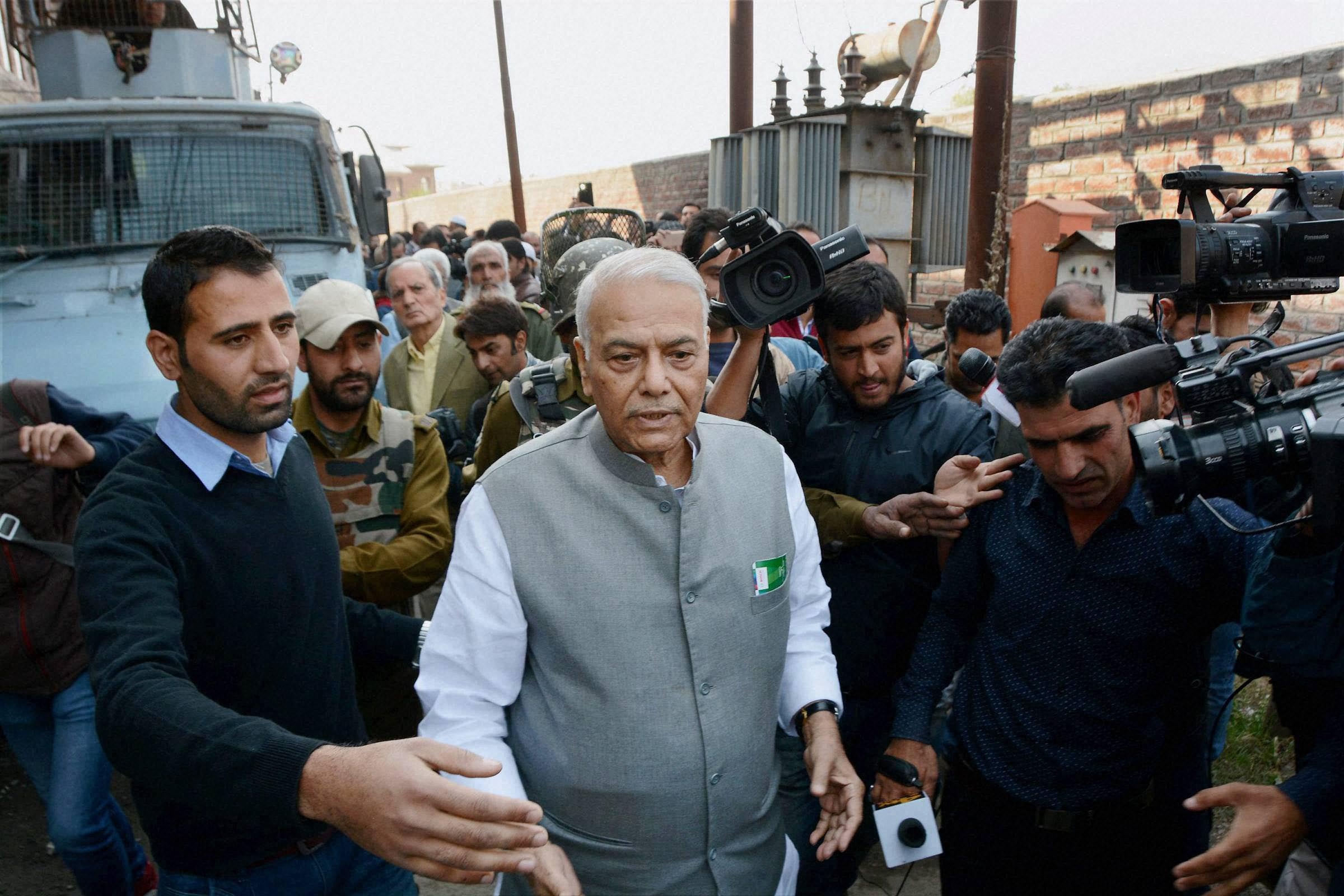 Sinha, who served in the cabinet of former Prime Minister Atal Bihari Vajpayee, had quit the saffron party in 2018 after having serious differences with the party leadership.

His son Jayant Sinha is the BJP MP from Hazaribagh in Jharkhand.

“The country is passing through a strange situation. Our values and principles are in danger. The strength of democracy lies in the robustness of its institutions, and all the institutions have been weakened systematically,” Sinha said.

The octogenarian leader pledged support to West Bengal chief minister Mamata Banerjee in her fight against the BJP.

According to news reports, the former NDA minister while joining the TMC said, “Farmers are agitated. Labourers had to migrate in distress and continue to suffer. Institutions, including the judiciary, have been weakened. And the government is unfazed.”

Explaining why he quit the BJP-led NDA, he told the Tribune, “There is a world of difference between the BJP of Atal Behari Vajpayee’s times and today’s. Atalji believed in consensus. Today, the party believes in crushing everyone. Atalji courted people, these people are capturing people. Atal Bihari ji’s coalition had Akali Dal in Punjab, Shiv Sena in Maharashtra, TDP in Andhra Pradesh, AIADMK and DMK at separate times in Tamil Nadu, BJD in Odisha, TMC in Bengal, AGP in Assam, JDU in Bihar. Atal ji formed a truly national coalition. He never believed in crushing parties and occupying the vacuum hence created.”

“We welcome Yashwant Sinha to our party. His participation would strengthen our fight against the BJP in the elections,” TMC Lok Sabha party leader Sudip Bandopadhyay said.

Sinha had served as Union finance minister twice – once in the Chandra Sekhar cabinet in 1990 and then again in the Vajpayee ministry. He also held the portfolio of external affairs ministry in the Vajpayee cabinet.