In Final Lap, Modi is Grappling With a Race That is Wide Open

The party feels the first phase of voting did not go well and is looking to its rhetoric on Pakistan for a decisive edge in the second. 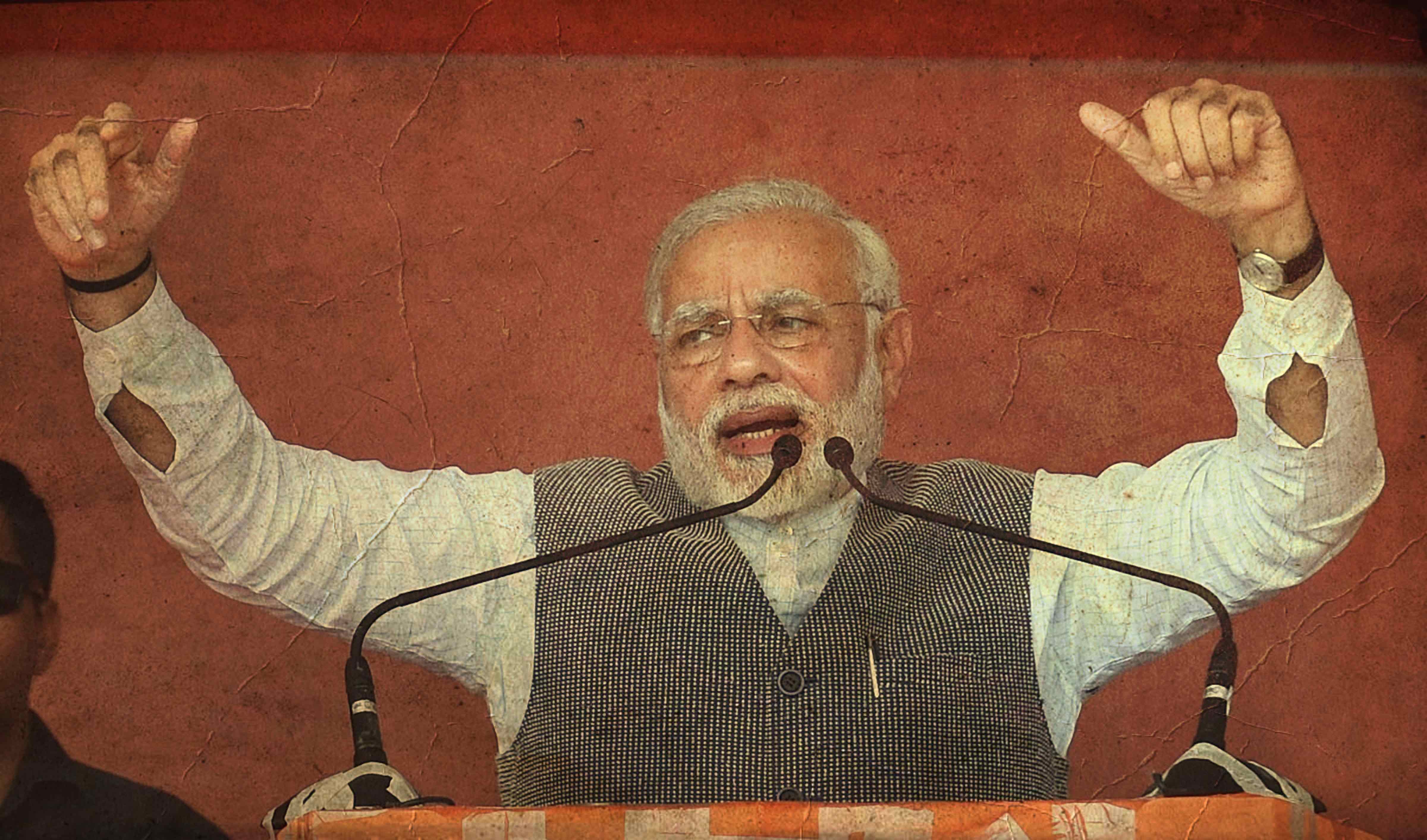 It’s confusion worse confounded in Gujarat. With Prime Minister Narendra Modi starting to make atrocious statements – like Pakistan working with the Congress to beat the BJP in Gujarat and suggesting that Ahmed Patel is the Pakistan army’s candidate for the position of chief minister – political analysts are wondering what’s this all about.

“It can mean one of two things. Either the BJP is losing the game or that its performance is much below expectations. I think the latter is more likely,” says the editor of a leading daily. BJP president Amit Shah had started the campaign by asserting that the party would win 150 seats but with one phase of the elections over (with 91 seats at stake there), the saffron party realises that the actual results would be far short of the initial expectations. Most reports suggest that there is a neck and neck battle and even bookies who analyse polls are flummoxed. If the BJP gets less than its 2012 tally of 116, it would seem a loss of face. If it gets much less, the tone for the 2019 elections will be set on the note of ‘the BJP is vulnerable’.

Hence the flurry of activities seen in the last two days. What has added to the worries of the BJP is the lower turnout of voters in the first phase. At 66.75%, it was less than the 71.14% seen in 2012. “This is worrying the BJP because it can’t figure who did not go out to vote,” says a corporate professional connected to the saffron party. But analysts said that it is possible that some BJP inclined voters did not go to the polling booths this time. They were angry with the BJP but did not see themselves voting for the Congress.

Veteran poll observers say that Modi is back to his Gujarat gaurav yatra days of the 2002 elections which came close on the heels of the deadly riots earlier that year. “At that time, Modi had spoken of Mian Musharraf and ‘panch ke pachhis’ [a crude reference to Muslims producing many children]. He was chief minister then and could not be reined in. Now that he is prime minister, who will restrain him?” asked a senior political analyst. But he added that in cities, a section of the middle class enjoyed Modi’s rhetoric, which is why he resorted to such language.

To counter the BJP’s dog-whistle communalism, the Congress has resorted to soft Hindutva this time around with Rahul Gandhi making trips to temples. How much it helped in the electioneering one does not know but he was soon in a controversy with his name found in the non-Hindu register of entrants to the Somnath temple. This was sought to be made into an election issue, but analysts (including those inclined to the BJP) say that it did nothing to alienate the voters from the Congress. Hence there was a need to corner the Congress party and its new president more effectively.

“There is a lot of fear about Pakistan in Gujarat. First, it is a border state and secondly in 1965, when India was at war with Pakistan, Pakistani planes had entered Indian airspace and shot down a civilian plane carrying Gujarat chief minister Balwant Rai Mehta, killing him,” says a former top bureaucrat in the state. “The fear of Pakistan is the ultimate weapon in the hands of Narendra Modi and thus he is unleashing this brahmastra; people don’t like a party that is soft towards Pakistan and hence Modi’s utterances will certainly lead to gain of some votes for the BJP. And in a closely contested election, this could make a difference in the results in some cases,” the retired official adds.

Experts who analyse voter trends closely say it seems that in the first phase of polls, the BJP has taken a heavy beating in Saurashtra districts like Amreli, Morbi, Rajkot, Dwarka, Junagadh and Surendranagar, but has done well in Bhavnagar, Jamnagar and Kutch districts. However, in the southern Gujarat districts of Valsad, Bharuch and Surat, the BJP is believed to have done very well. But the saffron party seems to have been washed away in the diamond localities of Surat, where Patels from Saurashtra dominate. Incidentally, Ahmed Patel, who is Modi’s favourite punching bag, belongs to Bharuch.

With polling over in Saurashtra and south Gujarat, the focus is now on central and north Gujarat. Voting will also take place in Ahmedabad and Vadodara, which are citadels of the BJP. In the second phase of voting on December 14, 91 seats will go to the polls, and more meetings by Modi and Rahul Gandhi are slated in the region. This is even as Hardik Patel is frenetically campaigning in north Gujarat, including Ahmedabad district, in a last minute attempt to ensure that voters are not ensnared by the BJP. In some places in north Gujarat, Hardik has not been given permission to electioneer because in 2015, in the wake of the Patidar agitation, there was large scale of violence. He was also not permitted a road show in Ahmedabad on Monday and was instead told to address a public meeting.

Interestingly, even though Modi has subjected Rahul Gandhi and the Congress to his diatribes, he has spared Hardik. This is because Modi may consider it politically imprudent to talk about Hardik because he is a son of the soil. Besides, speaking about Hardik will mean giving him importance, something the BJP would like to avoid.

Though most analysts feel that it is yet an open battle in Gujarat, they also say that Congress would have done better if they had built a tall local leader in the state of the stature of Siddaramaiah in Karnataka. Such a leader could have taken on the BJP in Gujarat on a daily basis – not for the last two months but for the last six months. For the Congress, it has been Rahul Gandhi all the way. His closest ‘ally’ has been Hardik Patel who is not a Congressman at all. Moreover, the Congress organisation has weakened over the years and the traction that the grand old party is getting is due to the anti-incumbency effect of the BJP. “The Congress was in power at the Centre from 2004-14. The BJP nationally was very weak from 2004-09 and Modi had not risen. They should have foreseen the future and destroyed Modi politically,” a retired senior police officer from Gujarat.

Kinsgshuk Nag is a former resident editor of the Times of India in Ahmedabad and author of a book on Narendra Modi.