In his first meeting with party leaders since the dilution of Article 370, Abdullah said that the “Gupkar Declaration” is a core issue for all regional parties. 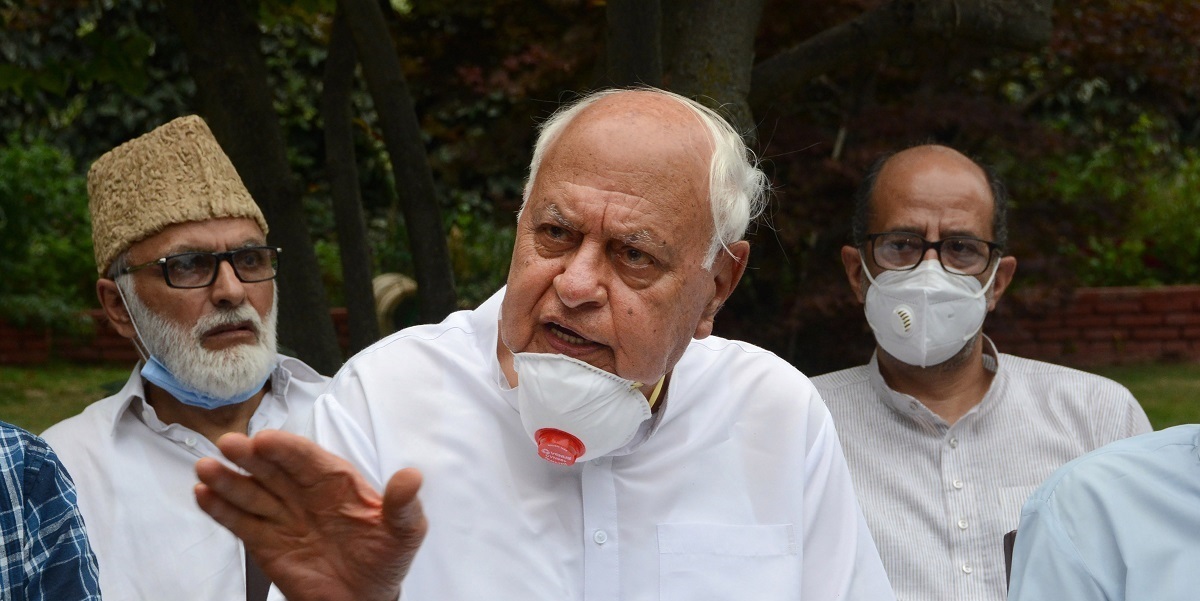 Srinagar: After meeting a group of party leaders for the first time since August 5 last year when the Centre diluted Article 370, National Conference president Farooq Abdullah on Tuesday described “Gupkar Declaration” as the core issue for the Union Territory’s regional political parties.

The Gupkar Declaration was a unanimous resolution passed by all mainstream political parties, with the exception of the BJP, at the residence of Abdullah on August 4 last year, the day before the Centre revoked J&K special status.

The parties had resolved they would stand “united and defend identity, autonomy and the special status of the JK against all attacks and onslaughts whatsoever” while describing “any modification, abrogation of Articles 370 and 35A unconstitutional, and process of delimitation or trifurcation of the state an aggression against the people of Jammu, Kashmir and Ladakh.”

Abdullah had on August 15 called an all-party meeting to discuss the situation in Kashmir. But the administration did not allow the meeting to take place.

“The government didn’t allow it. But we will soon have that meeting on Gupkar Declaration. That is our core issue. We are not running away from it,” Abdullah told media persons after the meeting. “We are not going to remain silent on the issues.”

He, however, said the parties will sit together and discuss future strategy with regard to J&K once all political leaders, including Mehbooba Mufti, are set free.

“Once all leaders are released, we will sit together and then Farooq Abdullah will tell you what we are going to do,” he said.

When asked how long it would be before the parties come out with a political agenda for the altered status of Jammu and Kashmir, Abdullah responded: “Kashmiris have waited for 70 years, so how does it matter if they will have to wait for another five years. Does it matter?”

‘I’m in touch with Mehbooba Mufti’

Abdullah, the sitting MP from Srinagar and a former J&K chief minister, said he was in touch with Peoples Democratic Party (PDP) chief Mehbooba Mufti, who is serving detention under the controversial Public Safety Act (PSA).

“I’m in constant touch with her. I keep on speaking to her,” said Abdullah.

Mehbooba, along with more than three dozen political leaders, was arrested on August 5 last year. She was later booked under the PSA and kept in a sub-jail before she was shifted to her official residence, also declared as a “sub-jail” by the authorities, on April 7 this year.

Abdullah said Mehbooba, also a former chief minister, was also part of the Gupkar Declaration. “She is a signatory to it. We do want her to be freed. It will be a great day for us when every leader of the state is free and is able to move freely,” said Abdullah. 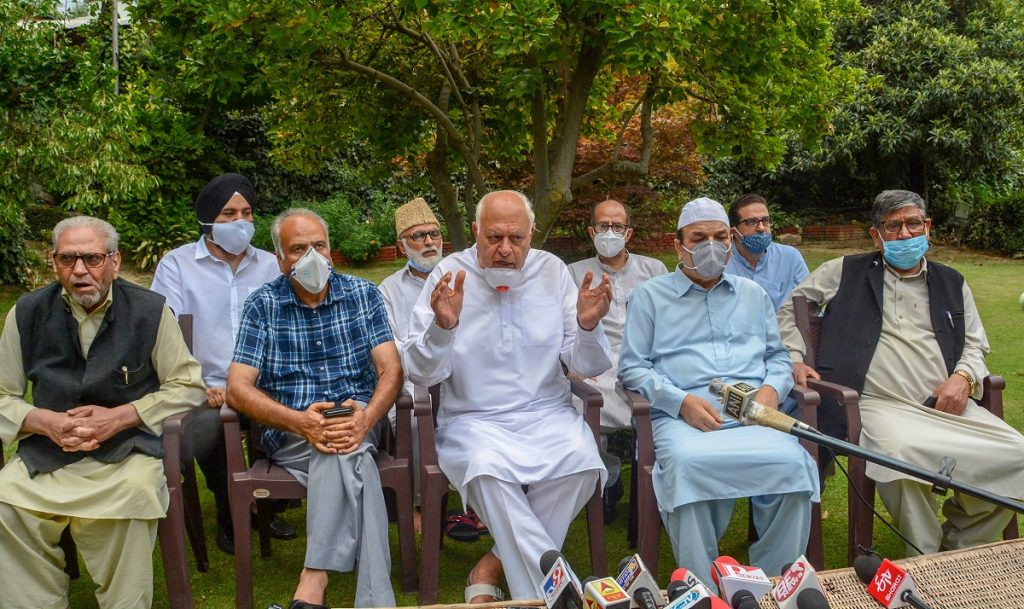 National Conference President Farooq Abdullah addresses a press conference after holding a meeting with party leaders, including those leaders who were detained post-August 5, 2019, at his residence in Srinagar, August 20, 2020. Photo: PTI

However, the J&K administration told the court that there were no restrictions on the movement of any of these leaders. Following the government’s stand, Abdullah decided to convene the meeting.

As the media waited outside the residence of Abdullah on Gupkar road, senior party leaders Abdur Rahim Rather, Ali Muhammad Sagar, Muhammad Shafi (Uri) and Nasir Aslam Wani arrived for the meeting.

While Sagar was kept under preventive detention after August 5 and then booked under the PSA before his release in June this year, the other three leaders were put under house arrest after August 5, 2019. The meeting was also attended by National Conference MPs Muhammad Akbar Lone and Hasnain Masoodi.

“The aim of today’s meeting was to see if our people who’ve been locked in for 12 months could come out of their homes, as the government said they’re not locked. I hope it’s not just going to be the one time. Our leaders could move out of their homes after more than one year,” said Abdullah, adding the party has started a process and he will meet more leaders soon.

Responding to a question on the situation in Kashmir, Abdullah said people were in a “miserable condition”.

“Businesses are all zero, tourism is zero, there is suffering everywhere and on top of it, the coronavirus is taking a heavy toll on the people,” said Abdullah, who spent seven months in detention at his home and was charged under the PSA.

Asked about Shah Faesal’s decision to quit politics, Abdullah said: “If somebody’s conscience is weak, Farooq Abdullah is not responsible for that. He has to answer to his conscience and his God. There is nothing to talk about him. He is gone, so what?”

Abdur Rahim Rather, the former J&K finance minister, said after the meeting that once the consultation process with the party leaders is over, the National Conference will call the meeting of its working committee to discuss the future course of action. The committee is the highest decision-making body of the party.

“The meeting is likely to take place after Sunday,” said Rather.

He said there were many “burning issues” confronting J&K which will be discussed in the meeting.

“The state is in turmoil. The August 5 decision is the issue of topmost priority. Then, there have been decisions taken during the past year, including the introduction of domicile law and approval of the delimitation process. They are all pressing issues for us,” said Rather. “We will sit and chalk out the roadmap on how to move forward with regard to the situation in Jammu and Kashmir.”