Jalandhar: At around 2 pm on Sunday, when the Trinamool Congress (TMC) was clearly inching towards a victory in West Bengal and the Bharatiya Janata Party (BJP) was confined to below the 100 mark, farmers from Punjab and Haryana were the first ones to react to the electoral battle in this part of northern India.

The was because leaders of the Samyukt Kisan Morcha (SKM), an umbrella body of farmers’ unions, had held ‘No vote to BJP’ rallies in West Bengal to protest against the three farm laws. Farmers celebrated the BJP’s defeat Delhi’s Singhu and Tikri borders. An elderly woman at Singhu border.

Though Punjab and Haryana were under weekend lockdown due to COVID-19, farmers still managed to distribute ladoos and share congratulatory messages and videos on social media, terming the BJP’s defeat as a shot in the arm for farmers and a victory for ‘Kisan-Mazdoor Ekta’.

“The BJP’s loss in Bengal is a big boost to the farmers’ protest, as SKM leaders campaigned against them. [Narendra] Modi’s arrogance has taken a toll on his own party. Had the Modi government listened to farmers and repealed the three black laws, they might have won Bengal. Even now it is not too late and the Central government should scrap these laws, else they should get ready to face a complete rout in Uttar Pradesh in the 2022 assembly elections,” said Jagseer Singh, a farmer associated with BKU (Ekta Ugrahan) from Bathinda.

Gurwinder Khangura, a Hoshiarpur-based farmer, said that they want to make one thing clear – that farmers are celebrating ‘BJP’s defeat and not TMC’s victory’. “Had BJP won the Bengal elections, it would have affected the farmers’ protest. The farmers’ campaign against the BJP has proved that people support us. The BJP should understand that the writing is on the wall and they should repeal the three black laws not just for the welfare of the farmers but their own existence, too,” he said.

Ramandeep Singh Mann, a farmer-activist from Bathinda, said that the BJP’s defeat will definitely have an impact on the farmers’ protest, as farmers have defeated the Modi government in Bengal.

“Farmers are upbeat and the general sentiment among them at Singhu border is that we have defeated Modi in Bengal, now that we are sitting in his home ‘Delhi’, we will defeat him here. For farmers, this defeat of the saffron party is a morale booster. The BJP’s defeat has infused new blood in our movement and despite completing five months, it is going strong. Rather, the pro-farmer parties affiliated to the BJP in the Centre have also started calling us, declaring support. Now that they have lost Bengal, they will be under pressure to hold talks again, as the BJP can’t afford to lose Uttar Pradesh, where Rakesh Tikait has a considerable sway in the western part and many mahapanchyats have already been held,” he said. 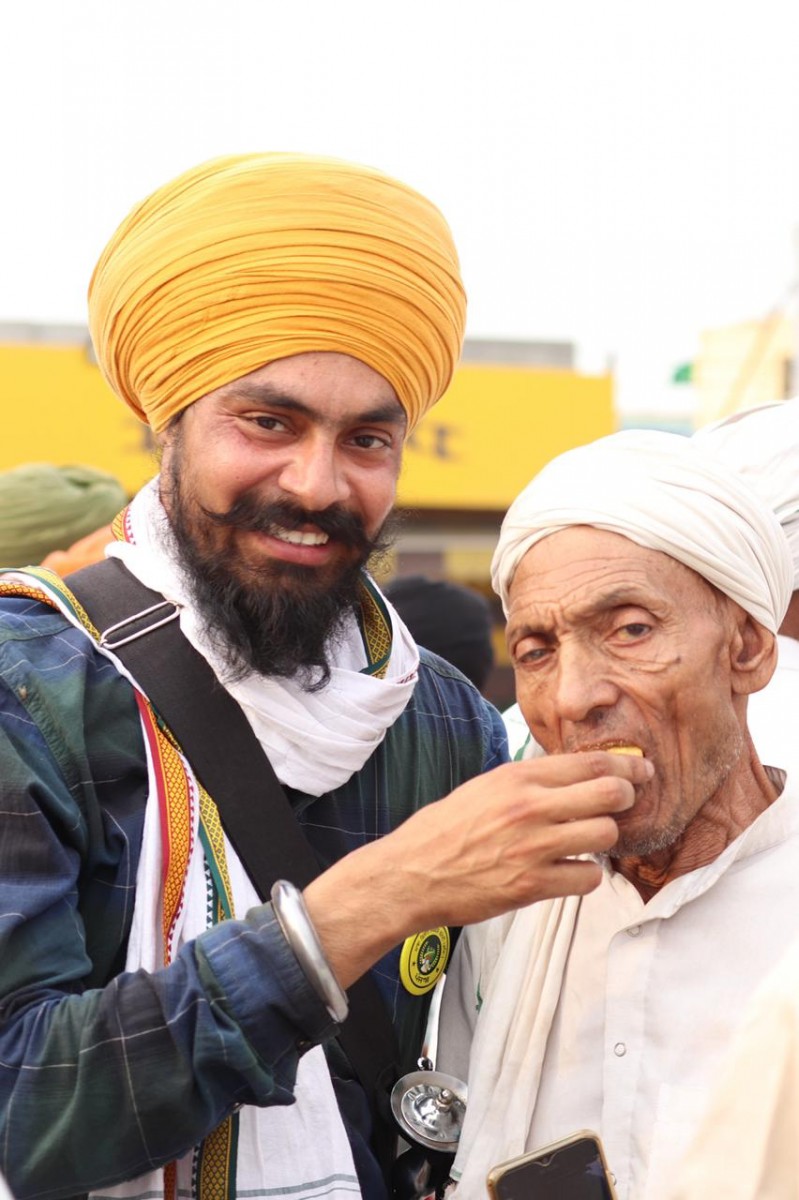 Talking to The Wire over the phone from Singhu border, BKU Doaba president Manjit Singh Rai, who campaigned against the BJP in Bengal, said that farmers are celebrating the Modi government’s loss. “PM Modi held over 70 rallies in Bengal but still BJP lost to the TMC. It is because of SKM’s campaign and voter’s response that the BJP faced a humiliating defeat. Farmers are elated over the debacle of the Modi government and they should hold talks and repeal the agri laws now,” he said.

Rai said that the election results of the five states were proof that people are supporting farmers, from Bengal to Kerala. “We are getting calls from Punjab, Panipat in Haryana, UP and Bengal that people are celebrating BJP’s loss,” he added.

Thanking the people of Bengal, farmers and people for defeating the BJP, Bharti Kisan Union (BKU) Haryana president Gurman Singh Chaduni in a video message equated Modi government’s rule to that of Ravan and Duryodhan and said that the arrogance of both not only led to their fall but also ended their kingdoms.

“This is not ‘Raj Dharm’. PM Modi should leave his arrogance aside and listen to the farmers. But, if the Modi government has still not learned any lesson from Bengal’s defeat, they should get ready for a complete rout in Uttar Pradesh too. Even now, Modi government has time to rethink and scrap the farm laws, failing which farmers will continue to campaign against the government and ensure its defeat,” Chaduni emphasised.

Dr Darshan Pal, president the Krantikari Kisan Union, also thanked the people of Bengal for following the sentiments of farmers and voting against the BJP. “The SKM is thankful to the people of Bengal and our farmers who punished BJP from Bengal to Kerala. Our idea was to isolate BJP socially and politically, and the SKM has been successful in spreading its message. Already in Punjab and Haryana, people are protesting against not just the BJP but corporates Mukesh Ambani and Gautam Adani, and Bengal has given us the much-needed boost,” he said.

On the issue of the Modi government coming under pressure to initiate dialogue following its loss in Bengal, Pal said that both possibilities were there – either the government will listen to the farmers or they might get vindictive. “We are ready for both the situations. As of now, it is a big victory for farmers.”

Interestingly, even NRIs from Punjab settled in the US, Canada, the UK, Germany, Europe and even in the Gulf nations were curious to know the election results in Bengal. “Punjabis abroad have been wholeheartedly supporting the farmers’ protest and because the SKM leadership campaigned against the BJP in Bengal, they are celebrating the Modi government’s defeat,” said Sandeep Singh, a Jalandhar-based farmer whose family is based in the US.

A majority of the farmers in the villages said that they cannot recall if they ever followed any other state’s election results phase by phase and shared the updates with their friends abroad. “We are feeling empowered. BJP’s defeat is farmers’ victory and we are going to celebrate it.”