Farmer leaders are scheduled to address five mahapanchayats in Bengal – two in Kolkata and one each in Nandigram, Singur and Asansol. 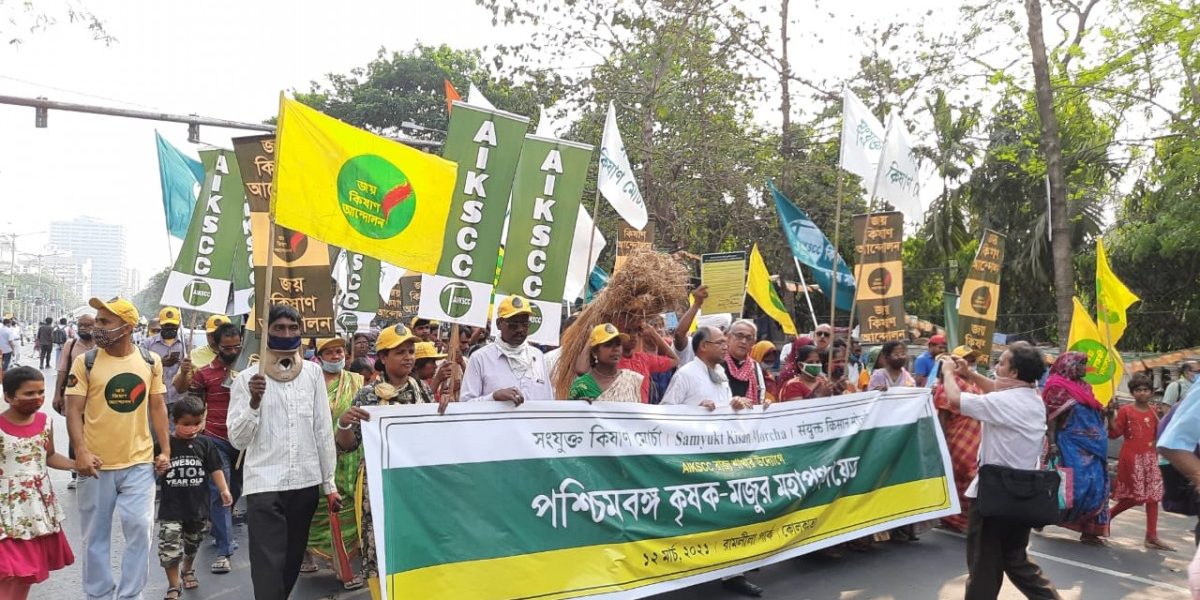 Farmers on the way to Ramlila Park in Moulali to sit for a demonstration in support of farmers' protest. Photo: Special arrangement

Kolkata: In an unprecedented move, several farmers protesting at the Delhi border for over 100 days reached the poll-bound state of West Bengal on Thursday for a three-day visit to campaign against Bharatiya Janata Party (BJP).

The farmer leaders, under the umbrella organisation Samyukt Kisan Morcha (SKM), are scheduled to address five mahapanchayats in Bengal – two in Kolkata and one each in Nandigram, Singur and Asansol.

Nandigram and Singur are significantly important as both areas witnessed the fight against forcible land acquisition by the Left Front government and helped Mamata Banerjee come to power, ending the Left’s 34-year rule of the state.

Addressing the press at the Calcutta Press Club, farm leader Balbir Singh Rajewal, president of Bhartiya Kisan Union said, “The Centre is selling all government-owned companies, their main aim is corporatisation of this country. So, we have decided that we visit states where elections are taking place and tell brother farmers and common people that Modi government’s policy will destroy this country. And request them not to vote for the BJP. We are not here to support any political party. Our humble request is vote for any party of your choice, but not BJP. Please teach BJP a lesson.” 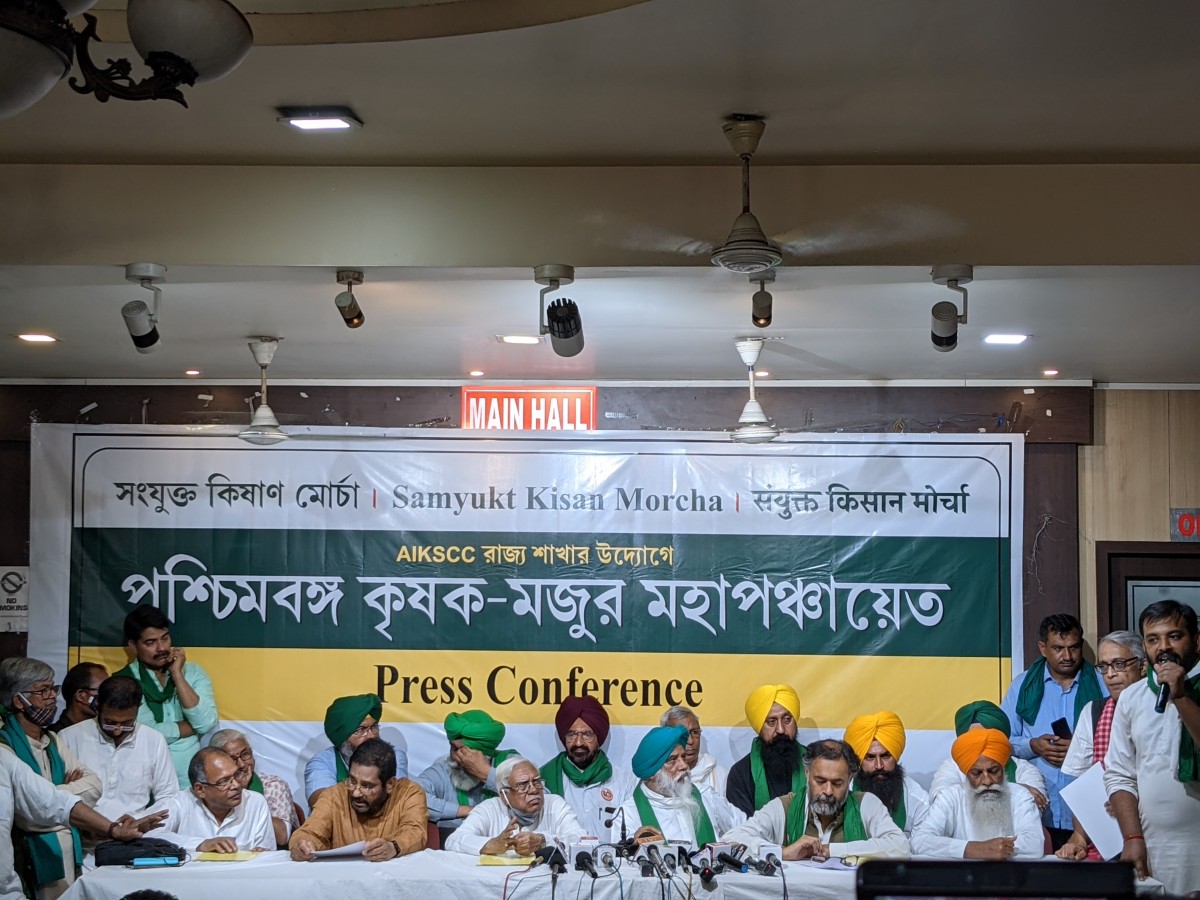 SKM leaders said that after the three-day programme, different groups of farmer leaders would keep visiting various districts of West Bengal till the assembly election end on April 29. The organisation has printed leaflets which have been distributed across 294 assembly segments of the state with a message: “Reject BJP, defeat BJP in the upcoming assembly election”.

Also read: As Farmer Protest Crosses 100-Day-Mark, What Should We Expect From the Face-off in Election Season?

Recalling the Independence movement, Randeep Singh, a farmer from Bhatinda in Punjab, told The Wire, “Punjab’s relation with Bengal is very old. Both Bengal and Punjab fought together during our Independence struggle. So, here we are to help you (Bengal) to fight against anti-people, anti-farmer BJP.”

All India Kisan Sabha (AIKS) general secretary Hannan Mollah, who was also an eight-time CPI(M) MP from Uluberia of Howrah district, who was also present at the press club on Friday said, “Narendra Modi’s government is the most anti-farmer government in the Indian history. So, we are all fighting against it. Today, raising above the issues of caste, religion, culture,‘kisan’ has emerged as a new identity. This fight will pave way for new possibilities. We will fight this out until we win. Till then it will continue.”

Post the press meet, the farmers took out a rally to Ramlila Park in Moulali and sat for a demonstration. “A BJP defeat in Bengal will help debunk government supporters’ claim that the farmers’ movement is restricted to Punjab and Haryana,” said one of the farmers present at the Ramlila Park.

Notable social activist Medha Patkar said, “In today’s Rajniti (politics) there is neither raj nor niti. Every single farmer and labour of this country is now suffering. We can’t tolerate it. Bengal is the soil of many revolutions. History tells us that people of Bengal had fought many battles to save their land and water. We are here together to save the land of Bengal. This (central) government has sold everything. Now they targeted Bengal, they will destroy Bengal’s agriculture like they did in Bihar. They will destroy Bengal’s mandis. So, I would request the people of Bengal to vote against the party that sold out their zameer (conscience) and zameen (land).”

The farmer leaders’ visit to Nandigram in East Medinipur district will be keenly watched by the people of Bengal as it has become the epicentre of the fierce battle between the ruling Trinamool Congress (TMC) and the BJP. The incumbent chief minister has relinquished her old constituency Bhowanipore to contest from Nandigram against her former trusted lieutenant Suvendu Adhikari, who switched over to the BJP three months back.

Leader of the Bharatiya Kisan Union (BKU) Rakesh Tikait will be reaching Kolkata on March 13 morning and will lead the mahapanchyat organised by SKM in Nandigram.

Tikait’s emotional speech in the face of an eviction order on January 28 at the Ghazipur border became a symbol of resistance against the three farm laws as it was credited for mobilisation of several hundreds of famers from western Uttar Pradesh.