With assembly polls in Punjab slated for February 20, the former prime minister released a video message appealing to the electorate in the state to vote for Congress. 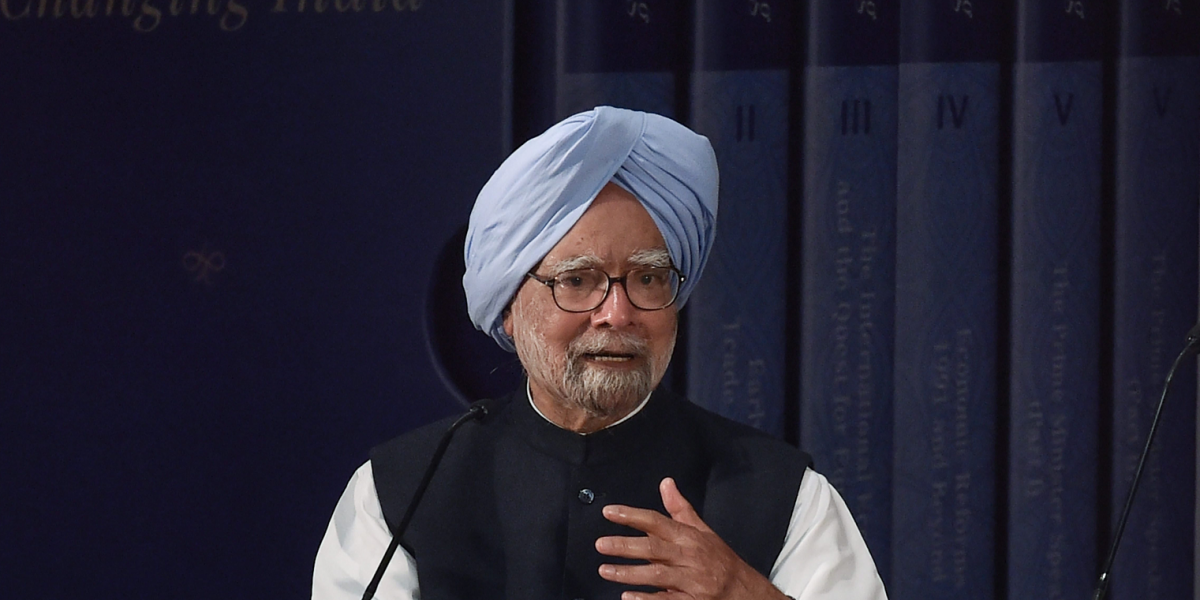 New Delhi: Former prime minister Manmohan Singh has said that the current government is indulging in “fake nationalism” while the country reels under price rise and unemployment.

With assembly polls in the crucial state of Punjab slated for February 20, Singh released a video message on Thursday, February 17, appealing to the electorate in the state to vote for Congress.

Directing his scathing attack at Prime Minister Narendra Modi, he said, “On one hand, people are facing problems of inflation and unemployment, on the other, the present government, in power for the last seven and a half years, rather than admitting its mistakes and rectifying them, is still blaming first prime minister Jawaharlal Nehru for people’s problems.”

In a word of advice to his successor, Singh said, “I feel that the prime minister’s position has a special dignity and should not blame history to downplay faults.”

Singh said that the Modi government had been following the “divide-and-rule policy” adopted by the British imperialists. “This government’s fake nationalism is hollow and dangerous. Their nationalism is based on the British policy of divide and rule. Constitutional institutions are being weakened.”

He lamented that there was “selfishness and greed in the government’s economic policy”. “For their selfish interest, they are dividing people and making them fight,” the former prime minister said.

On the issue of Chinese incursions on the India-China border, he said, “This government has also failed on foreign policy. China is sitting at our border and efforts are being made to suppress it (incursions).”

“I hope the prime minister has understood that foreign policy cannot be conducted by forcibly hugging leaders, playing on swings or going for biryani uninvited,” he added.

Cautioning the electorate in Punjab against the “divisive policies” of the BJP, he said the Union government had been trying to “malign Punjab and Punjabis”.

Referring to the alleged security breach that left Prime Minister Modi’s convoy stuck on a flyover in Punjab for 15 minutes because of protesting farmers, he said, “A few days ago, in the name of the prime minister’s security, an attempt was made to defame Chief Minister Charanjit Singh Channi and the people of the state. During the farmers’ agitation, too, an attempt was made to defame Punjab and Punjabiyat. The world salutes the bravery, patriotism and sacrifice of Punjabis, but the NDA government did not talk about any of this. As a true Indian from Punjab, all these things deeply hurt me.”

Reflecting on his 10-year tenure as prime minister, Singh said, “When I was prime minister for 10 years, I spoke through my work. I never let the country lose prestige before the world. I never undermined India’s pride. I am satisfied that I was called ‘Maun Mohan’, and false allegation of corruption was levelled against the government but the nation remembers my good work and the BJP has been exposed.”