Fact-Check: Did Shah Jahan Chop off the Hands of Taj Mahal Workers?

The claim that Shah Jahan chopped the hands of those who built the Taj Mahal is a well known urban myth. However, it's being used by news channels to compare PM Modi with Mughal rulers. 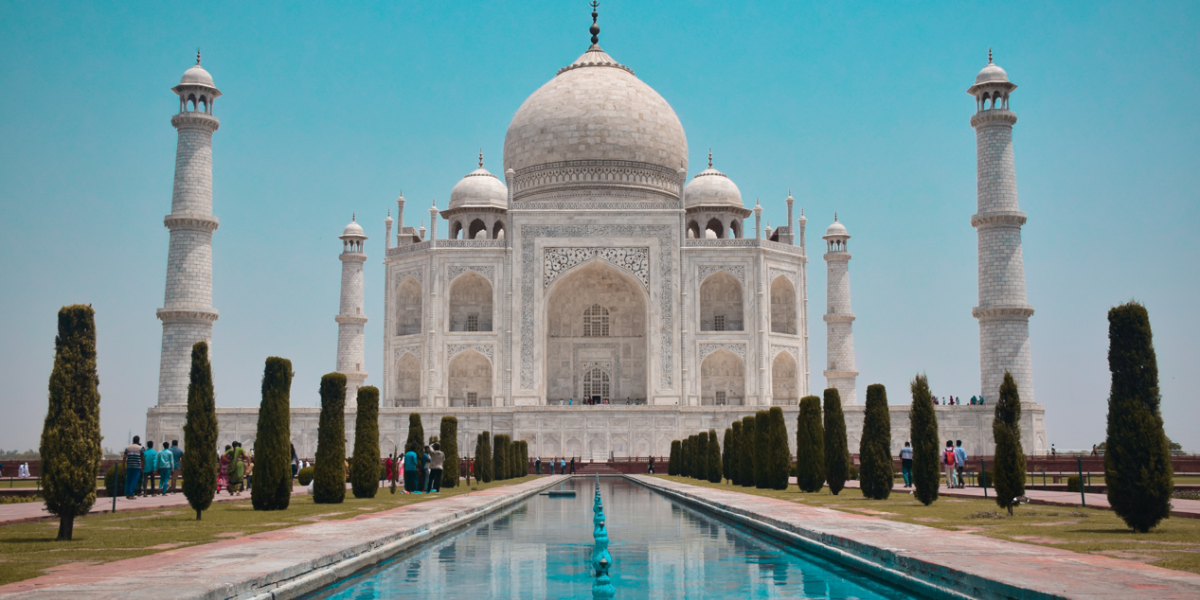 On December 13, Kashi Vishwanath Dham was inaugurated by Prime Minister Modi. He showered flower petals on sanitation workers at Kashi Vishwanath Temple as a gesture of gratitude for keeping the temple clean. While covering this event, News18 anchor Amish Devgan compared the prime minister with the 17th century Mughal Emperor Shah Jahan. He claimed that while Prime Minister Modi showered flower petals on sanitation workers, Shah Jahan had chopped the hands of those who built the Taj Mahal.

This claim was repeated by Union agriculture minister Narendra Singh Tomar in Gujarat. “Taj Mahal workers’ hands were chopped off, and then there is PM Modi who showered flowers on the workers behind the development of the Kashi Vishwanath corridor to express his gratitude,” he said in Gujarati.

#WATCH | On one hand, Taj Mahal workers' hands were chopped off, and then there is PM Modi who showered flowers on the workers behind development of the Kashi Vishwanath corridor to express his gratitude: Union Agriculture Minister Narendra Singh Tomar in Anand, Gujarat pic.twitter.com/nXyLjMp8CL

BJP leader Vinay Tendulkar made a similar claim on Twitter.

Shah Jahan – Chopped off the hands of the craftsmen who made taj mahal.

Narendra Modi – Paid respect by blessing them with flower shower as a sign of gratitude towards their hard work.

There is a huge difference in culture, intentions and conscience.#KashiVishwanathDham pic.twitter.com/yGo5z35QIU

Alt News found that one of the oldest instances of this claim by a verified media account was by the UK-based Wired in 2010. Six years prior to this, UK’s leading news portal The Guardian also made the same claim.

Shah Jahan had the hands of the craftsmen & architect chopped off after building Taj Mahal so they couldn't build anything so grand again.

The amplification of an urban myth

The claim – Shah Jahan chopped the hands of those who built the Taj Mahal – is a well known urban myth. Alt News spoke with historian S Irfan Habib who said, “I can state that there is neither any evidence to back this story nor any credible historian has ever made this claim. It is worth noting that this urban myth goes back to the 1960s and I heard it through word of mouth. However, there is one notable difference. Today, there is a communal spin to the myth, while back then it was more like a jibe on Shah Jahan.”

Also read: PM Modi Must Realise That a Diarchy Is as Big a Threat to Democracy as Dynastic Politics

On Google Books, we found ‘Journal of Historical Research’ published by the Department of History, Ranchi University in 1971. It addresses the story as an urban legend.

In 2017, The Times of India debunked multiple myths related to the Taj Mahal, including the one at hand. “This story contrasts with available evidence and a vast settlement called Taj Ganj that still exists today. It was set up by Emperor Shah Jahan to house the thousands of masons, artisans and other workers who had assembled from the distant parts of his empire. The descendants of those workers still live there and practise the skills of their forefathers,” the article said. It was authored by journalist Manimugdha Sharma. 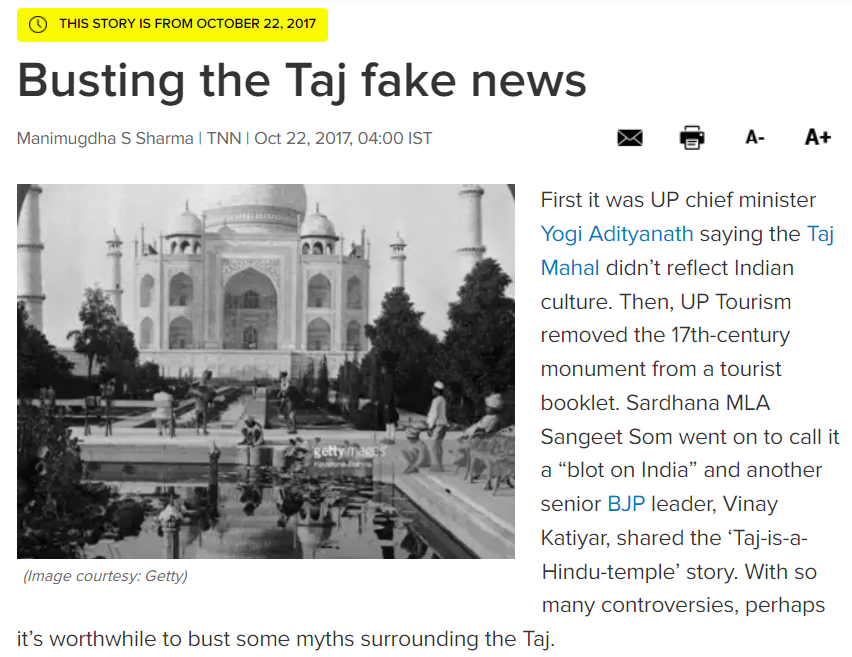 India Today had published a listicle on Shah Jahan in 2016 where this claim is again referred to as a myth.

That same year, Pakistan-based news outlet Dawn published an article about New York-based Rajiv Joseph’s play ‘Guards At The Taj’ which is based on the same myth. The article states, “The story about Shah Jehan ordering the amputation of 40,000 hands has entered folklore. Even though no contemporary account confirms this incident, the fact that it is still widely believed is proof of the unchecked power wielded by the Mughals, as well as by other monarchs of that period.” The Hindustan Times also published a report on this play.

More crucially, no such information is stated on the official website of the Taj Mahal as of December 2021. However, the website Taj Tours published a blog addressing this myth. The blog hypothesised how the myth came about, “In reality, Shah Jahan imposed a moral boundation on his workers that they cannot work for any emperor. In modern time, we call it as a contract between the emperor and his workers. So, the saying “hands of the workers were amputated” came into being as these workers could not seek new work from any other emperor.”

Manimugdha Sharma, who has authored multiple articles regarding misinformation targetting the Taj Mahal, refuted any historical basis for this claim while speaking to Alt News.

News18 anchor Amish and BJP leader NS Tomar amplified decades-old urban myth targetting Shah Jahan. There is no evidence that Shah Jahan cut off the hands of the workers who built the Taj Mahal.