Explainer: The Defection Story Playing Out in West Bengal

The TMC knows its home turf well and has been trying to tackle the BJP's surge since 2017. 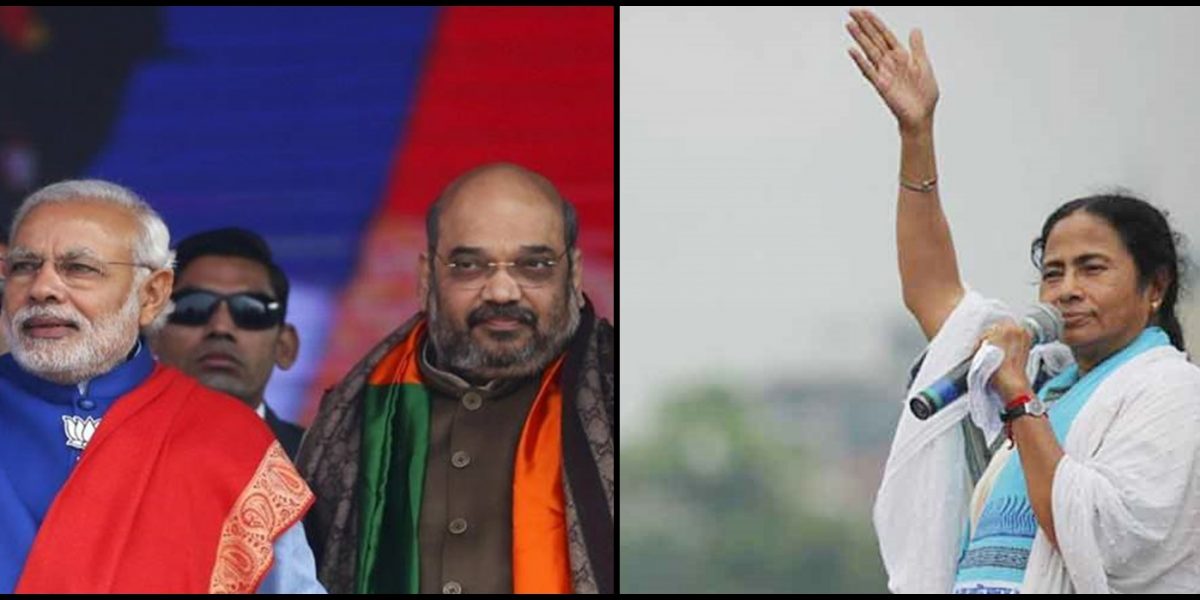 The BJP and the Trinamool Congress are both engaged in poaching leaders from rival parties. Credit: Reuters

Kolkata: With Lok Sabha election dates announced, parties are in the process of finalising their candidates before campaigning begins full-swing. This also brings about the season of defections. In West Bengal, the last-minute horse-trading has commenced.

There is speculation that Congress veterans like Adhir Ranjan Chowdhury and Deepa Damunsi will be defecting to the Bharatiya Janata Party – though no such declarations have been made as yet.

Chowdhury is a four-time MP from the Berhampore constituency. He was the West Bengal Pradesh Congress Committee chief for the past 4.5 years. Last September, however, the party high command replaced Chowdhury with veteran leader Somendra Nath Mitra as the party president.

Since then, Chowdhury has repeatedly condemned the decision and accused the party leadership of not even informing him of his removal. The BJP is trying to take advantage of this situation. Local Congress leaders, however, believe that Chowdhury is a “loyalist” and won’t defect.

Much like in Karnataka, the BJP is trying to poach leaders from rival parties before announcing its list of candidates in West Bengal. Mukul Roy – the former right-hand man of Trinamool Congress president and chief minister Mamata Banerjee, who is now the BJP’s state leader – is said to be engineering the plan.

Roy joined the BJP in November 2017, after a fallout with Banerjee. His entry is said to have strengthened the party’s ground-level organisation in West Bengal.

On March 8, Roy visited TMC MLA Sabyasachi Dutta at his residence. A day later, Dutta decided to skip the TMC’s North 24 Parganas district committee meeting. This sparked controversy and some media outlets reported that Dutta is likely to join the BJP.

Dutta, a prominent legislator from the Newtown-Rajarhat area in Kolkata, has a strong following among booth-level workers. Dutta’s defection would help the BJP in two ways: it will have a face in a TMC bastion and will strengthen its ground-level networking.

Two days later, after many meetings with the TMC leadership, Dutta confirmed that that he is a “loyal soldier”. A TMC councillor of the Bidhannagar Corporation, on the condition of anonymity, said, “The chief minister directly intervened and asked Sabyasachi not to leave the party. The party may also offer him a ministry as a reward for his loyalty.”

Riding high on its performance in recent elections and a sharp surge in its membership in Bengal, the BJP now aims to increase its Lok Sabha tally in the state. The party often uses defectors to win elections. It did the same thing before the Assam assembly polls – by poaching Congress strongman and Tarun Gogoi loyalist Himanta Biswa Sarma.

In Bengal, it is more important as the party has hardly any prominent faces.

Ghosh has been declared an absconder by the CID in a fraud and extortion case lodged in West Midnapore. Panda was quizzed by the CBI and the ED for his involvement in Saradha scam.

On March 14, reports said that TMC strongman and Bhatpara MLA Arjun Singh had joined the BJP after the TMC denied him a ticket. This could be a setback for the TMC. For over two decades, Singh has remained an asset because of his credible presence among the state’s Hindi speakers.

Biswanath Chakraborty, a political analyst, observed that Singh’s non-Bengali face will help the BJP win in Barrackpore. “If Arjun Singh contests from Barrackpore under the lotus banner, he will win.”

These defections may not, however, have much impact on the TMC’s prospects.

Political experts believe Banerjee’s image and the TMC’s strong election machinery are the reasons why unpopular leaders like Khan and Anupam Hazra won in the 2014 elections.

Other than poaching TMC leaders, the BJP was successful in poaching Dulal Chandra Bar – a Congress MLA from Bagda – and CPI(M) MLA Khagen Murmu.

Maidul Islam, assistant professor of political science at the Centre for Studies in Social Sciences in Kolkata, observed that with these defections, the BJP will be perceived more like a “Bengali party”. However, Islam said, “With the defections of Mukul Roy and Arjun Singh, BJP can no longer accuse TMC of being a corrupt party.”

Defections to the TMC

The TMC knows its home turf well and has been trying to tackle the BJP’s surge since 2017.

On March 12, it announced its list of candidates for the 42 constituencies in Bengal. Of the candidates, nine were recent defectors – seven from the Congress, one from Forward Bloc and one from the Gorkha Janmukti Morcha (GJM).

The defections started after the TMC formed the government for the second term. In September 2016, veteran Congress leader Manas Bhunia switched to the TMC after a month-long feud with party’s state leadership.

In another setback, Malda North MP Mausam Noor joined the TMC in January. Noor is the niece of a former Union minister and two-time MP from Malda North, the late A.B.A. Ghani Khan Choudhury . For decades, the Congress has been getting legacy votes from Malda on account of Choudhury, which are now likely to shift to the TMC.

In addition, the party has managed to attract hundreds of block and panchayat-level leaders from all parties in Bengal over the past few years.

After announcing the candidates’ list, Banerjee said, “Everybody can’t be accommodated all the time. Those who want to look elsewhere over such trivialities are free to leave. I don’t care.”

After the West Bengal assembly elections in 2016, at least eight Congress legislators moved to the TMC or BJP. This brought down the party’s assembly strength from 44 to 36. The Congress is now at risk of losing its opposition party status.