Explainer: What the ED Probe into PDP Chief Mehbooba Mufti Is All About

Mehbooba has termed the ED probe as an attempt by the Central government tool to “dismantle” her party, which has suffered several setbacks and desertions since its coalition with the BJP collapsed in 2018. 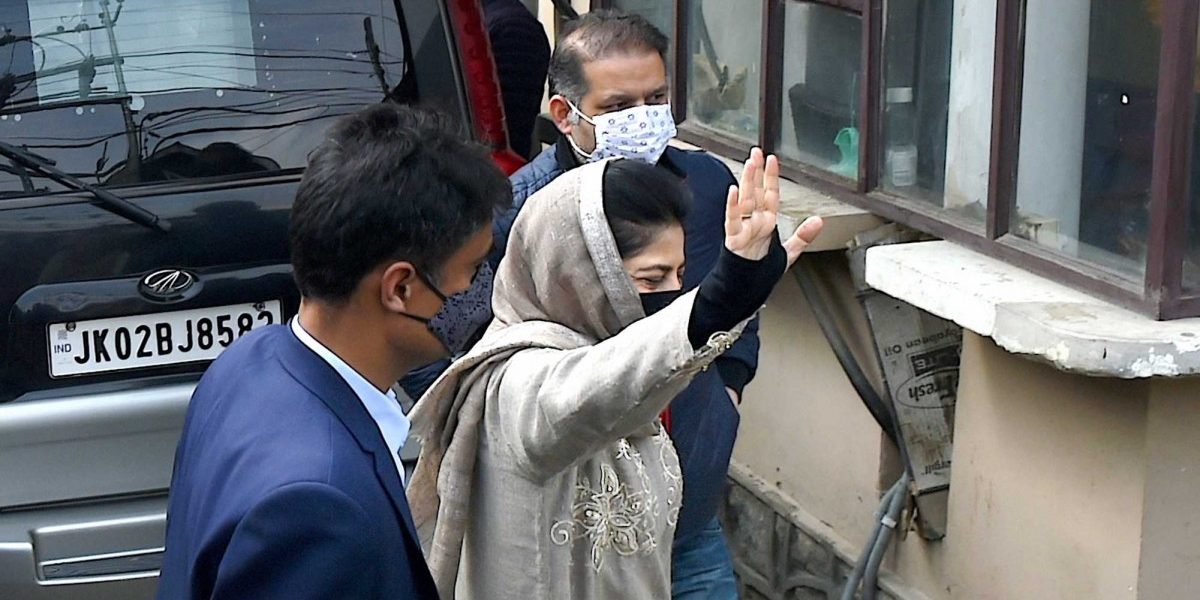 According to the ED, the entries in the dairies allegedly show that the former chief minister had diverted Rs 7-8 crore from the chief minister’s discretionary funds for “personal” and “political purposes”.

The ED claimed to have found the dairies during searches at two properties in Srinagar and Delhi owned by Fazili, a former PDP legislator and a close friend of Mehbooba’s. The former chief minister termed the searches as a “witch-hunt” against “anyone and everyone who is close to me”.

Earlier, the PDP chief recorded her statement under the Prevention of Money Laundering Act before the agency in Srinagar on March 25. During her questioning that lasted for about five hours, she was shown portions of the two dairies.

According to reports, the agency has questioned several people, including Mehbooba’s security details when she was the chief minister, and at least 23 bank accounts have been scrutinised to make out a case of diversion of funds.

“The agency is now set to question members of Mehbooba Mufti’s family in connection with allegedly significant deposits into their bank accounts when she was Chief Minister,” Indian Express reported.

The discretionary grants are secret funds kept at the disposal of the prime minister, chief ministers, central and state ministers and other public officials for meeting expenses whose endpoint is public welfare and improving the “security of state,” said former J&K advocate general Isaac Qadri.

“Because these are secret funds which are not audited,” Qadri said, “the law is silent on how they are meant to be expended. However, in Jammu and Kashmir, I believe there are internal guidelines which govern the expenditure of discretionary funds.”

Another former advocate general of J&K, who didn’t want to be named, said the discretionary funds are not audited because they are meant for “betterment of the country’s security” and “welfare of the people”.

“There is no clear legal framework on the use of discretionary funds. What may constitute as personal or political reason for an investigating agency may fall well within the definition of discretionary powers of a chief minister. It is a matter of interpretation,” he said.

Advocate Qadri said the Constitution “trusts the wisdom” of the prime minister, chief ministers and others to use these funds for betterment of the state and the people. “These funds should be ideally used for the destitute and, victims of manmade and natural calamities . They are not meant for personal use,” he said.

Mehbooba has termed the ED probe as an attempt by the Central government tool to “dismantle” her party which has suffered several setbacks and desertions since its coalition with the BJP collapsed in 2018.

“GOI (Government of India) is trying to dismantle PDP by luring & threatening its members. Investigative agencies like ED are being used to intimidate me….. If this isn’t political vendetta then what is?” Mehbooba said in a tweet, ahead of her questioning by the ED in Srinagar.

Among the high-profile leaders who have deserted the party in past three years are the PDP co-founder and senior lawyer Muzaffar Hussain Baig, former minister and influential Shia leader Imran Ansari and businessman-turned-politician Altaf Bukhari.

While Baig and Ansari have joined the People’s Conference led by Sajad Gani Lone, Bukhari floated J&K Apni Party, which won the chairmanship of two districts in the recently concluded District Development Council elections, with the support of the BJP.

Watch: ‘Balakot Was Orchestrated to Benefit BJP in Polls’: Mehbooba Mufti to The Wire

Speaking with The Wire, she said the BJP government is trying to “malign my image and discredit my party”. “The financial rule for discretionary fund is clear: it can’t be audited and it can’t be disclosed to the public,” Mehbooba said.

The PDP chief said that in her tenure as J&K chief minister, she spent discretionary funds for various “youth engagement programmes” and the welfare of “destitute” people.

“This is a political witch hunt in which the central investigation agencies have become parrots of the BJP government,” Mehbooba, whose passport renewal application was turned down recently by the UT administration, said.

If convicted, the former chief minister may face jail term not less than three years which may extend to seven years and she “shall also be liable to fine which may extend to five lakh rupees”, according to The Prevention of Money Laundering Act 2002.